As a blanket of snow falls across the UK, it seems like a good time to highlight some objects in the Museum’s collections with wintry stories to tell.

The winter of 1683-4 was so cold that the River Thames froze over. The ice was so thick that Londoners were able to head onto the river and engage in such incongruous activities as fox-hunting, bear-baiting and football. They even roasted meat on the ice. Tradesmen erected stalls on the ice selling souvenirs, including this rare glass mug, inscribed on its metal mount with the words ‘Bought on ye Thames ice Janu: ye 17 1683/4’. Frost fairs have only happened six times in London’s history, with the last in 1814. Not only does the mug commemorate one of London’s most unusual events, it is also the only accurately dated glass of the 1680s. 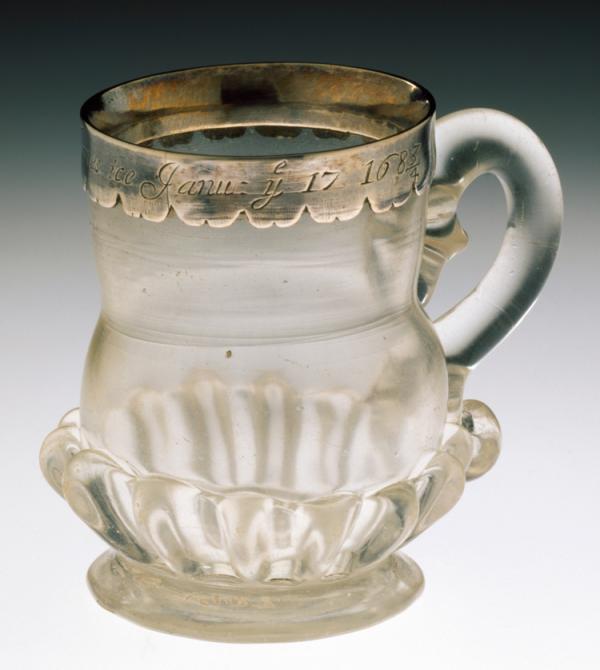 You can read more about the Frost Fair Mug here

This tiny yet intricate 19th-century netsuke illustrates a wintry legend that is one of the 24 examples of Chinese filial piety. In the middle of winter when there was a thick covering of snow, Moso’s mother had a yearning for bamboo shoots. Moso dutifully set off to search for the unseasonal delicacy. Against all odds he found some, and on the netsuke is shown cutting the bamboo shoots while sheltering from the elements. 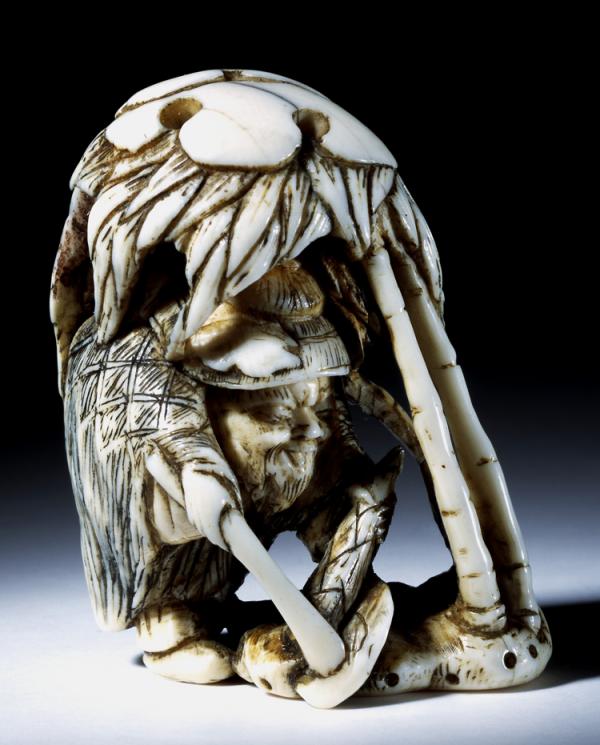 More information about netsukes can be found here and in Search the Collections.

If you have plans to make a snowman this weekend, this photograph may provide some inspiration. It shows a man sculpting the Museum’s namesake Queen Victoria out of snow on a winter’s day around 1890. Unfortunately the identity of the patriotic sculptor is unknown. 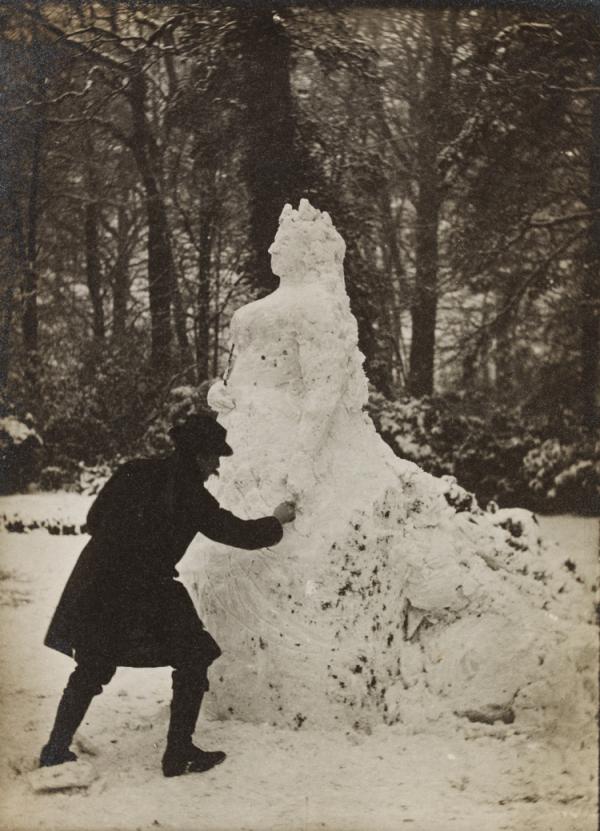 More snowy objects can be discovered through Search the Collections.