The V&A is inviting applications from early to mid-career UK-based digital games designers who wish to develop their practice in response to the V&A’s Britain 1500 – 1900 galleries.

The Residency will be based in the V&A for six months, and will include a substantial public engagement programme. It will be followed by a production period that will be based in Dundee, funded by the V&A at Dundee partners, including the University of Abertay Dundee. The V&A Residency will take place over a six-month period from October 2013 – March 2014 in London with the Dundee-based production period to take place before end of July 2014. A studio will be provided at the V&A in London, and a work base in Dundee. The residency has been organised in collaboration with UK Interactive Entertainment (UKIE), the games industry body. 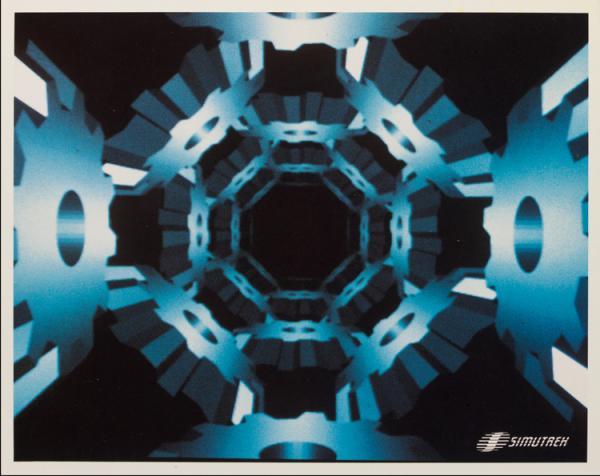 Still of an animation from the 1983 computer game Cube Quest
Designed and programmed by Paul Allen Newell.
Museum no. E.985-2008