To celebrate the festive period, artists Helen and Colin David – of textile label English Eccentrics – were commissioned to create the spectacular 2013 Christmas Tree for the Grand Entrance of the Museum. 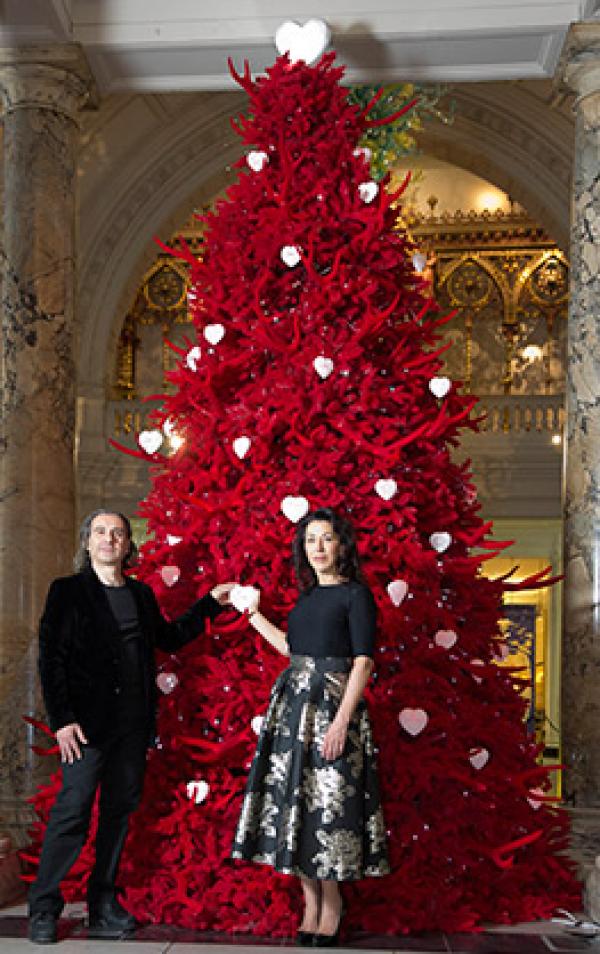 The ‘Red Velvet Tree of Love’ is traditional in shape but is coated in visceral red flocking to give a deep velvet-like appearance. The scarlet Christmas Tree is decorated with 79 sets of hand cast replica antlers and 67 white, heart-shaped baubles. The baubles have been printed in 3D and reference traditional Christmas motifs. 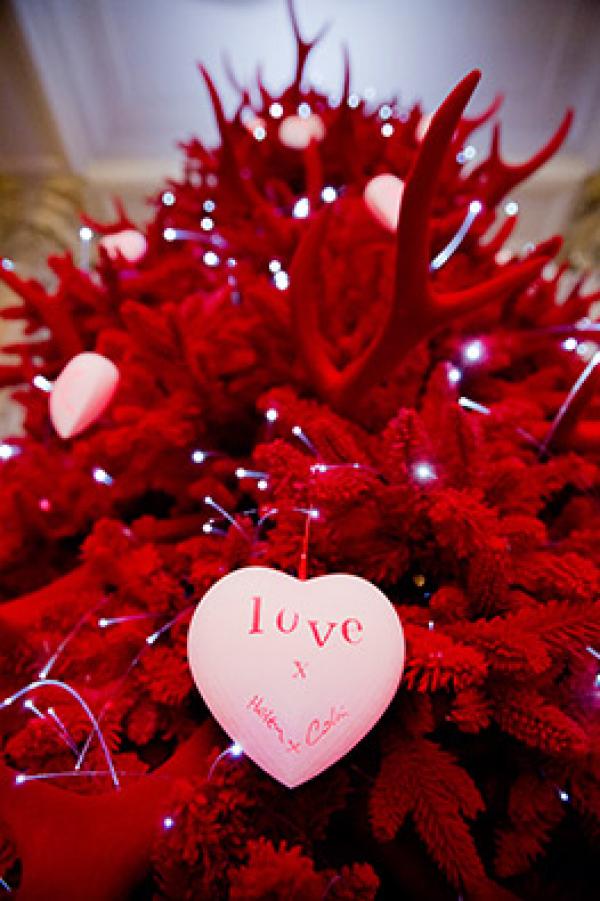 The design for the tree was inspired by the V&A’s collection, specifically a H.F.C Rampendahl chair dating from 1860, which has a frame primarily made from real antlers and is upholstered in velvet. Helen David said; ‘I have always found beautiful and inspiring objects at the V&A, since I first came to London and visited as an art student. The combination of the feminine velvet and the masculine antlers of the Victorian era chair provided a very inspiring starting point for the tree, and of course the words ‘velvet’ and ‘antler’ begin with the letters V&A.’ 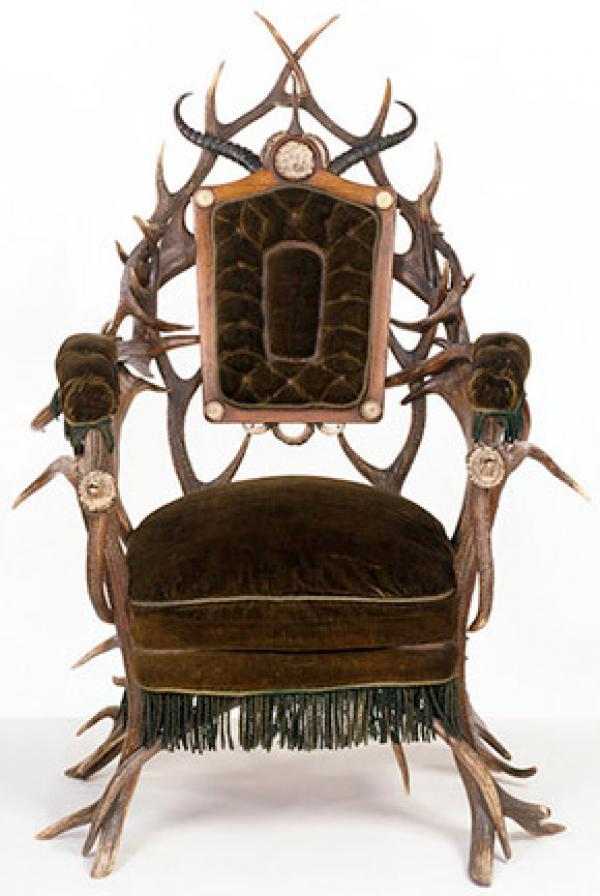 Helen and Colin have observed the natural growing and falling of deer’s antlers from their print studio on the edge of a deer park in Norfolk. Male deer grow antlers in the spring, which are protected by a velvety growth; a stage described as ‘in velvet’. This process is referenced in the red antlers of the Christmas Tree, which are also ‘in velvet’. A selection of the baubles feature the shape of a deer taken from a 1766 printed linen from the V&A’s collection. The other baubles depict snowflakes or the artists’ signatures. 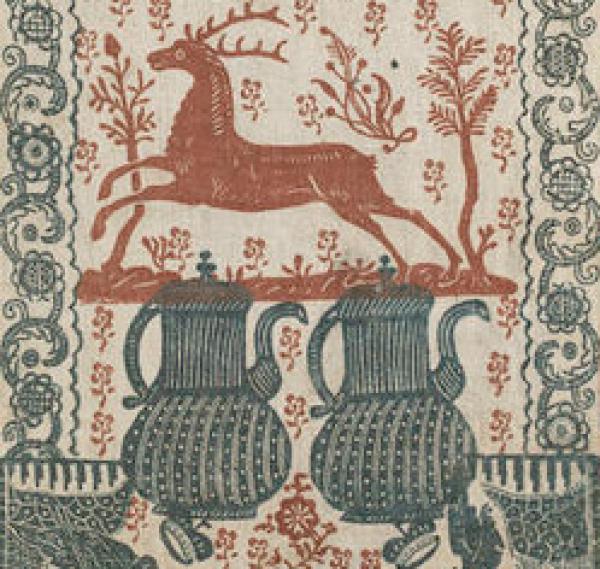 Take a look at our previous Christmas Tree commissions.