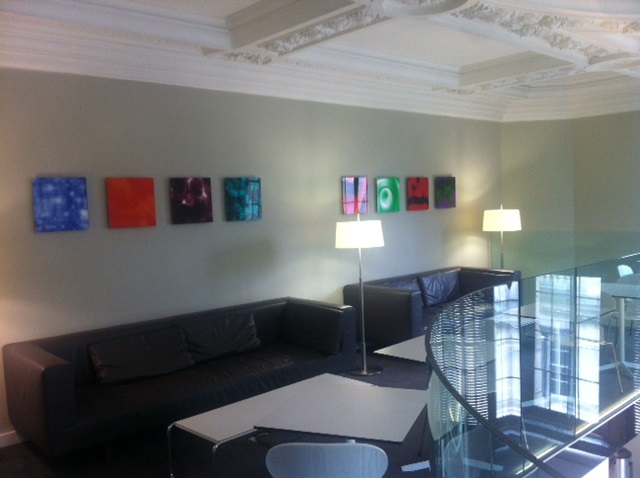 Plans are afoot to move the V&A’s Members’ Room and Carmody Groarke, an award-winning architecture studio based in London, have been selected to design the new £1.3 million flexible and atmospheric space. The competition attracted interest from architects across the world before 5 teams were shortlisted and the winner was announced. The new Members’ Room will open in late 2017.

However, before this relocation takes place the existing and recently repainted Members’ Room has also undergone a change and is the site of a new display entitled Move 36 by Eduardo Kac. Coinciding with the V&A’s Engineering Season (18 May – 6 November 2016), this is the first time the artworks have been exhibited in the Museum. 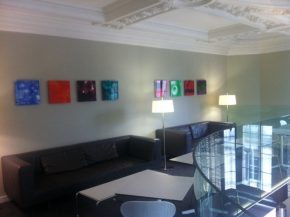 The suite of prints were made by Eduardo Kac, an artist well known for his interactive net installations and Bio-Art, an art practice where humans work with live tissues, bacteria and living organisms. Kac uses biotechnology and genetics to create provocative works that both explore scientific techniques and critique them.

Since the early 1980s Kac’s practice has encompassed multiple art forms including performance, poetry and telecommunications art (using devices such as a fax, telephone, radio and television). During the 1990s he began exploring his interests in the new area of genetics and biotechnologies. He undertook a series of art projects that he called ‘Biotelematics’ (art which is made and incorporates biological processes intrinsically connected to digital networks) and ‘Transgenic Art’ (a new art form based on the use of genetic engineering techniques). 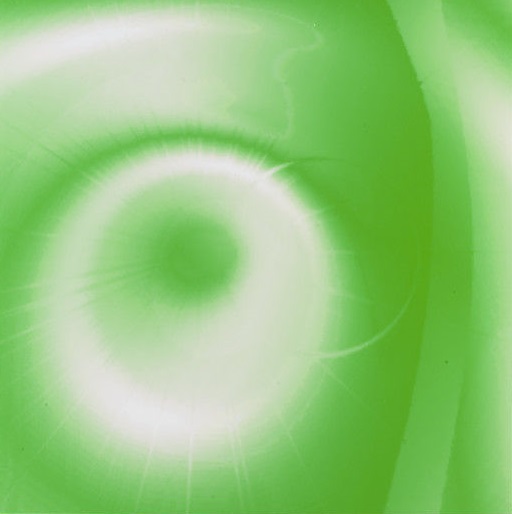 The 8 prints in the V&A’s collection form part of a larger body of work exploring the interaction and boundaries between man and computer. The prints are based upon an earlier installation, also called Move 36.  The title refers to an unexpected move made in 1997 by the IBM computer Deep Blue in a chess game against Gary Kasparov, a chess world champion.  Kasparov and commentators were surprised the computer made a move that, rather than grant instant gratification, was subtle, conceptual and ultimately more skilful. 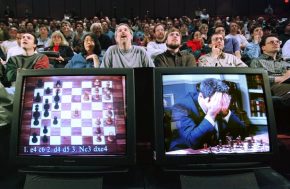 The computer program made history by becoming the first to beat a world chess champion at a serious game. It was not until 2012 when Nate Silver, a statistician and journalist, interviewed one of Deep Blue’s designers that it was suggested the computer’s strategic move was the result of a bug in the software. Nate published his revelations in The Signal and the Noise: Why So Many Predictions Fail – But Some Don’t.

Kac’s Move 36 was an installation that included a chess board made of earth (dark squares) and white sand (light squares). A plant genetically modified by the artist was positioned where Deep Blue made its move 36. The plant was flanked by video projections showing small square grids resembling a chess board.  Each square showed a short animated loop cycling at different intervals to create a choreographed thread of movement.  The projections visualised the multiple paths involved in a chess match.  The 8 digital prints are still images from the Move 36 video projection and are on display in the Members’ Room until September 2016. 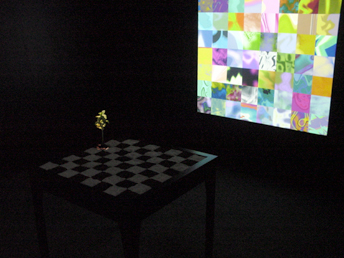 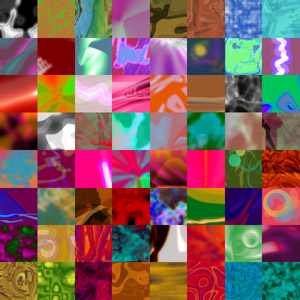