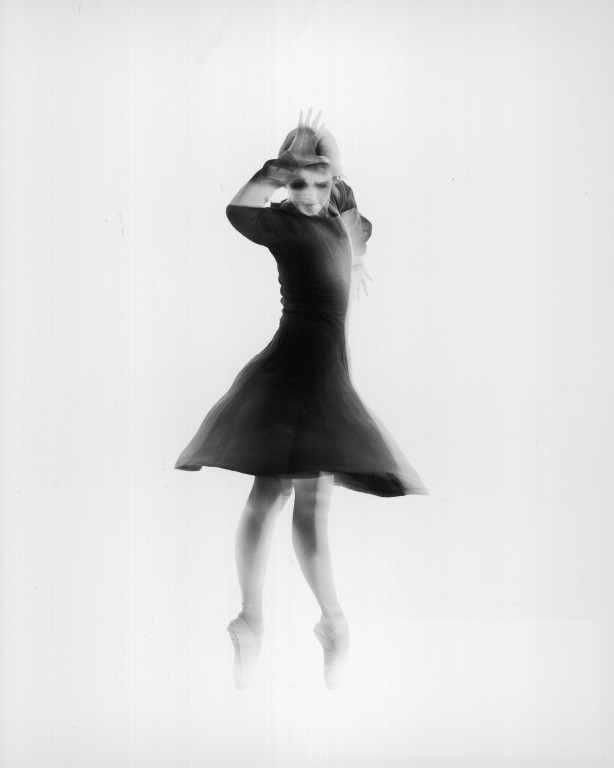 As we mark the 80th birthday of  photographer Anthony Crickmay, Curator of Dance, Jane Pritchard, looks back at his long career.

Saturday 20 May 2017 saw the 80th birthday of one of Britain’s greatest photographers, Anthony Crickmay, best known for his dance and theatre photography. There will be a display of his work opening on 21 November 2017 in the Theatre and Performance Galleries at the V&A which will be his first display since Dance Images at the Theatre Museum in 1991 and will cover the spectrum of his photography: portraiture, fashion, Morocco, as well as theatre.

Crickmay is an entirely self-taught photographer. At the age of 15 he moved to London and found work packing parcels for a photographic supplier before becoming an assistant for the Viennese-born photographer Lotte Meitner-Graf, who became a strong influence on his career. He admired Lotte and her very intense approach to work.

Crickmay’s personal career was launched when he photographed one of his neighbours, the pianist Ivor Newton, who suggested attending on of the Royal Opera House’s open photocalls ahead of a first night. Thus the first theatrical production he photographed was Franco Zefferelli’s Cavalleria Rusticana starring Victoria de los Angeles. When Crickmay showed his results to the Press Officer, both the theatre and Zeffirelli himself were impressed. Crickmay was invited to return the next day to photograph the Kirov Ballet with Alla Sizova and Yuri Soloviev in The Stone Flower. The Stone Flower was his introduction to ballet and dance which became the area in which he has become most widely known. To quote from Dance Australia describing Crickmay’s work, ‘Many very good photographers take excellent pictures of dance. But there are few, very few, whose artistry merges on genius.’

Crickmay’s first photographs of the Kirov were taken just after Rudolf Nureyev defected in Paris so he was well placed to record Nureyev’s career from the time he first danced in Britain. Many of these images have become iconic. Crickmay claimed to have fallen in love with dancers ‘because they gave him such incredible images.’ Creating the majority of his photographs in the photography studio, he regards it as a collaboration between dancer and photographer. He has also captured performances and the hard work in the dance studio. The intensity of emotion in the black and white rehearsal photographs of Margot Fonteyn creating the role of Marguerite for Frederick Ashton, for example, is striking.

The series of photographs of Lynn Seymour as Kenneth MacMillan’s ‘Anastasia,’ Micha Bergese and Robert Solomon, taken for the exhibition In Preparation Anthony Crickmay’s Photographs of 3 Dancers at the Institute of Contemporary Arts (ICA) in 1972, reveal movement and capture the essence of dance. The exhibition was presented at a time when the ICA was creating a number of events around the body, including Janet Street Porter’s Weekend Body Show. For Crickmay it was a turning point; for him dance was no longer frozen, it was free. Or as choreographer Robert Cohan said of Crickmay’s images ‘It’s not just a photograph of a dance but a photograph about dance.’

Crickmay was one of the photographers who recorded plays at the National Theatre in its early days at The Old Vic and move to the South Bank. Among the productions he captured were the Jonathan Miller ‘Victorian’ Merchant of Venice in which Laurence Olivier played Shylock, and the original productions of Tom Stoppard’s Rosencrantz and Guildenstern are Dead and Harold Pinter’s No Man’s Land.

Apart from dance Crickmay loves portraiture. He has photographed three generations of the Royal family and the Queen Mother invited him to take her 90th birthday photographs. Once he has a real rapport with his subject he creates wonderful images and has recently found satisfaction photographing in Morocco, a country he has known and loved; ‘Moroccans don’t project an image – they just are’.

In 1987 the V&A acquired Crickmay’s photographs to that date. The display will focus on the recent digital images Crickmay has made from his original photographs and give the opportunity to rediscover productions and people from the past 60 years.

I worked with wonderful Anthony Crickmay as his casting director and stylist in the (g)olden days! Here’s an Athena poster we did together (I cast and style the two models and it features my own car Ford Prefect LCE 340 as well!)
anthony-crickmay-the-outsiders-photo-print-poster.jpg

I absolutely loved the exhibition! Such wonderful photographs that conjure up a whole world & take you into it. It’s a shame that there is no catalogue or book of his photos. There is one point though – in the photograph that is labelled as Nureyev rehearsing Conservatoire it actually looks like Irek Mukhamedov not Nureyev.