In an installation commissioned for Tate Britain’s major Kurt Schwitters exhibition, the artist Adam Chodzko has reconfigured the V&A’s Kaufmann Office designed by American architect Frank Lloyd Wright.  Designed in 1937, the office was used by Edgar Kaufmann in his Pittsburgh department store until his death in 1955. It was given to the V&A in 1974 by his son, Edgar Kaufmann Jr., and for many years was on display in the V&A’s Frank Lloyd Wright Gallery.  It is an exceptional interior by one of the most important architects of the 20th-century and will be back on view at the V&A once our new 20th Century Gallery opens in the next phase of FuturePlan. 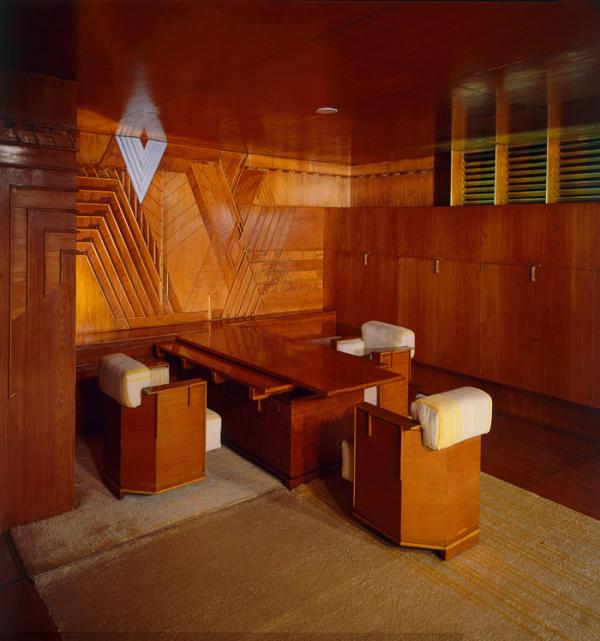 In his installation, Chodzko uses the office to explore Schwitters’ relationship to international modernism. Forced to flee Nazi Germany in 1937, Schwitters arrived in England in 1940 and spent the last eight years of his life in rural Cumbria. Although living out of the cultural mainstream, Schwitters continued throughout his time in England to operate within an international network of artists, patrons and institutions. Chodzko’s work makes tangible a link to Edgar Kaufmann Jr. who, when a curator at MoMA, arranged for Schwitters to be sent $1,000 by the Museum while he was living in poverty in Ambleside.

By re-displaying parts of Wright’s office, with its furniture, Chodzko physically rebuilds a network of relationships and places – weaving a dense web across the fictional and real spaces of 20th century modernism.

I don’t know I’ve not connected before this time but I’m pleased to be kept up to date.
As usual you lead the way!
Do send by best regards to Christopher Wilk.

Oh dear,
That comment should have read:
I don’t know how I’ve not connected with your fine institution before this time but I should be pleased to be kept up to date on your ‘doings’.
As usual you lead the way!
Do send my best regards to Christopher Wilk.
Richard W Lilly 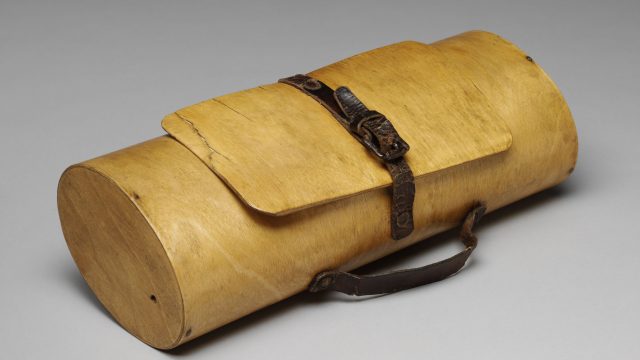 The first objects to be installed into the Europe galleries were the period rooms, which are now all fully built. There are three period rooms in the galleries – a 17th-century...