Peter Kennard, one of Britain’s longest-standing and most influential activist artists, has released a series of posters in response to the G8 Summit hosted this week (17-18 June) in Enniskillen, Northern Ireland.  The posters (which are re-workings of photomontages from his book @Earth) are statements of dissent and distrust towards the activities of the leaders who represent the world’s 8 wealthiest countries. The photomontages splice together existing images to reveal different meanings about financial, military and environmental abuses. They are freely available to download, share, print and post with this exhortation from the artist: ‘if world leaders insist on assaulting our lives and livelihoods, let’s hit back by assaulting their eyes’. 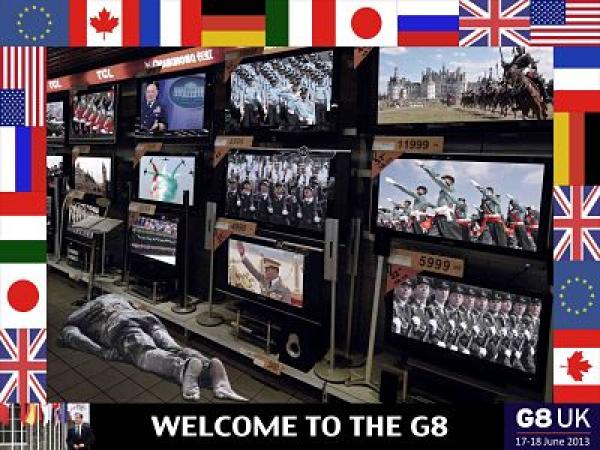 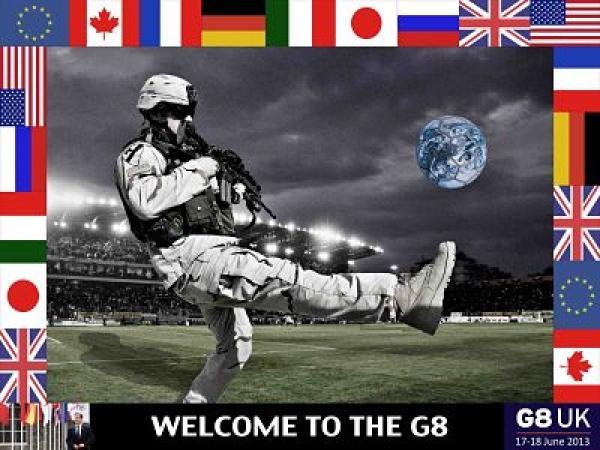 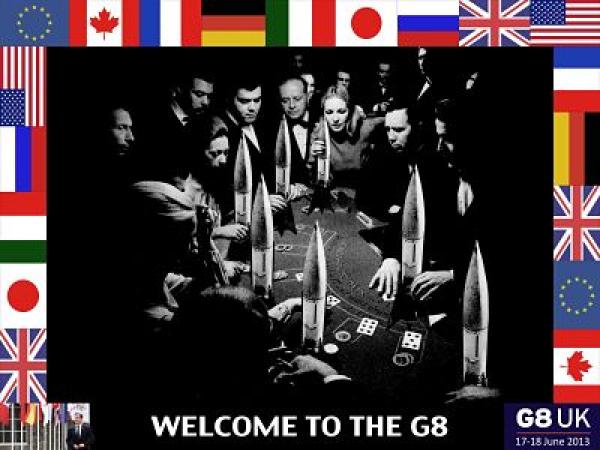 The full set of eight posters can be viewed and downloaded here.

Peter Kennard has been producing political photomontages for over 40 years. His work was the graphic face of the Campaign for Nuclear Disarmament in the early 1980s when the media dubbed him ‘Britain’s unofficial war artist’. In more recent times he has made searing indictments against the Iraq war and the global financial crisis amongst other issues.

There are a number of Kennard’s works in the V&A collection – some of which you can view here.  He has even protested on the V&A’s behalf – demonstrating on the street when museum entrance fees were introduced in 1986 (free entry was reinstated in 1997).  However, getting his work and its message out into the word beyond the confines of museums and galleries has always been crucial to Kennard’s motivation as an artist.  His photomontages have been reproduced on posters, placards, badges, stickers and t-shirts, appearing everywhere from the local laundrette to the United Nations in Geneva. The internet now provides a new platform for this kind of distribution.  Kennard says ‘Tumblr allows different resolution images to become available free for downloading and printing globally, it is a valuable addition to the dissident artists toolbox. G8 is a charade masquerading as a serious conference, my posters attempt to rip through the lies and point to the world as in fact it is’.

People have been busy downloading the G8 posters and using them in locations including Hackney, Glasgow and Enniskillen. 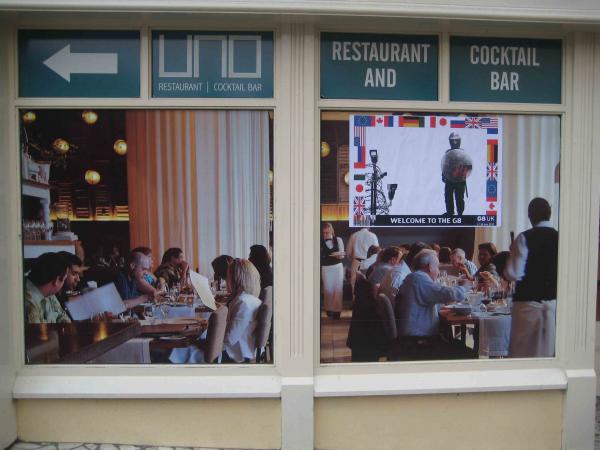 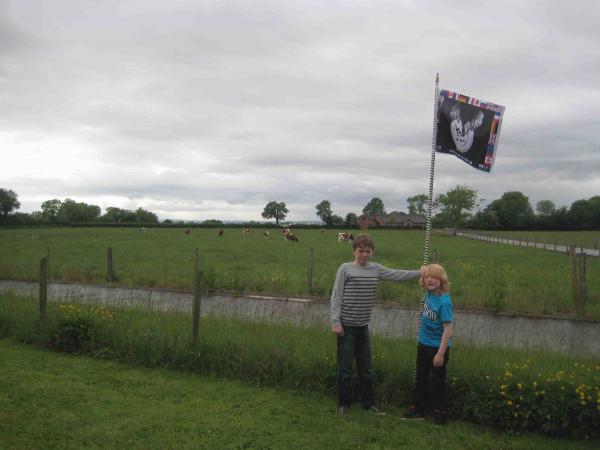 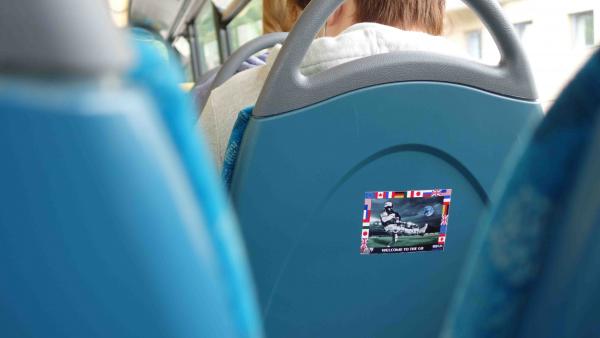