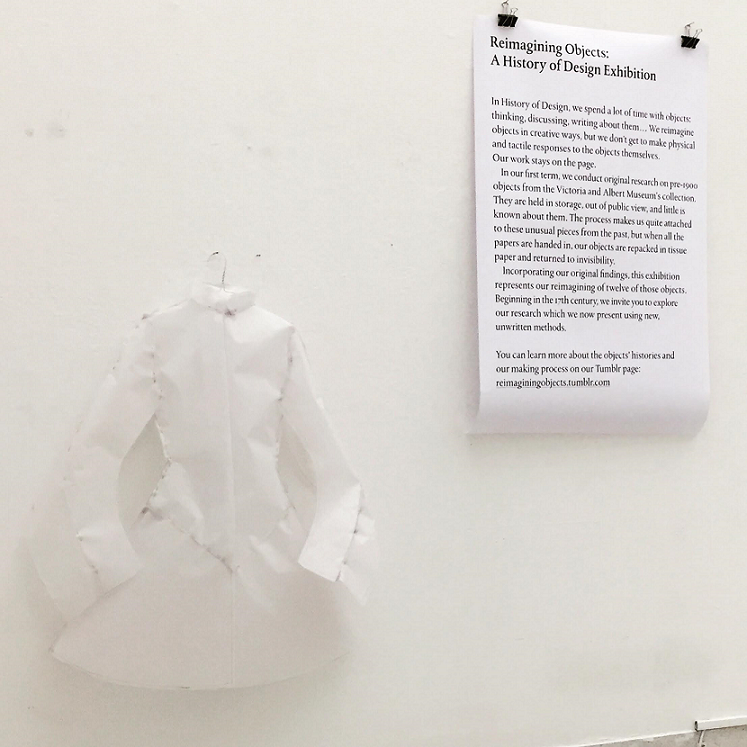 This post was written by second-year student, Melissa Tyler, on the V&A/RCA History of Design MA.

Tucked away from most of the museum is a small, light-filled library used by the V&A/RCA History of Design Masters Degree.  The course is internationally recognized as the leading postgraduate programme for the study of the History of Design and is unique in its relationship between the Victoria and Albert Museum and the Royal College of Art. With a focus on intellectual rigour and creative approaches to the History of Design, students on the course are constantly pushing the definition of this young discipline.

In the Autumn term, first year students produce essays on objects from the museum’s collections. These objects are in storage and most have never been displayed in the museum or seen by the public.  As a result the students’ research sheds light on and reveals new information about these little-known objects. Often the findings challenge the museum’s existing understandings of them, which acts as a motivation to both students and the museum to continue researching areas of design that might have previously been overlooked or objects that deviate from the norm.

In many ways, however, the end product is what might be expected from a research-based Masters programme: a typed essay, double spaced, with an extensive bibliography of primary and secondary sources.  Luckily, the students themselves are not what might be expected. At the beginning of 2016, they eagerly took up the opportunity to reimagine their research in a way that would not only illustrate their original findings in the form of an actual object but also engage with the non-museum side of the Masters, which is based in the Royal College of Art. The effect was to take the students’ research ‘off the page’ and put it firmly in the material world, exactly where the objects themselves belong.

The resulting exhibition involved over half of the first year students and displayed twelve ‘reimagined objects’ from the V&A’s collections. These included a Hungarian folk stocking, where the research revealed that it had been made in Hungary, by ethnic Germans and worn by Croatians; in this case the knitted stocking on display is the work of several makers, including visitors to the show, which highlights the sometimes hidden multicultural dimensions of folk fashion.

Other parts of the exhibition used multimedia to enhance the interactive life the objects had before they came to the museum: stop-motion animation was used to bring a nineteenth-century board game to life; another nineteenth-century object, a pottery pattern book, was recreated and visitors to the exhibition were encouraged to draw their own patterns for a china plate; and a trade card for electric lighting that had explicit colonial and racially charged messages was hidden in a box and could only be seen when a light was switched on and off by the viewer. The exhibition was also a chance to collaborate with other RCA MA departments–such as a series of hangings produced by four students in the Textiles/Materials MA in response to a set of nine seventeenth-century wall hangings.

The afterlife of these objects has been varied–one found its way into a Royal College of Art exhibition in South London—and the exhibition has demonstrated that research in the History of Design can take many forms and engage with a wider audience outside of the typical museum or art school setting.

You can read more about the exhibition objects here.

You can find out how to apply for 2016/17 admission to MA V&A/RCA History of Design here.

I really enjoy going to design exhibitions! They help me improve my creativity.

Very useful stuff you describe here. Thanks for sharing such wonderful information. 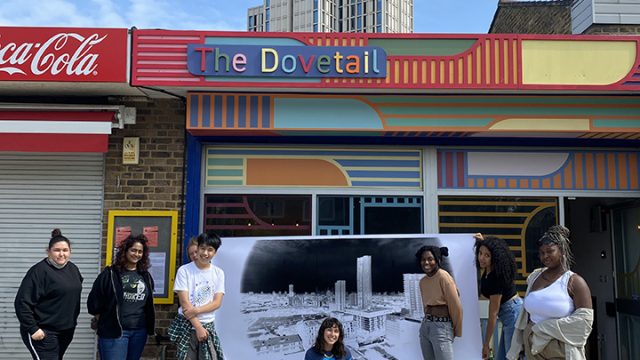