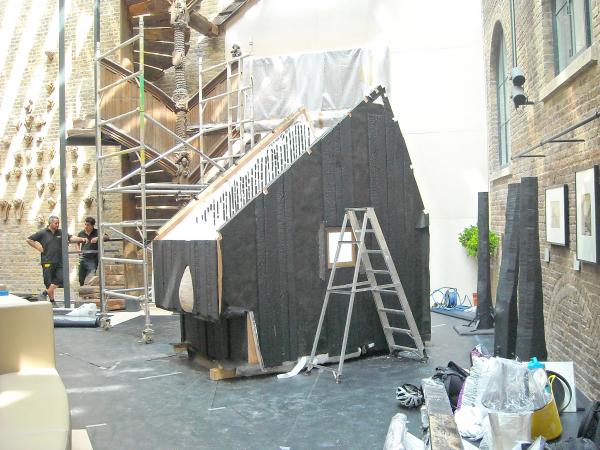 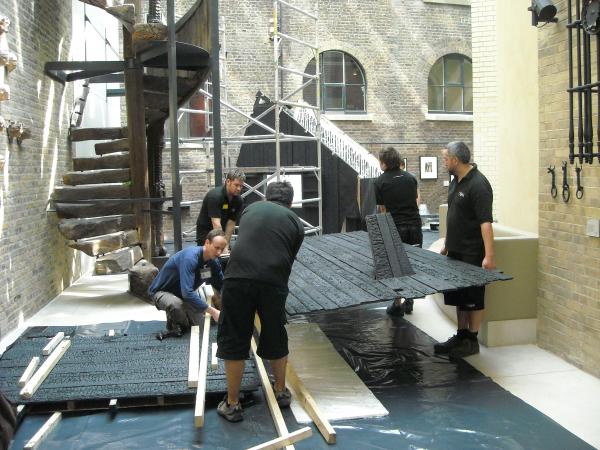 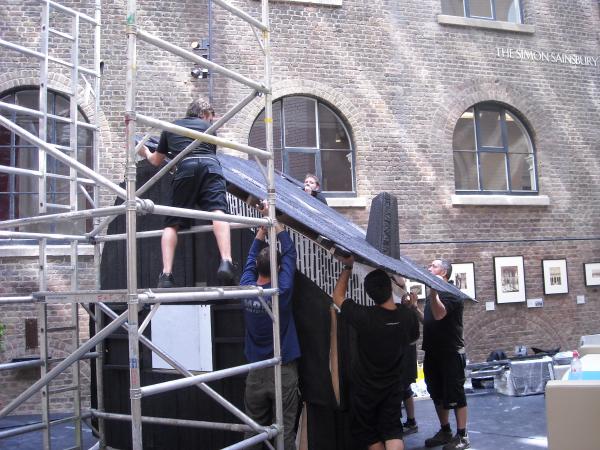 The images above show the build team from MDM Props carefully placing the roof on Professor Fujimori’s teahouse (which will shortly be elevated into position, and have four charred chestnut legs added). Professor Fujimori has been in the UK for the last two weeks, based at the south London MDM workshops, overseeing the meticulous off-site assembly – in collaboration with a number of Royal College of Art students who have contributed a huge amount to this stage of the build process. 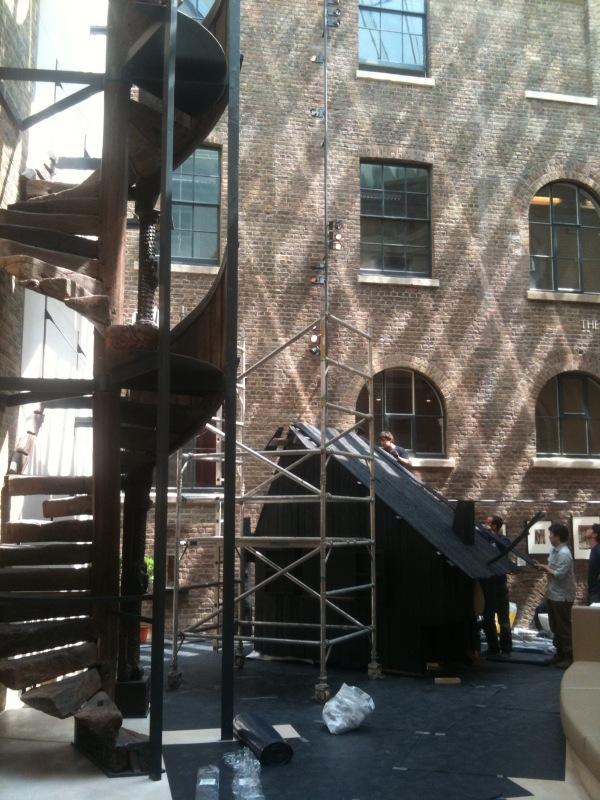 It has been wonderful to see the project firstly being constructed in stages at the MDM workshops, and then transported in parts to the V&A, to eventually be re-assembled here in the Medieval & Renaissance Galleries – its final resting place.