Singing has always played a fundamental part in acts of protests and solidarity the world over. Song signals the peaceful character of a protest against oppressive regimes, and acts as an affront to the brutality that protestors are frequently met with. Both were true of the 17 October protests in Beirut in 2019.

The large protests swarming the streets of the capital’s centre frequently transformed the city into a sounding board. We used our voices, but we also used every virtual object and physical space to produce sounds. You could feel there was a deep-seated thirst for noise, for wreaking havoc through the mouth and into the ears. Nothing expressed our feelings of elation and rage quite like a song, especially when directed at politicians we have long hated.

It is impossible to forget any of the popular songs we sang in unison with thousands of people for months on end. We sang them every day and for long hours. Today, they are reminders of what we were finally capable of saying in public spaces. While old revolutionary and patriotic anthems frequently dominated different protest areas, those of us who were disenchanted or downright bored with the voices of revolutionary pasts were more attuned to new musical expressions that responded aesthetically, lyrically, and politically to the urgent demands of the protests. Lebanese rapper El Rass gave a particularly momentous performance in the squares. It was as if it was no longer possible to sing (or even listen) to a song that reminded us of past failures.

What struck me at the time was how political disillusionment was immediately reflected in how and what we chose to sing. Although for many there is a general emotional connection to protest songs from the ’70s, ’80s, and even the ’90s, the most frequently sung chants and songs were ones invented (and often reinvented from old classics) by a diverse group of activists and protestors, who were central to the political mobilisation of the uprising. The tides were turning, and the songs swayed with them.

Some of the most recognisable and widely used melodies were spontaneously appropriated from football stadium chants and took aim at the ruling class that has led Lebanon to the worst economic crisis in its history. The chants were both crass and catchy. It was doubly cathartic to both curse and sing, to curse while singing. But there were also more poetic moments and songs that hailed from elsewhere. The most memorable one to me appropriated a protest song from Iraq, where demonstrations were taking place simultaneously against the ruling class and religious leaders. Protesters in Lebanon kept the chorus but adapted some of the lyrics to suit the context. We sang it when we marched in thousands and when we huddled in smaller groups on sidewalks late at night; its melody and words were infectious, but perhaps what made it even more resonant was that it came from Baghdad – songs crossing borders we cannot. In the past few weeks, as Palestinians have taken to the streets to protest and resist the brutal and relentless Israeli assault on Sheikh Jarrah, Gaza, and countless other cities and towns in Palestine, I have come across several videos circulating of groups of young people singing this very song there. They too have adapted it and sung it together on the streets.

Activist groups also sung to address the big local banks. From October 2019, the banks started implementing strict capital control in the wake of the growing economic crisis, effectively depriving Lebanese people of their savings. The activists went in small groups to several branches across the city, read tracts or statements inside, and sang songs. A far cry from the crass and rowdy chants we heard among larger groups in public spaces, the intention behind these acts was not to entertain or galvanise but to disrupt the daily functioning of the institution, and to make themselves heard when everyone turned a deaf ear.

Almost two years since the start of the protests, after a year of confinement, and of entrenched anger and sorrow in the aftermath of the horrific explosion on 4 August, there is often little left to take solace in. It becomes harder to sing when you are being choked. Exhausted and anxious, our voices break. I admit that in the darkest and most cynical moments, I’ve looked back at these times when we sang, at the expression of joy, and thought that we were weak; the mere memory of our cavities filled with air seemed to romanticise a moment when we should have been more cautious and apprehensive, more forceful and tactical. But then a video depicting a Palestinian youth rapping verses of Shabjdeed’s Kohl Wa ‘Atmah in front of heavily armed Israeli soldiers surfaces on social media. And I hear on the radio an excerpt of a scene from Randa Chahal Sabbag’s film on Souha Bechara, the famous Lebanese resistance fighter, entitled Souha, Surviving Hell (2000), in which she recounts her time at the infamous Khiam prison. In that short excerpt, edited by Radio Karantina, Bechara says: ‘When they’d decided to execute me, the resistance launched an operation where the execution was to take place.’ The interviewer then asks her: ‘They told you you were to be executed?’ to which Bechara replies: ‘Yes, they [the South Lebanese Army] asked me for my last request. I said, “To sing.”’ 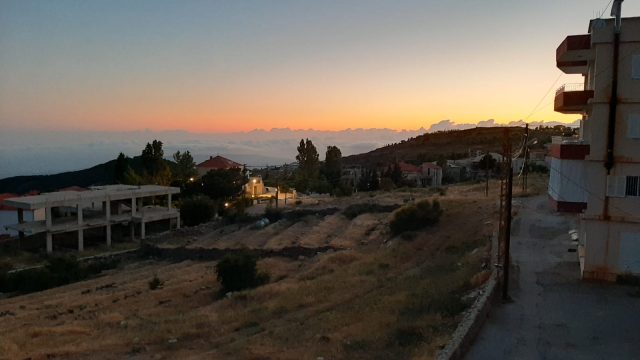 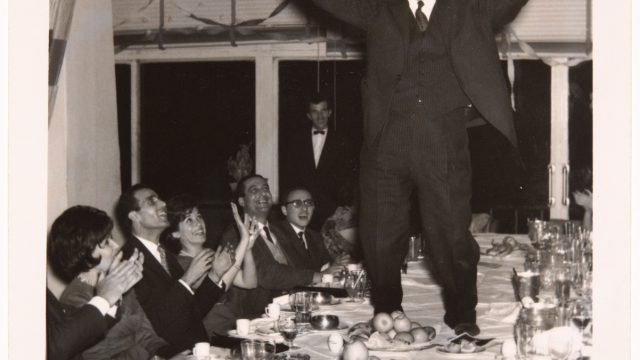 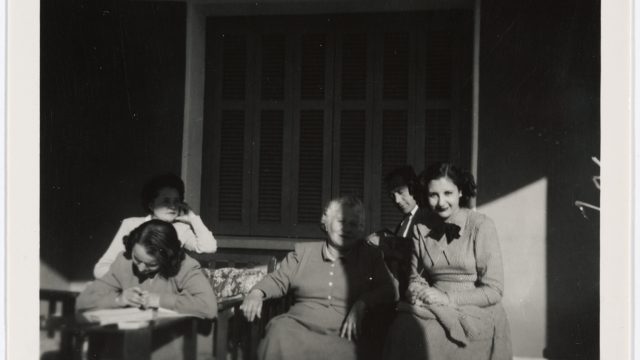