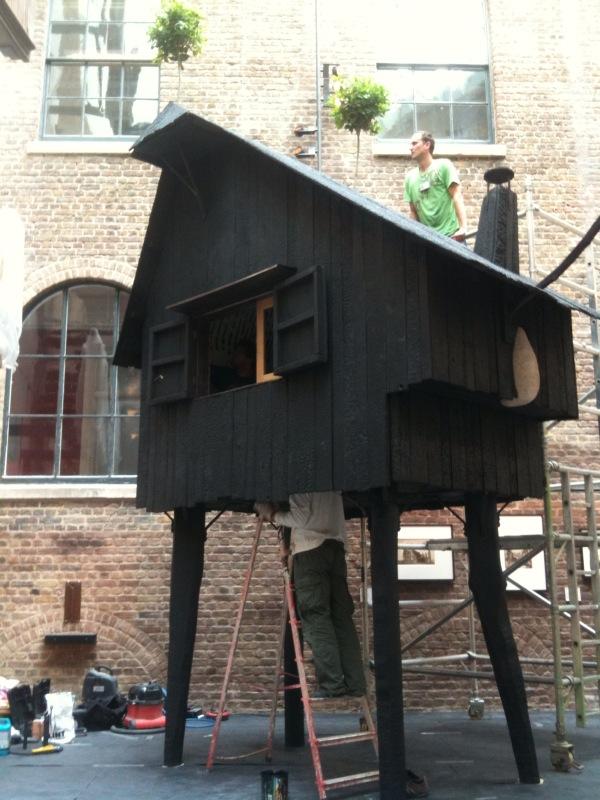 The Beetle’s House construction team have spent most of today applying some final touches to the teahouse. Much of this latter stage of construction has focussed on the interior of the teahouse – in particular the small charred blocks of cedar which have been applied to the inside walls (shown in Terunobu Fujimori’s sketch, below), and the installation of the teaset which has been designed by a student from the Royal College of Art Ceramics Department, Malene Hartmann Rasmussen. One change that has occurred since the concept stage (as represented by this sketch) is that instead of having six separate stools, the seating now consists of two long benches which run along the walls of the teahouse. 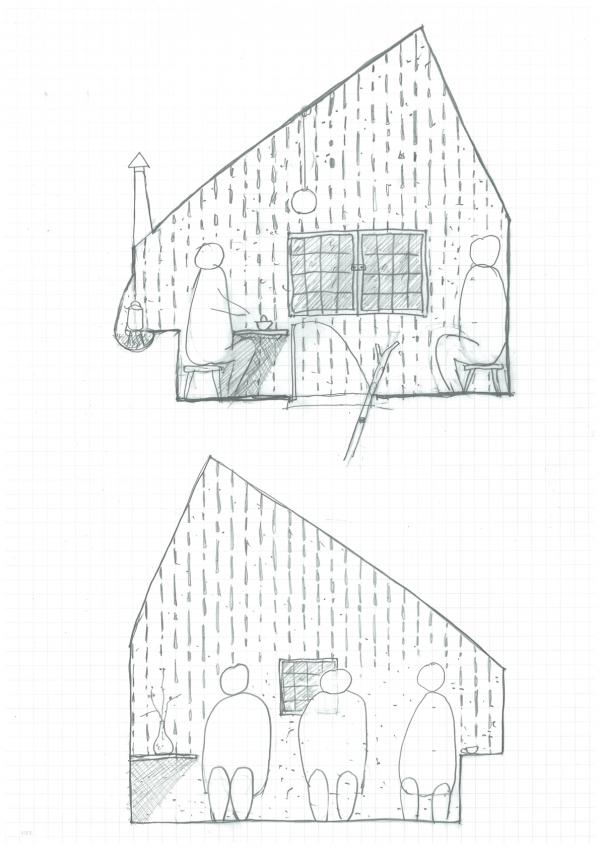 One of the RCA Sculpture students has designed a ladder for accessing the teahouse, which should be arriving at the V&A in the next day or so – and that will be the final, significant element of construction that remains to be completed.