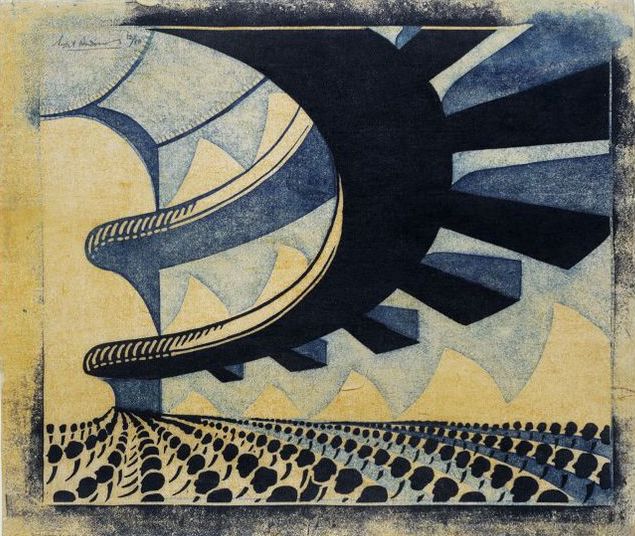 On 18 March, it was announced that the Glastonbury Festival 2020 – the 50th anniversary of the event – would be cancelled. For many of us, come rain or shine, via the BBC or at Worthy Farm, ‘Glasto’ is an expression of summer, of Britishness, a place and time to find kindred spirits, creative freedom, and connection. In their statement, co-organisers Emily and Michael Eavis said, “Clearly this was not a course of action we hoped to take for our 50th anniversary event, but following the new government measures announced this week – and in times of such unprecedented uncertainty – this is now our only viable option”.

In the following days, music lovers across the world were having to come to terms with the fact that all live performances in the near distant future were cancelled. From Manchester Festival to Glyndebourne, from the Royal Opera House to the O2 arena in London. It was shocking to see our cultural lives being put on hold as the virus took its grip on society.

The economic and emotional effect was felt almost immediately, as the impact of pulling the plug on this booming industry – worth £5.2 billion to the UK economy in 2018 – trickled down beyond the promoters and the audiences to the fragile creative world that supports it. From freelance conductors to costume makers; from sound engineers to stage managers. This drastic and rapid transformation of live music is extremely concerning to the millions whose livelihood depends on it and the longer this continues the more difficult it will be to rebuild. Who pays the wages for the performers when we can’t buy the tickets? Tom Watson told BBC Radio 6 music “this sector keeps 190,000 people in work, with three quarters of them now unemployed” (in the UK). How can we, as music lovers help to ensure the future of our musical soul?

A glimmer of hope was seen in the work of the Musician’s Union who quickly established a £1m Hardship Fund for members who were suffering loss of work due to the pandemic, and on 25 March, HelpMusicians.Org launched a £5m Coronavirus Financial Hardship Fund which sadly at the time of writing, after receiving in excess of 17,000 applications had ceased accepting any new applications. The current situation is alarming but we remain optimistic that the vulnerable in the music business will be protected by government schemes now in place to help the networks of creative professionals that keep our thriving cultural economy alive.

In an article published in the Times on 27 March Caitlin Moran writes ”next summer the world will explode with joy – there will be street parties and raves and hugging will come back.” But while 2020 will be remembered as the year we stayed physically distant, it will also be seen as a moment of great exploration, where we experimented with how our virtual selves could become part of fulfilling live events and experiences online. Much of this change was already underway – whether it’s how Spotify provides us access to all the world’s music, or the way the Met Opera streams live performances across the internet and the planet. Or Coldplay pausing live performances altogether until they can create carbon neutral concerts.

But COVID-19 has precipitated change. We have seen an outpouring of generosity and openness from artists willing to share from behind closed doors. Nile Rogers has shared how he composes from his studio; Andrew Lloyd Webber has a piano play-off with Lin-Manuel Miranda; Skepta runs a producing challenge on Intsa-live; Rex Orange County’s intimate 90-minute Instagram live or Tim Burgess’s Twitter Listening Parties. In the classical world, Katie Derham now broadcasts ‘In Tune’ from a make-shift studio, bringing together artists to perform in their ‘home sessions’. Derham observes that the current situation has “finally made classical musical more accessible as we all do everything remotely without fear or expense of going to venues”.

Musical institutions have allowed us backstage and into their archives, from the Vienna Staatsoper 360-degree virtual tour that allows us to experience a solo dancer in the quarantine of an empty opera house, to Russian ballet dancers in their kitchens. The UK Opera Houses and festivals have given free access to a rich repertoire of past performances. The Rotterdam Philharmonic have live-streamed Beethoven’s 9th Symphony from their bedrooms. ENO costume designers have made PPE kit for the NHS. Across the world we are joining virtual choirs – and finding new ways to share performance. Lady Gaga’s ‘One World: Together’ at-home concert brought more than 100 artists from their living rooms to ours in a fundraising benefit gig that echoed the spirit and scale of Live Aid. There is something for everybody in these strange times.

Another personal revelation was when my sons introduced me to ‘Colors’ – a music video platform showcasing a range of artists all shot with a different pantone background, and ’NPR tiny desk concerts’, short concerts all shot from behind a desk at NPR. Catching up on these brilliant, intimate sonic performances by contemporary artists has given me hope that there will be a generation of musicians creating masterpieces in quarantine. Processes that have been slowly underway for the past decade are suddenly accelerating: We are meeting new performers online before we have the opportunity to see them on stage. We see high-quality music created in small spaces outside conventional studios. In many ways, as long as artists can continue to find ways to generate income from music sales and digital performances this might become an exciting, liberating moment. Different business models are evolving with many musicians starting to use Paypal’s donation service as a form of revenue. To highlight the magnitude of this potential revenue, when the streaming platform Bandcamp temporarily removed its own revenue share for one day, it brought in $4.3 million direct to artists and small labels. This a fast-changing economy where musicians are having to rethink how to charge, where to host and what to do with their recordings afterwards. Live Nation has recently announced a series of car concerts where audiences will be able to enjoy performances from their own viewing zones.

In a matter of weeks, we have witnessed how live music has temporarily shifted from social gathering to social distancing. We long for a time when we can share live musical experiences again, but we are still making some amazing virtual and digital collective memories. We sing together to make us feel better, and we will each have our own soundtrack for 2020. We continue to see how music continues to give us a sense of belonging, community and empathy.

In the words of Bertold Brecht:

“In the dark times

Will there also be singing?

Yes, there will also be singing.

About the dark times.”

But there will also be bright times.