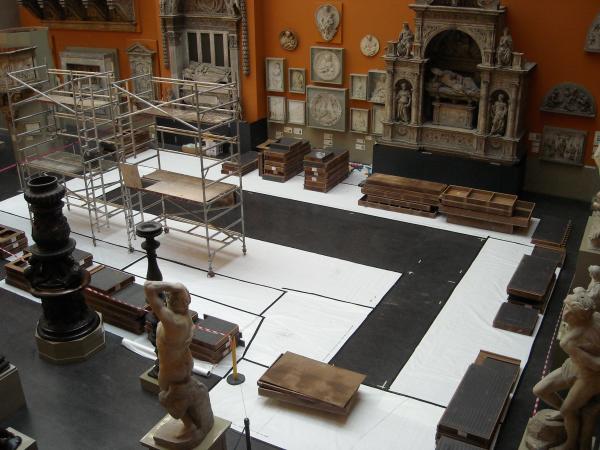 Studio Mumbai’s construction team arrived at the V&A this week, and have begun building their ‘Inbetween Architecture’ project in the V&A Cast Courts. The group that have come over to London are a team of craftsmen that have worked on a number of previous Studio Mumbai buildings in India. They are led by Bijoy Jain, director of Studio Mumbai, and Michael Anastassiades and Kate Dineen who have been the co-creators of the project, and have been crucial to the development of the structure. It’s quite a sight to see this building slowly emerge, block by block, nestled amongst these objects from the V&A’s cast collections. 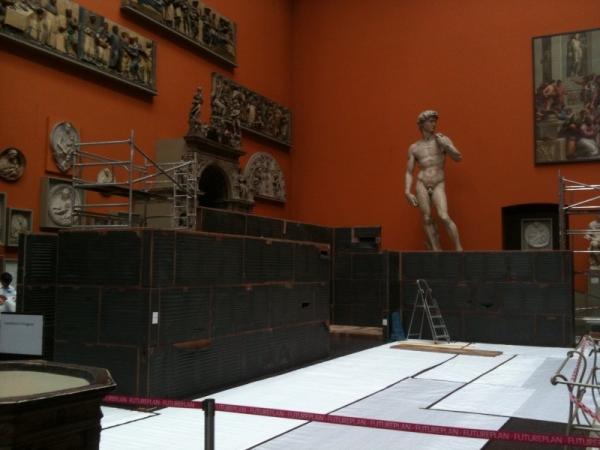 The image at the top shows the footprint of the structure carefully marked out before the building components arrive. Above, you can see the initial few layers of the structure being built up. Soon, plaster panels will be added to this timber framework (shown below, ready and waiting…) 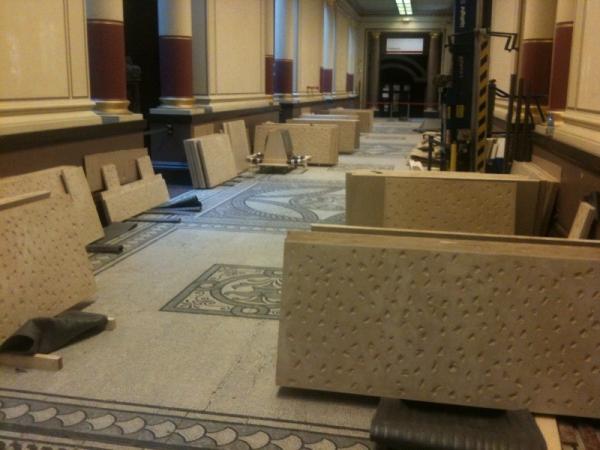 We’ve been very lucky in that some nearby galleries, 26 and 27, are currently being refurbished, and so we have been able to use these rooms as preparation/storage areas for crates and building material for both the Studio Mumbai structure and the Rintala Eggertsson book tower, ‘Ark’. Some of the Studio Mumbai transport crates are shown in this image below: 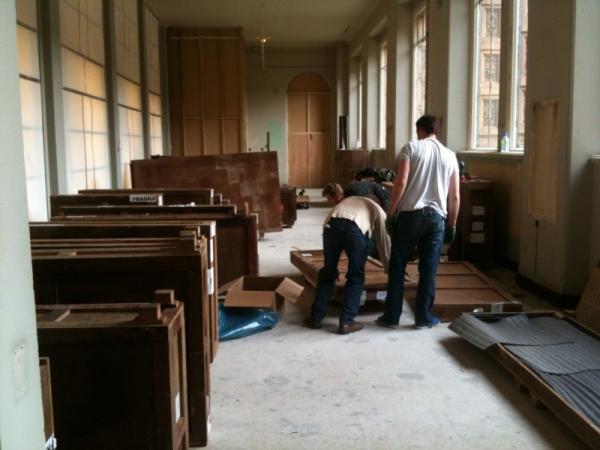 To provide some context, illustrating the motivations for this project, here is some footage which was filmed by Kate a few weeks ago, in the very dwellings in Mumbai that this structure has been modelled on – a series of settlements for a family of eight, which occupy a narrow corridor between two industrial buildings in the yard directly behind the Studio Mumbai offices.