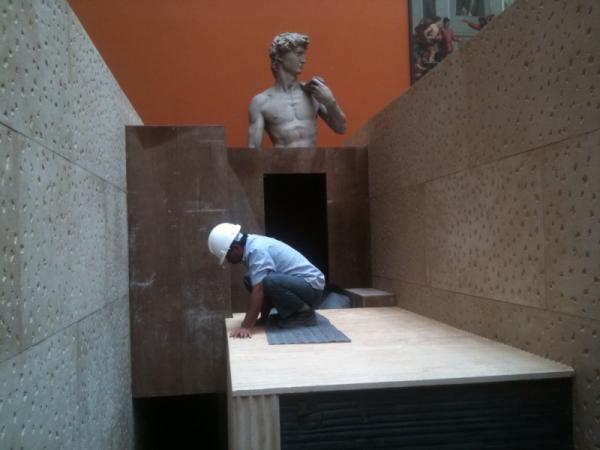 Today I had another tour of the ‘Inbetween Architecture’ structure with Studio Mumbai’s Bijoy Jain. A large number of the plaster panels have now been applied to the building, both on the interior surfaces and to the exterior facade. This cladding has totally transformed the structure, particularly in terms of the warmth of light as reflected off the inside walls. Here, Kate Dineen, one of the co-creators of the project, applies some touches to the plaster finish on one of the external walls: 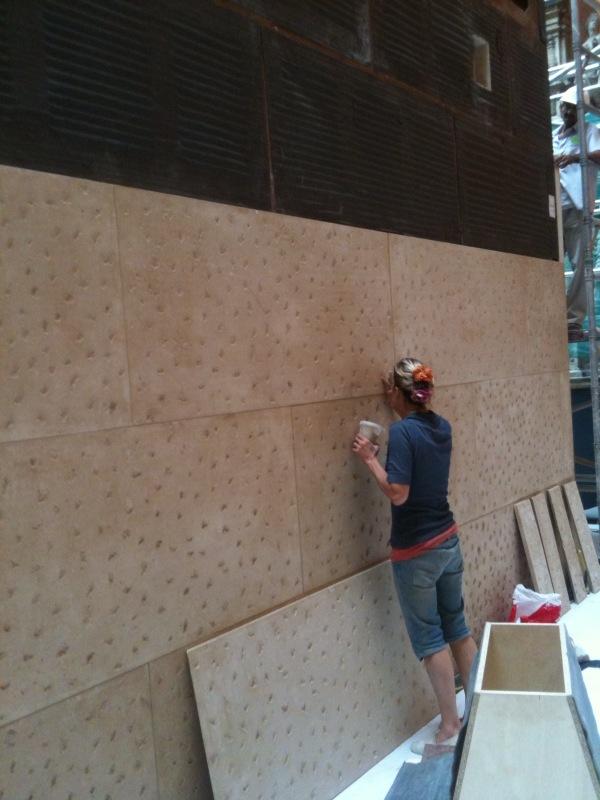 Kate can also be seen in the video, above, with Michael Anastassiades, the other co-creator of the project – both have been co-creators with Bijoy on this project. The design utilises a number of apertures in the fabric of the building, creating shafts and columns of light which punctuate your path as you move between the various chambers and corridors within the building. 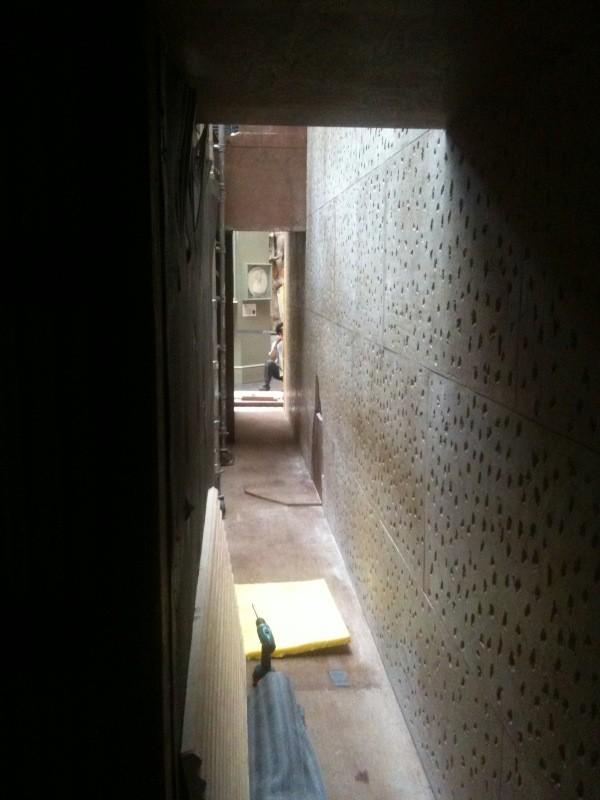 It is quite a powerful statement that the team are presenting here – transferring to the Cast Courts the spatial experience of a series of informal dwellings that have been squeezed into a narrow urban corridor on an industrial site directly behind the Studio Mumbai offices. A photograph from the dwellings is shown below, left. Today, Bijoy told me that these settlements are actually being demolished as we speak – at the very moment when we begin construction on this ‘echo’ structure at the V&A. So it may well prove that this project will represent a poignant tribute to a strand of urban design that is swiftly disappearing. 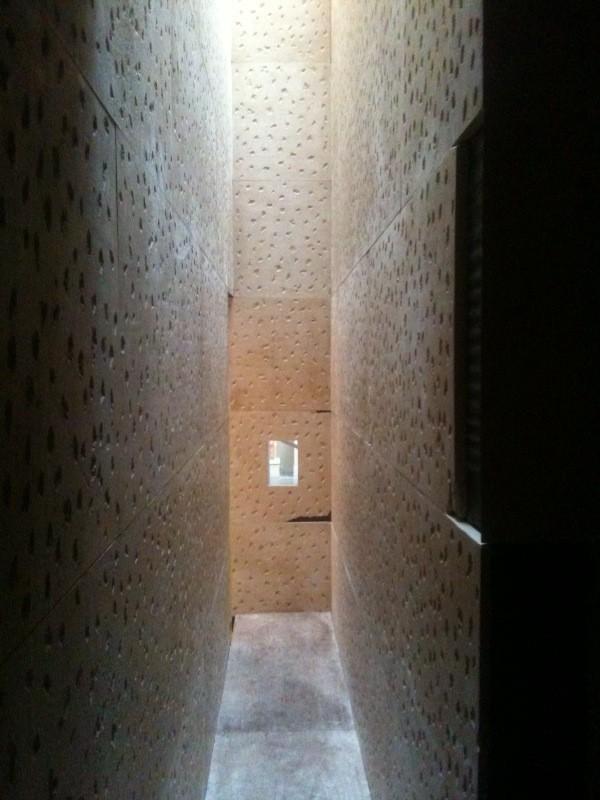