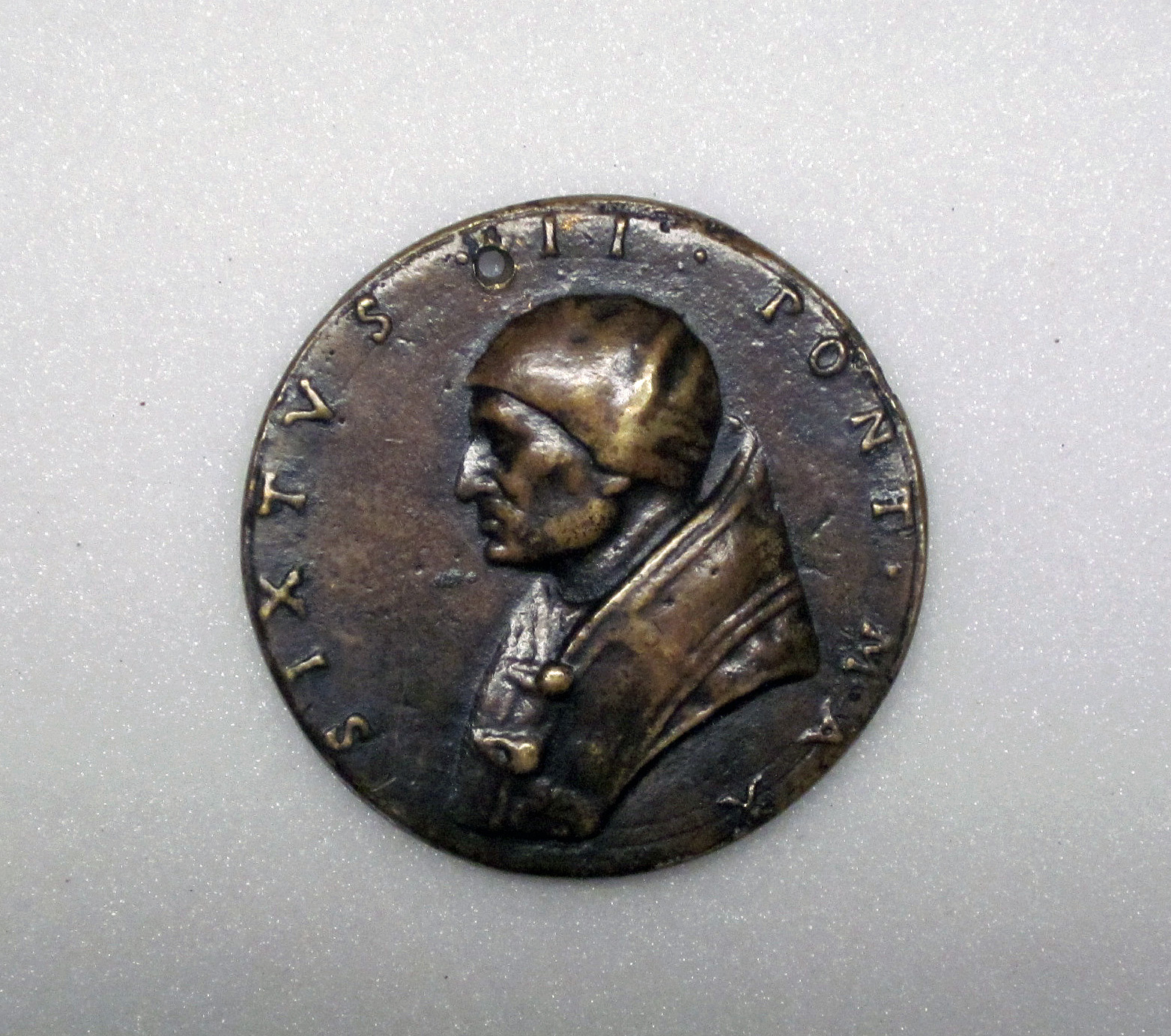 Here we have another medal with another pope on it. This familiar line continues when I tell you that Sixtus II was also the immediate successor to Pope Stephen, who we covered in the previous post, and that he was probably martyred in the same way, and as part of the very same crackdown by the Emperor Valerian.

Despite all the apparently supporting evidence, I am not testing you on your knowledge of papal succession in the early church (that comes later). What we can learn from this is that this medal was evidently part of a commemorative series.

Sixtus had the honour of being martyred along with his crew of six deacons; Januarius, Vincentius, Magnus, Stephanus, Felicissimus and Agapitus. A seventh, the famous St. Lawrence, was grilled to death three days later, just as Sixtus said he would be. Away from the catacombs and cemeteries, Sixtus also helped to heal the church of Rome’s rift with the African and Eastern churches which had been caused by Pope Stephen’s views on the issue of the rebaptism of heretics.

This unfortunate pontiff does not appear to be patron saint of anything, or anyone, so presumably has had plenty of time to put his feet up since ascending to heaven. His feast day fell previously on 6th August, the day of his death, but was moved to 7th August in 1969.