In the run up to the V&A’s Epic Iran exhibition we commissioned Tehran-based graphic designer and visual artist, Homa Delvaray, to create a new illustration specially for the V&A Shop. Epic Iran explores 5,000 years of Iranian art, design and culture so it was no small undertaking! Homa took as her inspiration the epic poem the Shahnameh or Book of Kings by the Persian poet Ferdowsi. Several incredible illustrated examples of this poem are currently on display in the exhibition.

Since graduating from Tehran University Homa has focused on cultural-artistic projects such as posters, book designs and visual identity both in Iran and overseas. Not content to confine herself to solely graphic design she continues to push the forms and boundaries of her artistic practice working across art books, textile sculpture and installation.

We spoke to Homa about the inspiration behind her illustration and how she created such an intricate image.

Can you describe the process of creating your illustration?

Because the exhibition consists of several examples of the Shahnameh I wanted to design a typographic illustration that was traditional and contemporary at the same. For me, the concept is as important as form, so I decided to create an illustration that was both beautiful and meaningful at the same time. The Shahnameh is one of the world’s longest epic poems and the exhibition is titled Epic Iran so I decided to develop an idea that represented this ‘epic’ aspect.

It was challenging to create an illustration that felt both epic and beautiful but on presenting my first sketches to the V&A I received very positive and supportive feedback and from there the design developed. I am happy to have been able to collaborate with an amazing team from one of the greatest museums in the world. It was certainly worth the effort and great amount of time that I put into this project!

Could you describe the meaning behind the title of your artwork: From Horizon to Horizon

The question of the ‘duality’ of cosmic forces is one of the fundamental subjects in the history of ancient Iranian thought. It appears in the history of Iranian myths and its influence in the Shahnameh can clearly be seen. One of the main characteristics of this philosophy is the constant rivalry between “two conflicting worlds”, because in order for anything in our world to exist, we must consider that there are two opposing origins and cosmic forces. The Shahnameh is an epic poem from the beginning to the end of this mythical history which explores these contradictions and contrasts.

My concept for ‘from Horizon to Horizon’ was inspired by these cosmic dualistic forces using as a visual reference the illustrated manuscripts of the Shahnameh. My idea emerged and took shape on two separate dimensions: the historical and the mythical. The first takes into consideration the historical and “terrestrial” aspect of the Shahnameh. The carriage that is drawn by two horses in the centre of the piece represents the early Iranian tribes that throughout early history followed one another, giving birth to legend and myths, which eventually disappeared during the Sassanid Empire, after the Islamic conquest of Persia.

The second dimension, which is of the mythical and “spiritual world”, pays attention to the battles and cosmic epics which are present throughout the poem; the struggle between the forces of good and evil.

Why did you want to work with the V&A?

I have always been interested in decorative arts and materials as they are inseparable parts of Iranian art and culture. I find the permanent collection of the museum absolutely wonderful, especially the textile collection. Therefore, the V&A is absolutely one of my favourite museums in the world. So when I received an email from the museum that invited me to work with them on a project I was pleased and honoured to take part in such a great exhibition at my favourite museum and to create illustrations for the shop.

Shop Homa’s illustrations and the rest of the Epic Iran range on our online shop. 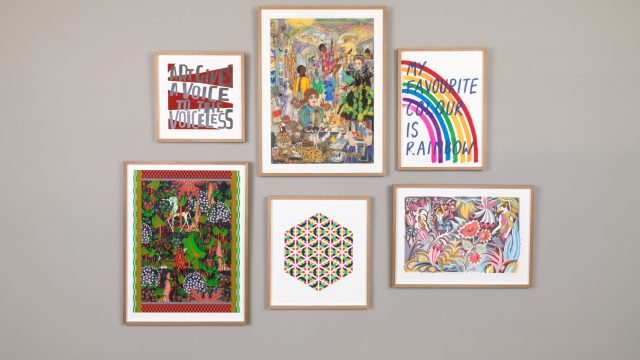 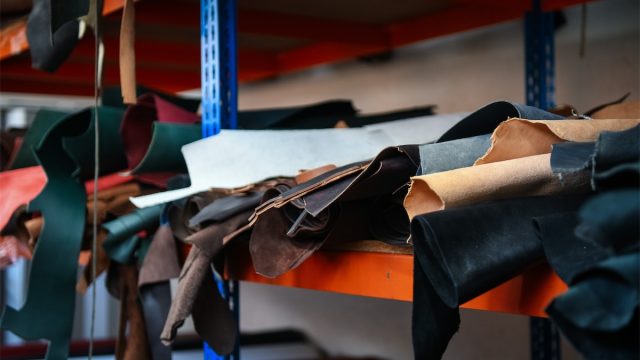