July sees the second series of Secrets of the Museum air on the BBC but, if like us, you’ve already binged the whole series online and still need more, we’ve got just the thing. We’ve gathered some of our favourite publications that showcase just some of the amazing objects and people from each episode for an even more in-depth look.

Episode one introduces us to the V&A’s rare collection of watercolours from the Renaissance, as curator Elania notes, “For many Renaissance painters watercolour was the medium of choice.” This makes for a delicate treasury of paintings that must be carefully stored to reduce the risk of damage from light and general wear and tear. Through careful restoration, conservator Alan Derbyshire is able to prepare for display the work Christ, St. Paul, Charity and the Theological Virtues which has not been seen by the public for over a century. To find out more about these delicate and beautiful watercolour works we highly recommend delving into Renaissance Watercolours: From Durer to Van Dyck by Mark Evans, which expands on the V&A’s incredible collection and this undiscovered medium of Renaissance art.

In episode two we encounter curator Tim preparing for the Epic Iran exhibition alongside conservator Nicola, to unroll three ten metre long painted reproductions of patterned tilework designs from the domes of mosques around Isfahan. These designs were sourced from local craftsman around 1877 and sent back to the V&A to showcase the high quality of nineteenth century design in the Middle East. The exhibition and its catalogue celebrates 5,000 years of Iranian culture to tell the story of Iran through its incredible history of art and design. Taking in objects from around 3,200 BC through to nineteenth century Islamic designs, like the ones shown in the programme, to contemporary art pieces. It’s a truly epic publication and one not to be missed!

This episode features another exciting exhibition, Alice: Curiouser and Curiouser during its planning stages ahead of the opening earlier this year. We follow Theatre and Performance curator Kate and theatre designer Tom Piper as they discuss plans to recreate the Mad Hatter’s tea party in spectacular fashion for visitors. The exhibition itself is bursting with the creativity of Lewis Carroll and the weird and wonderful artworks, performances, and fashions the book has influenced. With everything from the original illustrations by John Tenniel to artwork by Peter Blake and Salvador Dali, and from the 1951 Disney movie to Tim Burton’s latest interpretation. This and much more can be found in Alice, Curiouser and Curiouser by Kate Bailey which is a treasure trove of discoveries and insights for Alice fans new and old.

Our next episode and book pairing is one for the hardcore Majolica fans as we follow curator Florence and conservator Sophie prepare the Bacchus vase for display. The vase, despite having a face only a mother could love adorned as it is with grinning satyrs – companions to the Roman god of wine, is a stunning example of Majolica made by Minton in 1883. It’s glorious coloured glazes were meant to brighten up gloomy Victorian houses but it has found a new home in the entrance to the V&A café where it now waits to greet thirsty visitors. The impressive three volume Majolica Mania by Susan Weber is the first comprehensive study of this most important ceramic innovation of the 19th century. The book examines the medium’s considerable impact, from wares used in domestic settings to monumental pieces at the World’s Fairs. Contributors include Julius Bryant, the Keeper of Word and Image at the V&A, alongside fellow international experts address the extensive output of the originators and manufacturers in England – including Minton, Wedgwood, and George Jones – and the migration of English craftsmen to the U.S.

The Nuremberg House in episode five is an impossible to resist object, as curator Will explains, “The contents are exquisite, it’s just so charming, it’s a fantastic little world”. This dolls’ house is the oldest in the V&A’s collection and is a testament to its history not as children’s toy, but a model of a person’s actual home usually commissioned as a display of wealth and as an education tool to show young girls how to manage their household. In the episode we see Will, conservator Kay, and collection move officer Frances, as they prepare the over 300 items that make up the house for storage while the Museum of Childhood closes for renovation. The Nuremburg House is just one of over 100 that reside in the V&A collection and for those fascinated by their tiny and precise reproductions of life there’s no better place to start than Dolls’ Houses from the V&A Museum of Childhood. The book shows in beautiful detail the great variety of dolls’ houses from lavish country mansions to cosy suburban villas and explores the houses’ fascinating roles as both domestic teaching aids and records of contemporary lifestyle, to give a unique insight into the world of their owners.

The last episode in the series sees Josiah Wedgwood’s masterpiece, the Portland Vase, one of over 100,000 objects from the Wedgwood collection, being prepared for display in the museum for the first time. As one of the final ceramics that Josiah Wedgwood undertook it represents the cumulation of a lifetime’s work refining his inventive pottery techniques and aesthetic sensibility. In Tristram Hunt’s new book The Radical Potter, Hunt aims to present Wedgwood as the radical that he was, not just for his designs but in his mind and politics. This hugely enjoyable new biography, strongly based on Wedgwood’s notebooks, letters and the words of his contemporaries, brilliantly captures the energy and originality of Wedgwood and his extraordinary contribution to the transformation of eighteenth-century Britain.

For even more behind-the-scenes action from each episode be sure to check out the V&A Blog series Secrets of the Museum – expanded and explore our even larger selection of books over at our bookshop.org shop.

Secrets of the Museum airs every Tuesday at 8pm on BBC Two or stream the whole series now on the BBC iPlayer.

#SecretsOfTheMuseum Secrets of the Museum

More on Secrets of the Museum

Secrets of the Museum – 3.5 expanded 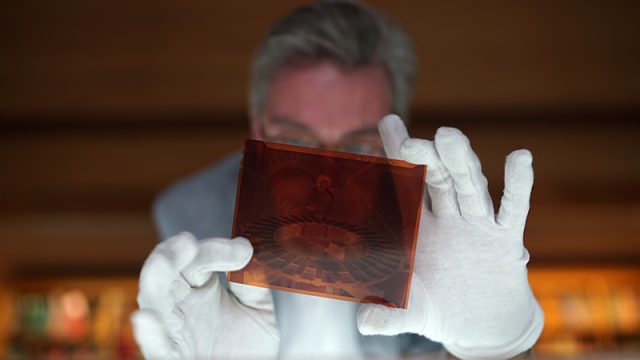 Secrets of the Museum – 3.4 expanded 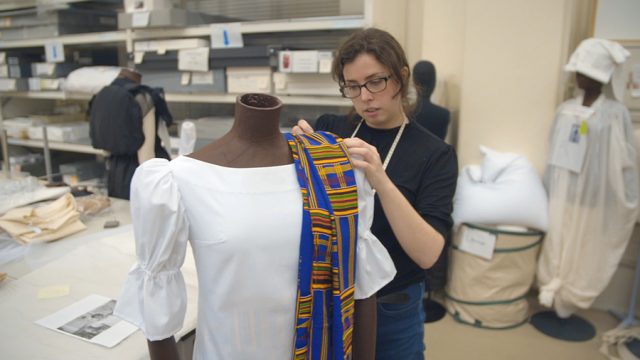 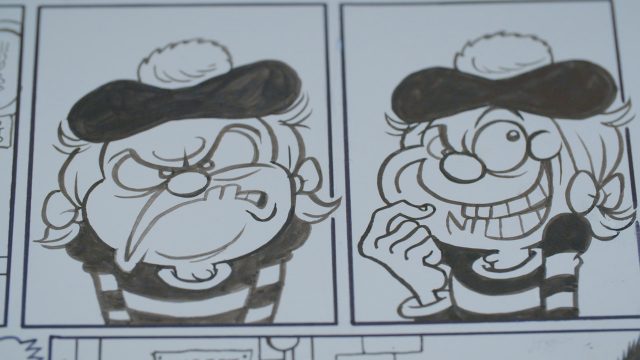