After I put up the last post on the subject of erasure a little while back, the artist Caroline Slotte got in touch to show me this new piece of hers, entitled Going Blank Again. 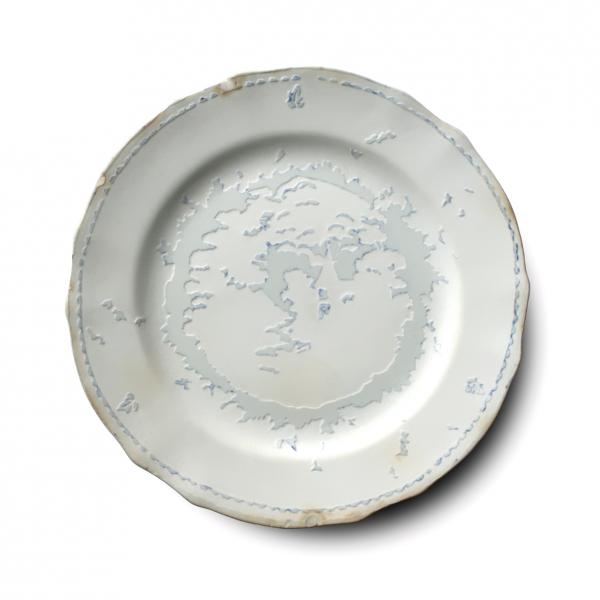 I ‘ve known Slotte’s work for a while and am a big fan. She uses only one technique: the removal of material from old china, usually plates printed with a ‘Willow’ pattern or other Chinese landscape design. The V&A has one of her works (on view in the new ceramics galleries), from a series in which she cuts all the way through her plates and then stacks them. Here are two examples of these pieces (the V&A’s is the one on the right). 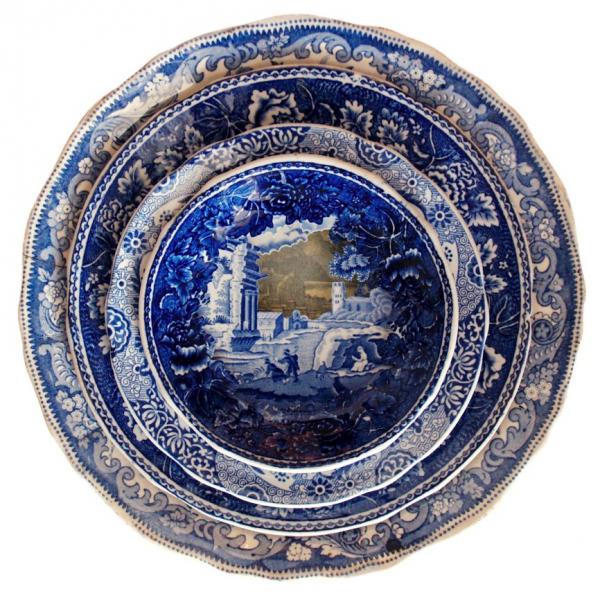 With their tunnel-like erasures yielding partial glimpses at their edges (see right), these layered works seem to engage with both the historical recession of time. 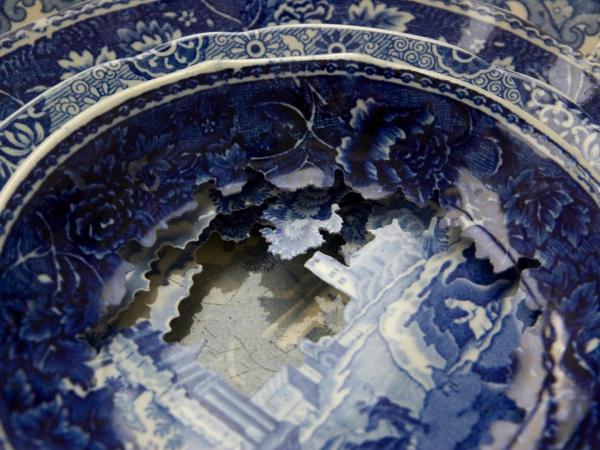 It’s an unavoidable theme if you’re working with nineteenth-century ceramics, I suppose, but one made all the more resonant here because the images were already leaps into the imagination. Made before the age of photography, they were one important way that Europeans envisioned the distant landscape of China. In this respect, they are like ‘Japanned’ furniture (painted in imitation of lacquer) or wallpapers imaginatively peopled with small figures and animals, of which the V&A has  examples. These examples of chinoiserie tend to be remarkably free in their drawing – maybe when you’re sketching a foreign culture you have never seen, and never will, it frees your hand up a bit. What’s also at stake there, clearly, is a sort of fantasizing process. Slotte reprises this telescopic vision for us in reverse, as it were, taking away something that was there, rather than inventing from scratch.

One last example may suggest further why Slotte’s work belongs on a blog about sketching, even though she never draws on her plates. In this case, what she’s done is to erase an image into a ceramic dish, excavating a single little house into its surface. 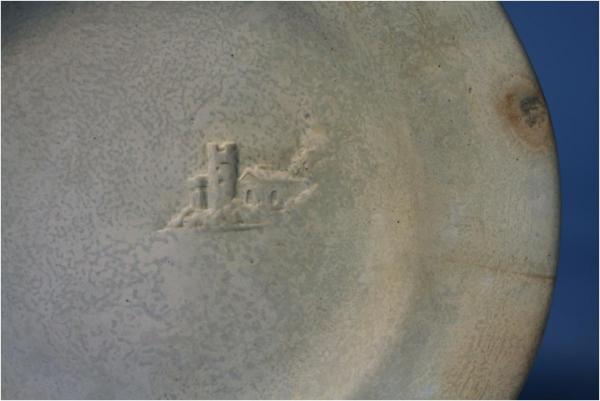 The result is hauntingly poignant, and speaks eloquently to the sense of loss and memory that old china often carries in our lives, as it sits silent and half-forgotten in the cupboard. But this work also shows how Slotte has ingenoiusly transformed erasure into a sketching process – it’s like she’s drawn the building on to the surface. You might even say that she has turned her tools of effacement (sandblaster and various scraping tools) into those of a sculptor, because she’s removing material in depth, rather than on a flat surface. It’s just one more example of how an inventive rendering technique can produce not only beautiful objects, but beautiful ideas as well.