This guest post has been contributed by Rosie Wanek, of the V&A Exhibitions Department. 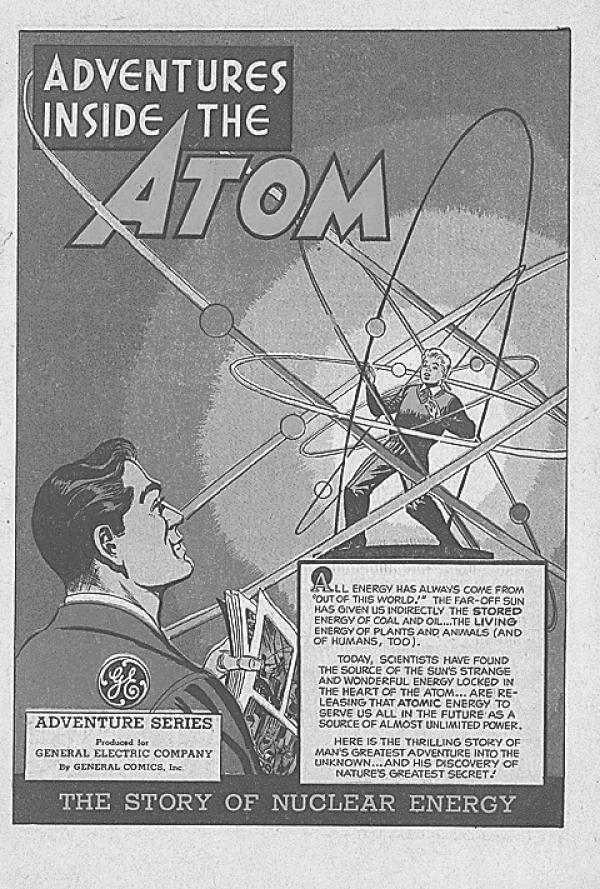 I have a memory of a poster that hung on my bedroom wall when I was young. I must have been around 5 or 6.  It was lovingly drawn in marker pen by my mother and showed a tree being chopped down into ever smaller pieces across a series of nine drawings.  By around picture five, the recognisable illustrations of plant life had transformed magically into a diagram of a cell, an image that bore no resemblance to anything my five-year-old eyes had ever seen.  This was followed by further seemingly arbitrary geometric compositions, finally arriving at a sketch of the structure of an atom, like this: 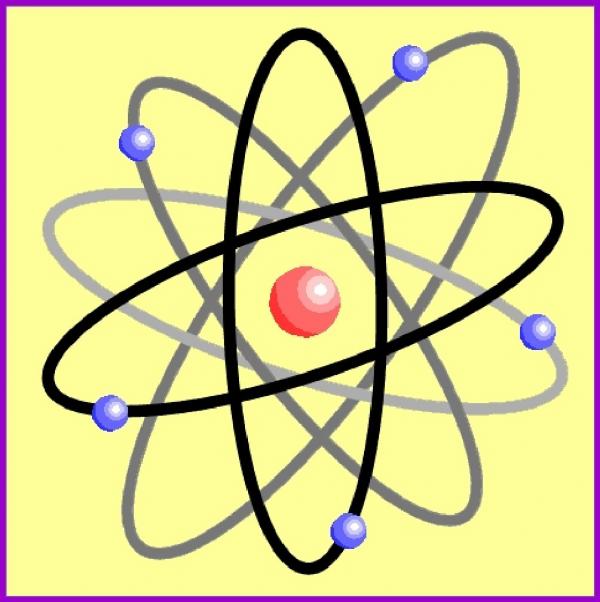 Aside from reminding me of my mother’s somewhat enthusiastic approach to imparting scientific knowledge to her offspring, it set me thinking about our relationship to sketches when the subject of the sketch is invisible.

Design theorists such as Edward Tufte have written extensively about information display, particularly in relation to the envisioning of time and space (for example train times, topography and histories). How do you show these things in two dimensions?  At the start of his book Envisioning Information, Tufte writes that this process

demands extensive compromise, trading one virtue against another […] neither clever idiosyncratic nor conventionally adopted designs solve the inherent general difficulties of dimensional compression. […] Such escapes grow more difficult as ties of data to our familiar three-space world weaken (with more abstract measures) and as the number of dimensions increases (with more complex data).

History and cartography have long been recognised as fields that reveal as much about the author as the object of study. Science, however, has acquired (sometimes in spite of itself) a reputation as a realm of unmediated objectivity: a field in which the whims of kings and woes of peasantry, let alone the scientist himself, do not interfere with the data. 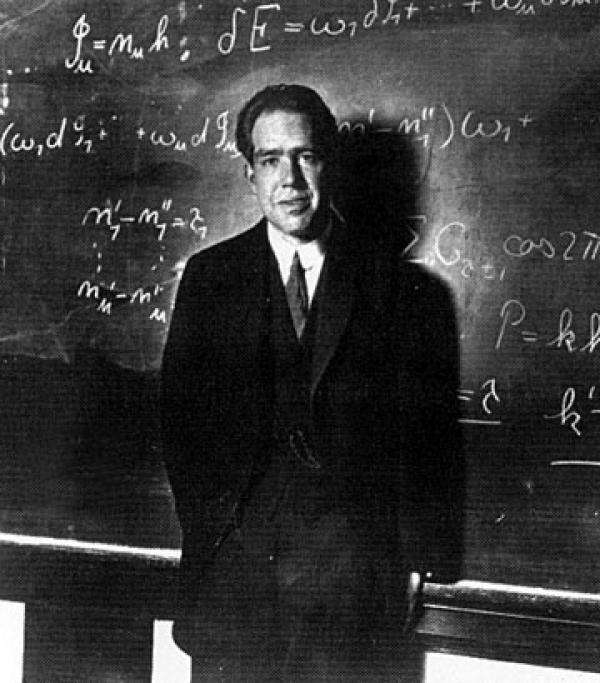 This brings us back to the atom. In 1913 – 1921, the scientific scene was dominated by Niels Bohr (left) and his developments in atomic research.  Bohr’s theories on the structure of the atom superseded those of Ernest Rutherford and led to extended debate about not only the atom, but epistemology and the nature of material reality itself.  The scientific sketch was at the heart of this discussion. Until the late 19th C. the scientific drawing was typically a documentary exercise, a transcription of whatever could be observed through the telescope or microscope.  In the case of the atom, however, the subject matter was too small to be seen and so, by necessity, the scientific sketch moved from being something of an artist’s impression, to a work of design: a conscious metaphor. 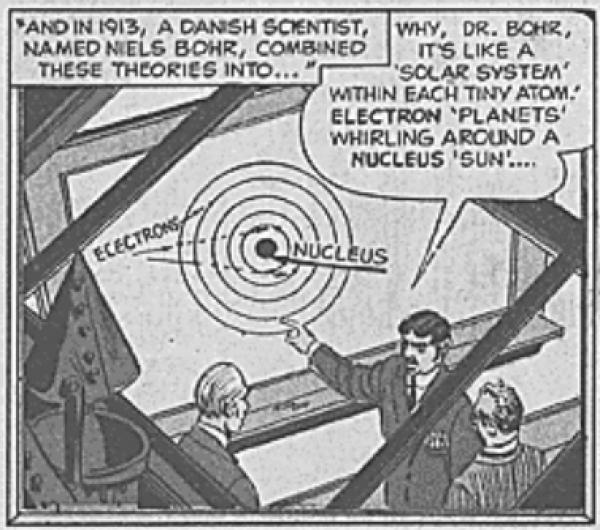 Bohr depicted the structure of the atom in a sketch that resembles a miniature solar system, with electrons orbiting a tiny nucleus at their centre. It’s not that different from Copernicus’ drawing of the planets orbiting the sun. 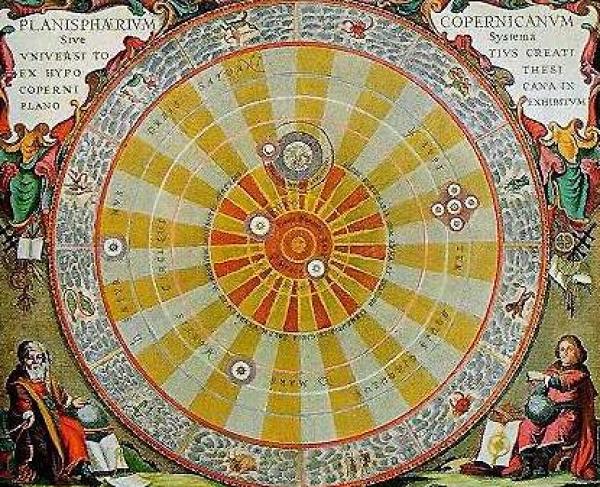 It’s no wonder that this compelling design grabbed the public imagination – remaining most people’s image of the atom long after it was jettisoned by the scientific community. How comforting to be reassured that the smallest piece of matter echoes in behaviour and shape the largest. 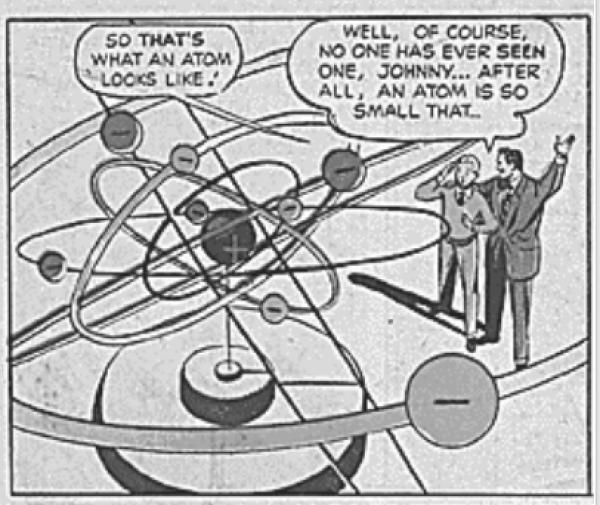 The primary function of the scientific sketch is to communicate. However, it also implies epistemological truths about its subject matter (for a fascinating discussion of this, see Imagery in Scientific Thought by Arthur I. Miller).  The sketch supports a theory by offering “evidence for the eyes”, but at as a result of this function it less readily communicates the hypothetical aspect: the openness of any theory to doubt and challenge.  Additionally, a sketch can easily depict a single fixed moment, but lends itself less readily to representing change through time or capturing unpredictability.

In the years that followed the publication of Bohr’s theories, Heisenberg showed that it was impossible to simultaneously know the momentum and position of a particle at a given moment.  His research challenged the validity of the sketch as a communicative tool:

the desired objective reality of the elementary particle is too crude an oversimplification of what really happens […] it must give way to very much more abstract conceptions […] We can no longer speak of the behaviour of the particle independently of the process of observation.

As Miller notes, “the basic problem facing atomic physics was the concept of physical reality itself”. Heisenberg consequently published his argument without recourse to visual models, instead articulating his ideas purely through mathematics.

Bohr’s Notes from the Academy (1958) reflected on this shift away from the use of visual imagery in scientific discourse:

it became more and more clear that in order to obtain a consistent account of atomic phenomena it was necessary to renounce even more the use of pictures. 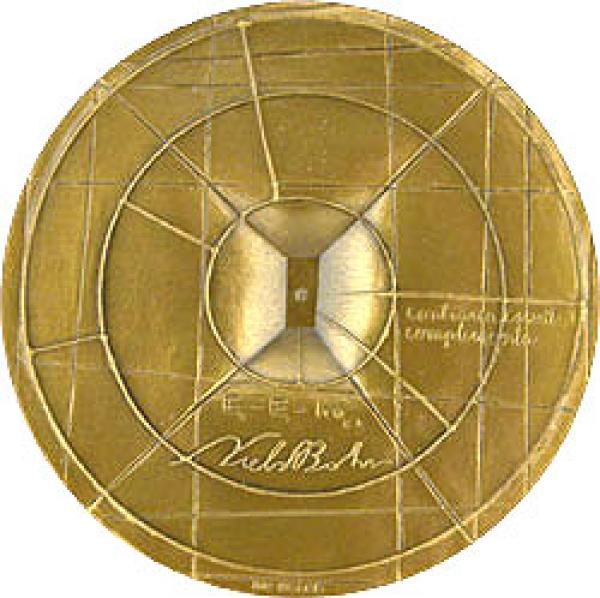 Whilst science moved on from the scientific sketch, however, the rest of the world did not. In 1948 the General Electric Company published a cartoon history of nuclear electricity entitled Adventures inside the Atom.   The story starts in Ancient Greece with Democritus and works through the history of atomic theory stopping at Bohr and the same mini-solar system structure that we are all taught at school today.

By this time Bohr’s sketch diagram of the atom, and even Rutherford’s earlier and less accurate version , had taken on iconic status, operating as an all purpose symbol for nuclear power, as in the logo of the International Atomic Energy Agency. It also provided inspiration for fabric and furniture designers. If my mother had been a design historian as well as a scientist, perhaps the poster on my bedroom wall would have had one or two more images in the sequence. 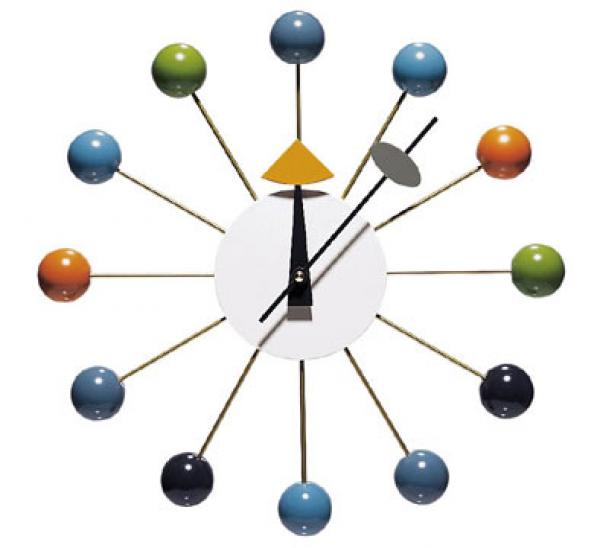 Bohr’s sketch of the atom would have been followed by Ray and Charles Eames’ Hang-it-All, or George Nelson’s Atomic clock, to complete the story of this unusually abstract passage from sketch to product.