An exhibition is a three-dimensional experience, so despite all the help that drawings can provide – as discussed in the last post – sometimes what you really need is a model. This means you need a completely different set of skills, and materials. Not pen and paper, but plastic and glue. Fortunately our designers for the Postmodernism exhibition have one staff member who is an outstanding model-maker, as well as a skilled designer: Ana Maria Ferreira. 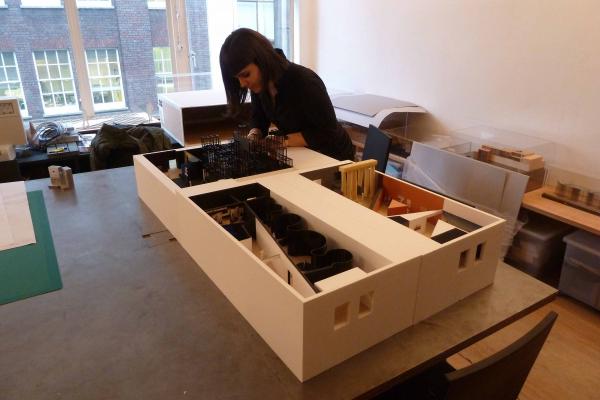 Before working at Carmody Groarke, Ana was trained as an architect in Portugal, at the Universidade de Coimbra. She learned her model-making skills there. For the Postmodernism show, she constructed a three-part model (one removable section for each gallery) that is astounding in its detail and precision. 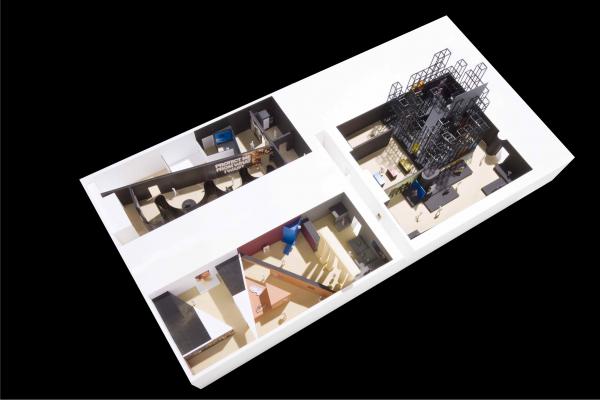 The materials are quite inexpensive – all the better to make quick replacements when the design changes. The basic structure is of hard foam board. Paper is used to fill in wall colour, bits of black plastic to create spatial elements like the scaffold structure of the ‘club’ space, and a few squares of thicker, tinted plastic to mimic the perspex we plan to use as colour accents in the space. A long, curved wall in the last gallery is rendered in single facets of thin black plastic sheet. At the moment, Ana is in the process of adding tiny scaled representations of every single work in the exhibition. Little figures are scattered throughout to give a sense of scale and movement through the space. 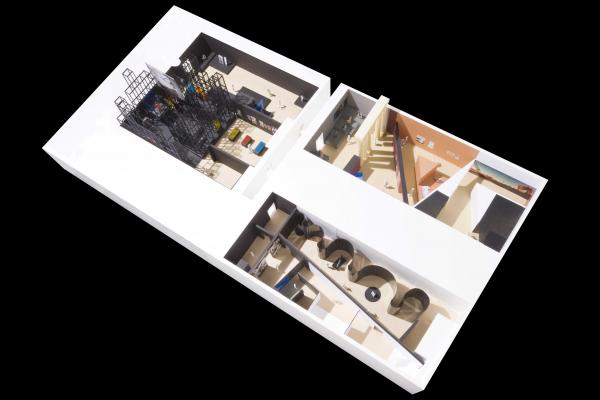 Up close and personal, the model is remarkably expressive. As Ana puts it, “we knew that we were presenting to people who were not architects, so it should be more graphic and explicit. And there is so much diversity in space that we needed to show that… We’ll do a white cube next time, but now is the time for colour, for wiggly wall, for vectors.”

The model is essential for us in a number of ways. First, it is the best way to get a sense of relative scale. Though an elevation drawing or a plan can give you some indication of this, when it comes to many decisions, like the right size for a ‘supergraphic’ (as we call the many oversized photo blowups we are using to convey the postmodern motif of billboard-like, communicative architecture), you really need to see the space as a whole. Similarly, the way that objects are encountered gradually – sometimes only in partial view – as you walk through the space is best understood through the model. 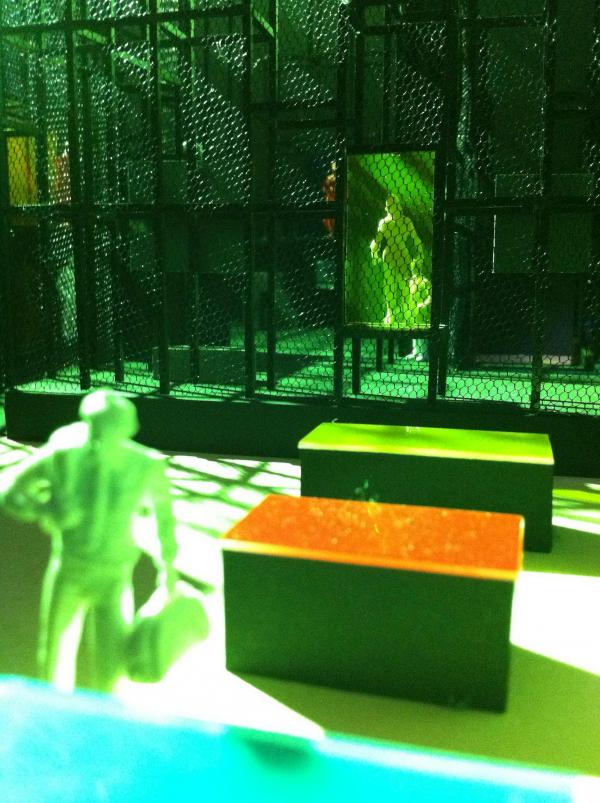 Often in the past, museum designers used periscopes to get a sense of the visitor’s view. These were simple little boxes with two angled mirrors inside, which gave you a horizontal view into the space. Our designers ingeniously adapt this technique through the use of an iPhone. They simply drop the device into the model and take a quick snap. The resulting shot can then be passed around the table for discussion. The above and below images were taken this way. They show the way that the see-through mesh and complex spaces of the ‘club’ will look from the visitor’s eye level, and also more complex effects, like the perspectival impression one will get of a major architectural reconstruction in the first gallery, or the faceted, mirrored reflections of the curved wall in the final room. (This last picture is also a great demonstration of Ana’s seamless craftsmanship.) 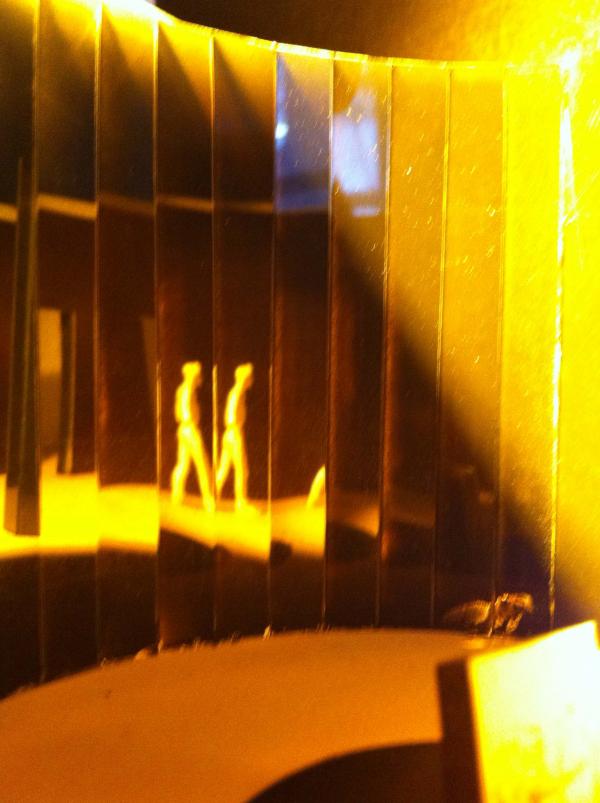 As these you-are-there photos suggest, the model lets us grasp  the exhibition from two perspectives at once: both from a bird’s eye view, and from ground level. This is perhaps the most revealing thing you learn from a model like Ana’s. It is the chance to move back and forth – or up and down – from a seemingly omniscient position to the more immersive experience of the actual space, that makes being a curator or a designer so captivating in the first place. 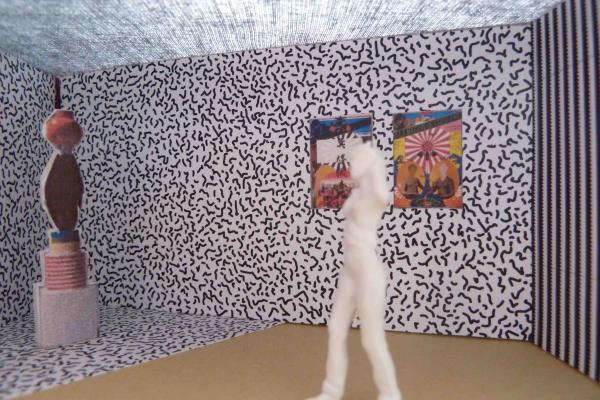