There are many ways to look at an exhibition. For curators like me and my colleague Jane Pavitt, it’s mainly a matter of objects, and the narrative we create around them. For our 3D designers Carmody Groarke, it’s about a sequence of spatial experiences, each with its own character. For the graphic designers at APFEL, it’s a series of pictures and texts which stylistically unify the exhibition, pulling it togther with a snap. But there are two further contributors to the project for whom the exhibition is basically a big geometric puzzle — made of planes, angles and cones. 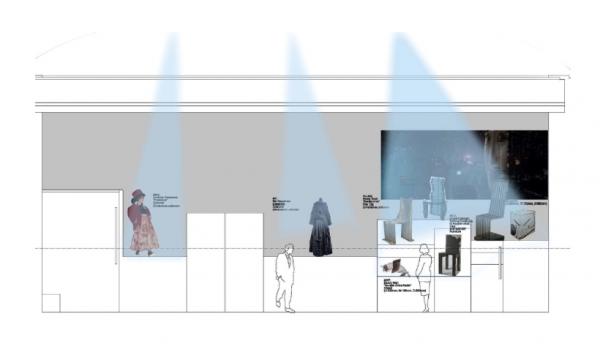 I’m thinking of our lighting consultant David Atkinson and our audiovisual specialist Lol Sargent (of Studio Simple). Here are the two fellows in question. 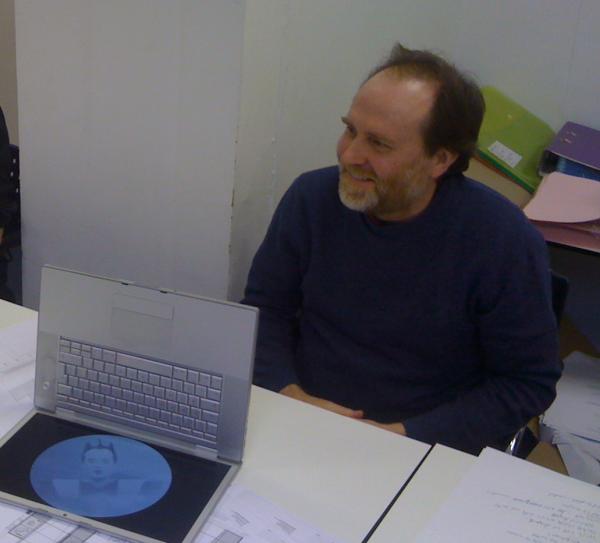 In the picture of Lol, on the right, you can already see an example of ingenuity: he’s showing us how it might look if we projected a music video on the floor. How to demonstrate that? Simple – just lay your laptop on its back. 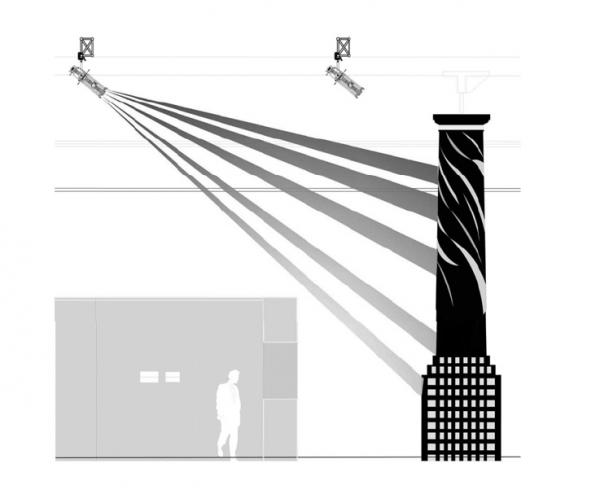 The angling of the lights alone is enough to cause considerable difficulties. David has to get the fixtures high enough to avoid shadows on the objects; he has to overcome the contraints imposed by the existing lighting track, which may not be quite where he wants it; and he must avoid creating ‘hot spots’ on highly reflective objects. And then there are all the other decisions he must make: colour, brightness, reflectivity, and special effects like timed sequences, dappling or other textures. All of this has to be done with conservation requirements in mind (works on paper, for example, are especially vulnerable to fading). As mentioned in a previous post, our handmade model is a good way for David to work out some of these issues. Here are some colour studies he made by shining gel-tinted lights right into the model.

AV poses similar challenges, because the projector beams that Lol is using can’t cross obstacles (such as David’s lighting tracks), and the projectors themselves need to be located at the right distance from the screen surface. Lol has been imaginative in working out the problems that result. For example, we are showing a short excerpt of Ridley Scott’s film Blade Runner in the exhibition’s first gallery. In this preparatory drawing, you see two possible locations for the projector: first, hung from the ceiling on a long pole; or second, set on top of a large scale architectural reconstruction nearby. 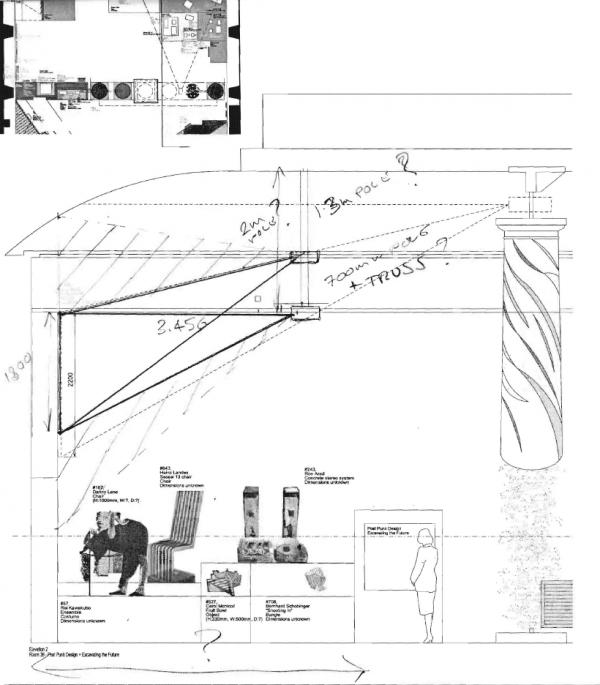 We all wanted to avoid the pole option – not a terribly clean look. But the reconstruction is a bit too high and too far away to be optimal, and of course we want the film to look as good as it can. So Lol is considering two solutions: first, he is using two projectors, not one. If he can get the projections from both machines to overlap perfectly, it will double the luminosity of the image. The difference in aspect ratio between the original film and the projector also allows him to drop the image area to the bottom of the beam. The below screen shot shows the result. 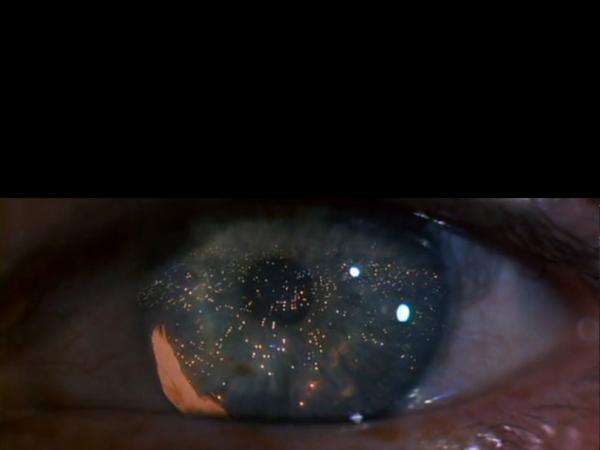 Toward the end of the show, we are displaying a clip from Koyaanisqaatsi, an amazing film from 1982 with a soundtrack by composer Philip Glass. The footage is all about movement, an endless flow of people and traffic coursing through a city, and the music is equally intense. We wanted it to envelop the visitor as much as possible. But there were two problems: if the audience came too close they would throw shadows on the screen; and we were concerned that the soundtrack would be too loud, annoying visitors while they are looking at other things. Again Lol came to the rescue. First, working with sound designer Peter Key, he suggested the speakers high up and behind the screen, with a shelf to deflect the sound from going up to the ceiling and rebounding into other parts of the gallery. This should direct the sound where we want it without allowing too much spill. He also designed a rear projection system, which will allow us to have the film projected from behind the screen. Visitors will be able to walk right up to it without disturbing the image. 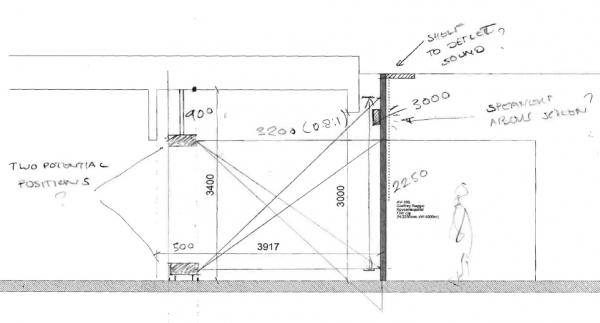 These examples show how handmade drawings and models – the oldest of design tools – can be of use even in the most technically challenging parts of making an exhibition. And it’s a good thing we have David and Lol to depend on. Because in the case of postmodernism (the ultimate attention-grabbing style), I don’t think we’ll feel like we’ve done anything much til the bright lights turn on.