It’s not surprising that when a fashion designer sits down to draw, the emphasis is usually on the clothing. Flip through a couturier’s sketchbook and you’re likely to find a series of interchangeable, blandly beautiful women or men, dressed up and maybe given new haircuts. These examples from the V&A’s collection of 1940s sketches by the British fashion designer Marjorie Field make the point pretty well.

Though the renderings are wonderful, they remind me of a child dressing up a paper doll in different outfits. The same attitude is evident in this terrific 17th century miniature, which allows you to try out different headdresses and gowns on a single face. 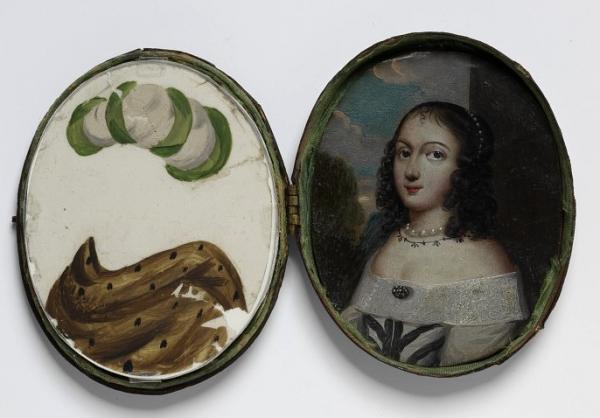 Anyway – the relative lack of personhood in most fashion renderings got me to thinking: why have the person at all? I went on the hunt for fashion drawings in the collection where the garment is drawn on its own. Mostly, I came up empty. Maybe for a designer, the face of the model – no matter how summary – is too important a way to convey the right style note.

Or maybe it’s just too weird to see garments floating in space. The below examples are from a sketchbook owned by the V&A, which was created by the Venetian painter Luca Carlevarijs. Unlike couturiers’ drawings, which have to be persuasive within the fashion system, Carlevarijs’ seem to have been totally utilitarian. They were used as aids to create his enormous, pageant-like scenes of Venice populated with countless well-dressed figures. 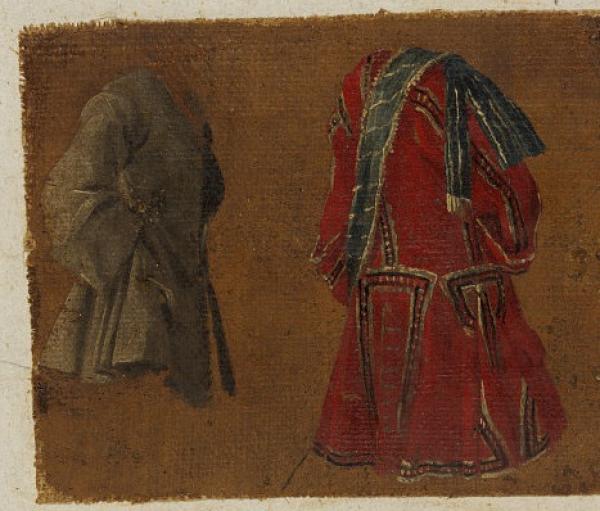 Carlevarijs’ work got me thinking more about the role of the disembodied garment in art history; and that got me thinking, in turn, about drapery. In classical sculpture, the carving of fabric was one of the greatest challenges, and most important expressive techniques, in the sculptors’ repertoire. with this precedent in mind, artists from the Renaissance forward have taken up the subject of drapery as a way to show their stuff. Below are examples by two of European art’s greatest draftsmen: Leonardo da Vinci on the left, and Angelika Kauffmann on the right. 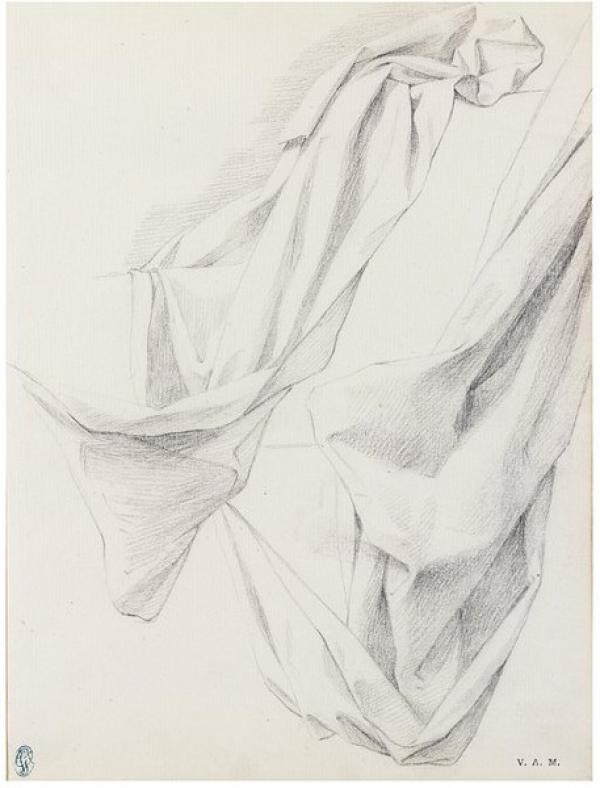 When they made these sketches, artists of this calibre might have been thinking about a painting that would ‘quote’ or employ the folds and hollows they’d rendered so subtly in chalk or pencil. They also may have been thinking about the implied bodies beneath the fabric – conveying a sense of the hidden, palpalble shapes beneath is a big part of a great drapery study. But a drawing like this is often a tour de force in its own right. This leads me to a surprising conclusion: historically speaking, people have been more likely to draw a piece of clothing without the person inside it when they are after artistic expression, rather than an actual fashion design.

As with many subjects I’ve taken up on this blog, contemporary artists have taken a long, hard look at the drapery study, and have come up with some wonderful responses. Below is just one example: a weaving by the California-based fiber artist Lia Cook, in which she quotes a Leonardo drawing. 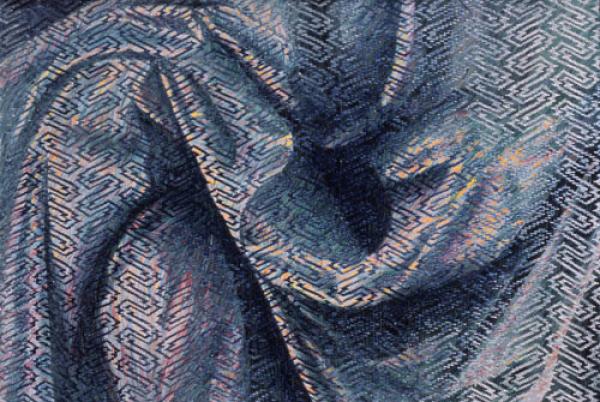 What seems sculptural here is actually flat, and what seems freely drawn is actually created through the painstaking process of setting up the loom; volumes are made through the crosshatch-like intersection of warp and weft threads. What I love about the work is the way that Cook uses the ‘dead white male artist’ Leonardo as a sort of detour. She departs from weaving technique, and she arrives at the image of a woven fabric – an implicitly Feminist reclaiming of an art historical source. But all sorts of ‘artistic’ transformations happen along the way. In this image of bunched-up silk is condensed a lot of what craft and sketching are all about.