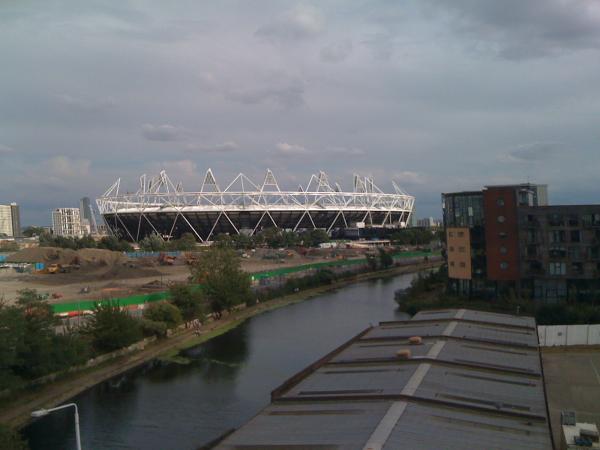 A couple of months ago, I had the pleasure of visiting the construction site for the new Olympic Stadium, in the company of our students on the V&A/RCA Course in Design History. Project architect Philip Johnson (no relation to the great American modernist) and his colleagues from the firm Populous, who designed the structure, gave us a wonderful and revealing tour. Here’s a few of the things we learned about  planning for a building that will arrest the attention of the world two years from now. 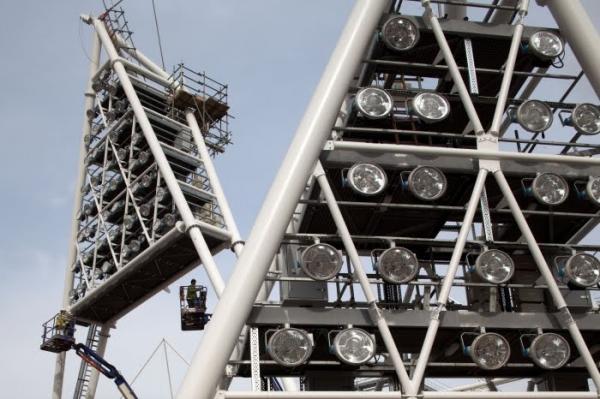 Stage Set Architecture. If you’ve noticed anything about the preparatory renderings for the stadium – or seen the actual structure rising on the horizon in East London – you’ll have spotted the triangular lighting rigs atop the building. To understand this design, you have to think of the stadium as a giant stage set. It’s a big place – seating 80,000 people – but that’s nothing compared to the many millions who will watch the opening ceremonies and track & field events of the Olympics. With the introduction of High Definition broadcasting, it’s become crucial to flood the field with light, so the cameras can pick up every detail. Because Populous wanted the stadium to feel intimate, they put the seats quite close. But if the lights were too low, they’d blind the audience and athletes alike. Hence the rigs, which thrust the lamps way up into the air; of course they also serve to make the building distinctive, an easily recognized landmark on the London skyline. 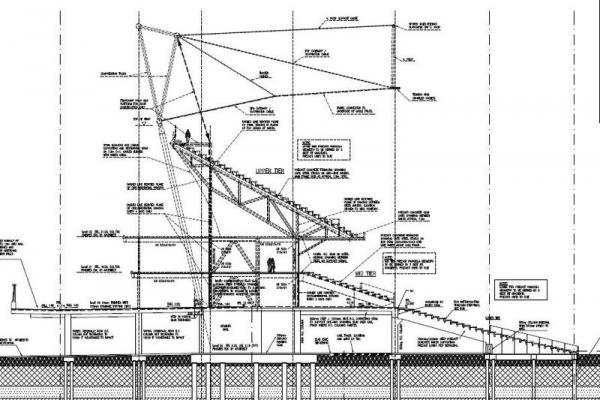 Crowd flow. One of the biggest challenges when designing a building for large numbers of people is getting the traffic pattern right. In case of an emergency evacuation, and even in the normal operating of the 2012 Stadium, it’s vital that people can get where they want to go as quickly and easily as possible. Predicting the motion of 80,000 people of all shapes, sizes and ages isn’t easy though. This is where Populous used a new design tool called Massive. 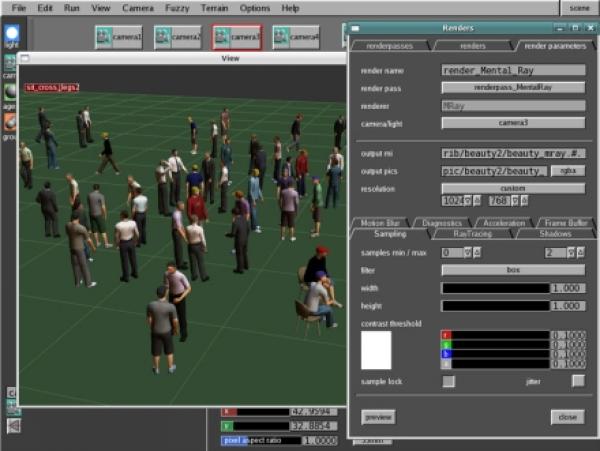 This software was developed in New Zealand, originally for computer games. It’s a simple idea: each individual within a large group is assigned a number of characteristics. The the software runs a simulation, in which all of these digital ‘people’ interacts with one another. It has been used to create special effects in film – here’s a screenshot of Lord of the Rings, showing a battle scene created with Massive. 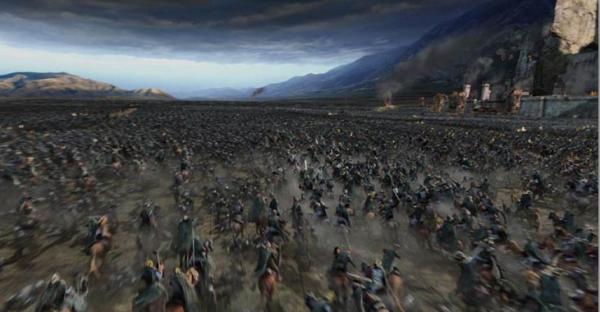 It’s also useful for the real world, though. You can see an animation of the crowd flow at a new museum in Los Angeles, designed by Renzo Piano, here. Massive strikes me as an amazing metaphor for the way that large institutions deal with the public today – simultaneously very personalized and completely homogenous. 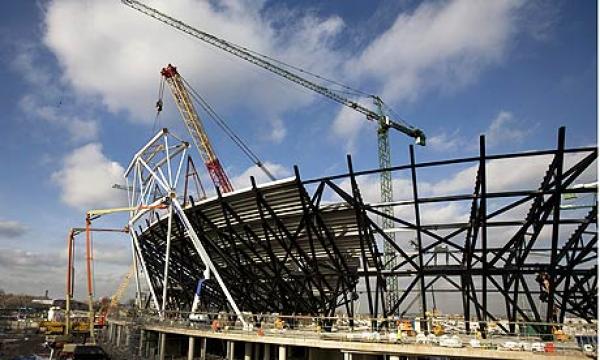 The Stadium’s Lifecycle. Like any architectural firm today, Populous is quite commited to green architecture. The early construction photo above shows the material that is being used for the stadium – believe it or not it is all oil pipeline, which was lying unused in a metal yard. The architects repurposed the steel to make the building’s space frame. 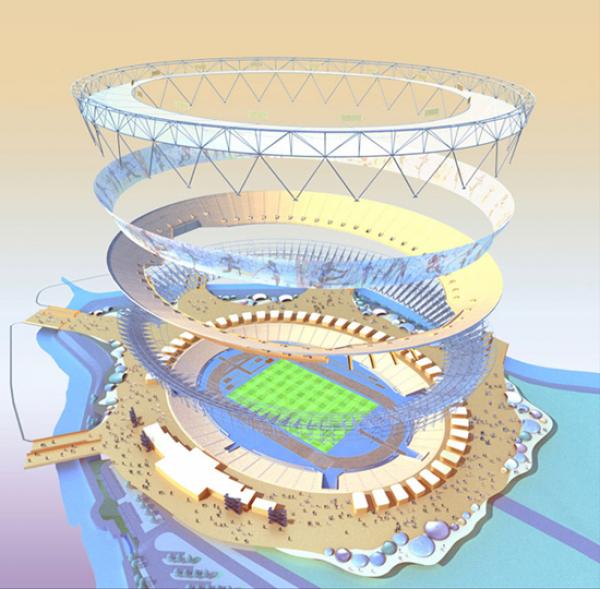 Another aspect of the stadium which has gotten a lot of attention in the press is that it is ‘demountable.’ It’s being built to hold 80,000 people but may, after the Olympics, be partly dismantled to make a smaller stadium. If West Ham Football Club move in, it will stay pretty much as it is, but it could be reduced in size by half or even more. Johnson, our architect tour guide, conceded that it was a bit strange to be working on such a prominent project, and not know for sure what it will be used for in just a couple of years. 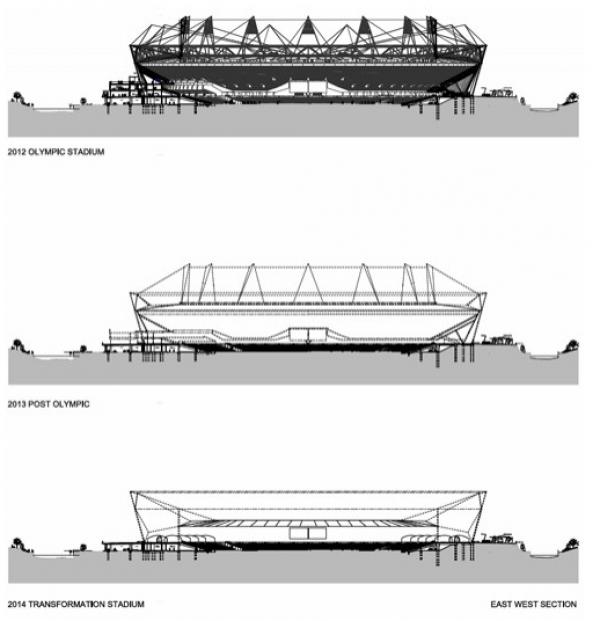 The 2012 Stadium shows just how complex the techniques of design have become. But there’s one thing that the thousands of computer renderings Populous has made for the project have in common with preparatory drawings since the Renaissance: they are an attempt to plan for an unknown future. The only thing we know for sure about the London Olympics is that there will be plenty of surprises; and in these images, we’re reminded that good design is, above all, a way of coming to terms with uncertainty. 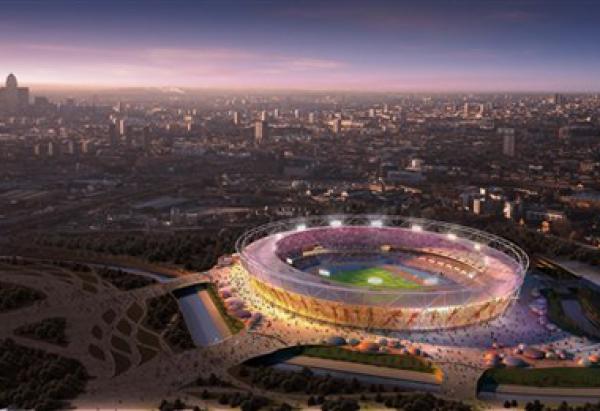