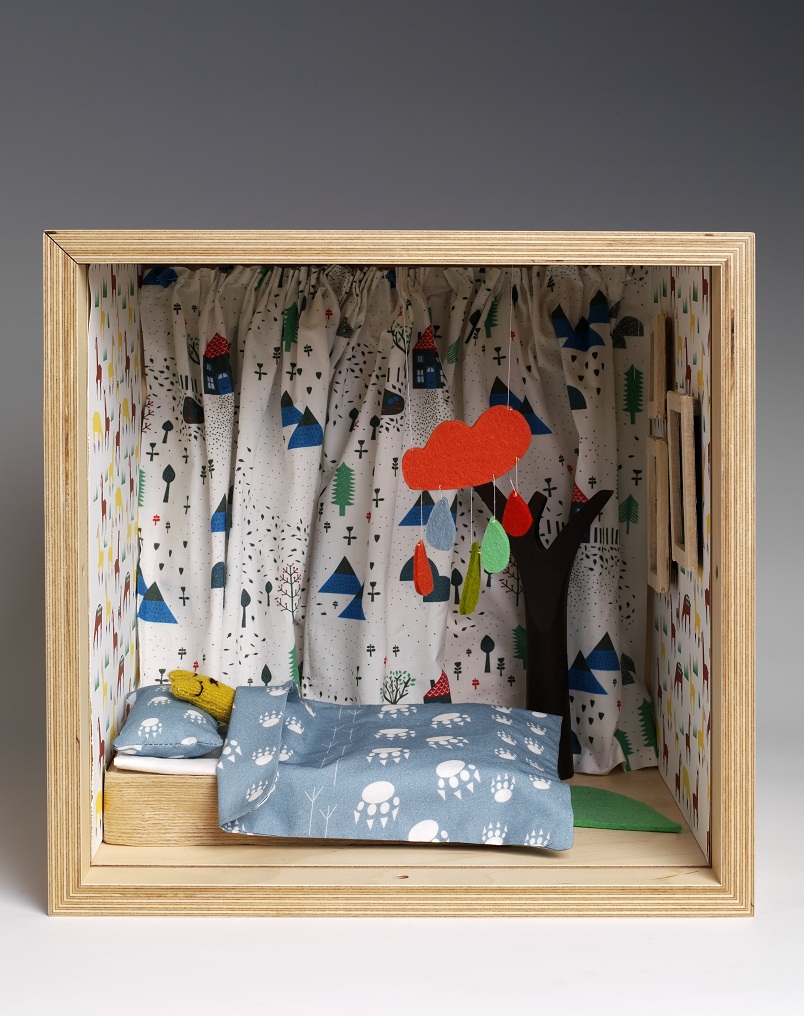 “I’ve called this room Llama Dreams, as it’s a bedroom full of pattern and colour, and I think it could inspire some crazy dreams if you slept here! I’m a a big fan of the director Wes Anderson so I wanted to create a room that looked like it was straight out of one of his films! The fabrics are from our own new fabric collection called Forest & Friends and the wallpaper was designed especially for this room.”

Donna Wilson, a designer of textiles and various home products, began her business through the creation of odd knitted creatures for her final show at the Royal College of Art. These items were sold out immediately and this success prompted her to continue their production.

Since then she has branched out, making everything from clothes to coffee mugs.  Her quirky and original style sets has gained recognition in the design world, and in 2010 she won the ‘Designer of the Year’ at the Elle Decoration’s British Design Awards.