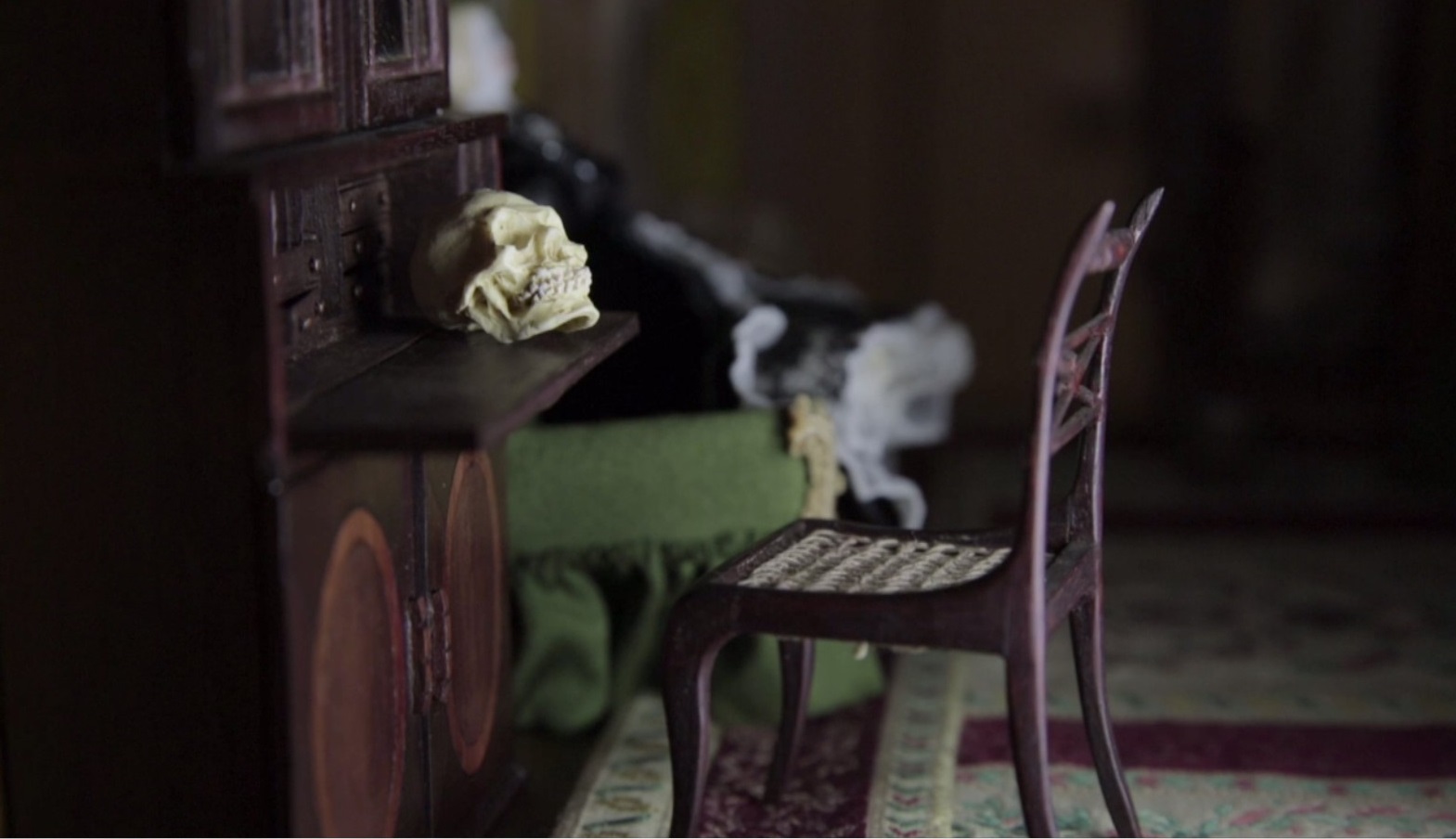 One of our main aims of Small Stories is to bring each dolls’ house to life, and what better way to do that with a film?

With the help of Peter Kelleher, V&A’s Motion Media Manager, aka filmmaker, we were able approach the dolls’ house in a new way by making a trailer highlighting Betty Pinney’s house, and the stories behind its walls.

So, how do you begin to make a dolls’ house come to life? Well, for us, we needed to create a dialogue that would both captivate our audience and accurately convey the story we wanted to tell.  The first step in our filmmaking process was to make a script by adapting the audio from the exhibition into short sound bites for the trailer. To begin, the curator Alice Sage edited a script that captured the essence of the different stories being told in Betty Pinney’s house.  Once we had the script written and some storyboard scenarios brainstormed, it was time to roll on to filming.

Now, I am no Coen Brother, so I had a few things to learn the day of filming.  Our first challenge was creating an intimate environment that would be suitable for film, not a museum display. My knowledge is limited to dolls’ house display, which aims to give a spread out while seemingly full effect. When filming, however, the idea is to be as intimate as possible, and with our original set up it seemed like the dolls not only hated each other, but hadn’t spoken in years.  With some fiddling and direction from Peter, we were able to set up each room in a way that had the dolls seem like they were genuinely interacting with each other (or it could have been my three cups of coffee).

Our second challenge was lighting, and creating an atmosphere that accurately mirrored the dialogue. Luckily, Peter is the expert, and knew what to do.  Through several adjustments we were able to achieve a spooky ambiance fit for any ghost story, as well as a more informal feel for the kitchen and saloon scenes. The major lesson in this portion of filming was that lighting is everything.  It alone can set the scene, even if there is no dialogue.

Once we had several shots that we were all satisfied with, it was time to call it aday and I have to say working in film is hard work.  I was proud of our end result, and we came away with a fully engaging, and if I may say so myself, an action-packed trailer.  It looks like I’ll have to begin writing my Academy Award acceptance speech soon.

What a delightful exhibit and blog ~ I am so enjoying reading it! You might also enjoy the blog of a doll maker here in Cape Anne, Mass. on the coast north of Boston ~ It is called “Dolls in the Neatest Manner” and feature beautiful reproduction Queen Anne Dolls which the author of the blog, Peggy Flavin, creates delightful and funny stories for ~ It is very charming and if you love dolls and have a delight in imagining what they might get up to when we aren’t looking, you will find these blog stories real treasures! Thank you for making the V & A collection available to us all!