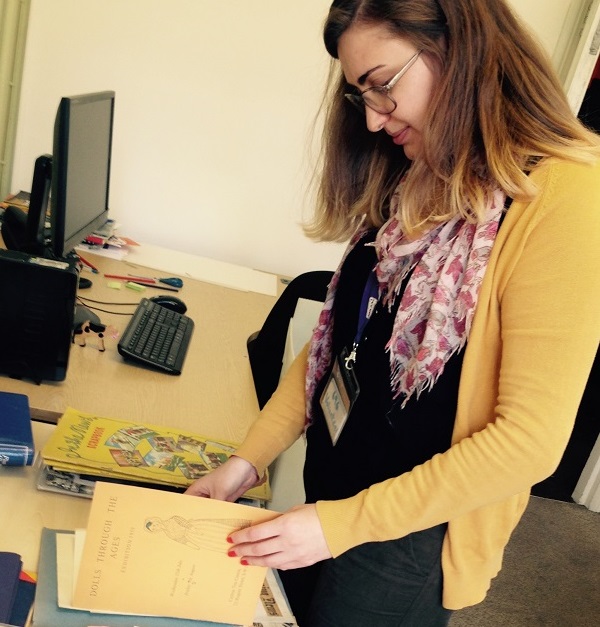 By Eloisa Rodrigues and Holly Tatham

Here in the V&A Museum of Childhood’s archives there is a new dolls’ house world to be explored. Nearly 10 years ago the museum received an incredible and extensive archive which belonged to the doll and dolls’ house collector Faith Eaton, who dedicated her entire life to this subject.

Faith Eaton lived in London in the mid twentieth century and as well as collecting dolls and dolls’ houses she also formed a diverse archive which reflects her personal and professional passion for this captivating miniature world.

This archive entered the V&A Museum of Childhood following Faith’s death in 2005 and until now little was known about it. Our aims for the Faith Eaton Project are to make order of more than 15 boxes of Faith’s archive and to bring it to life by making it public for the first time.

But where do we begin this challenge?

First things first we started opening each box to explore its contents. This was an exciting prospect as we had no idea what we might find…. 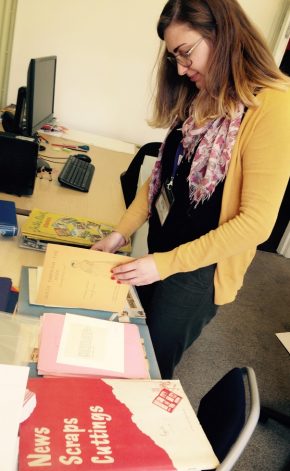 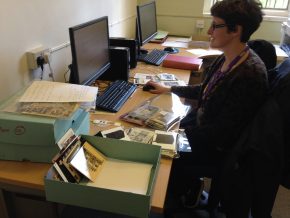 Inside the archive boxes we discovered a treasure trove of hundreds of postcards and letters along with scrapbooks, photographs, diaries and magazines.

It was becoming clear from these documents that Faith was a very dedicated maker, restorer, collector and expert of dolls and dolls’ houses.

So what’s next? In the following months we will be digging deeper to reveal the fascinating world of Faith Eaton’s archive.

How lucky you both are to be the first to dig in the Faith Eaton archives!
Please keep on posting your findings. It’s really interesting!

Very curious to see the results of your findings!

I am very glad to know where Faith Eaton’s archives and reference materials are! Researching Kaybot and Kay Miniatures plaster dolls house items two years ago, I learned that Michal Morse, who ran The Dolls House shop in Covent Garden for many years, had passed on the catalogue from which she ordered Kay Miniatures to Faith Eaton. I hope that eventually, when this archive is catalogued, it will be possible to view that catalogue, and others in Faith Eaton’s collection, which will be invaluable sources on makers and sellers of dolls houses and their furnishings!

I am interested in this collection too, has anymore been done and will any of it be published?