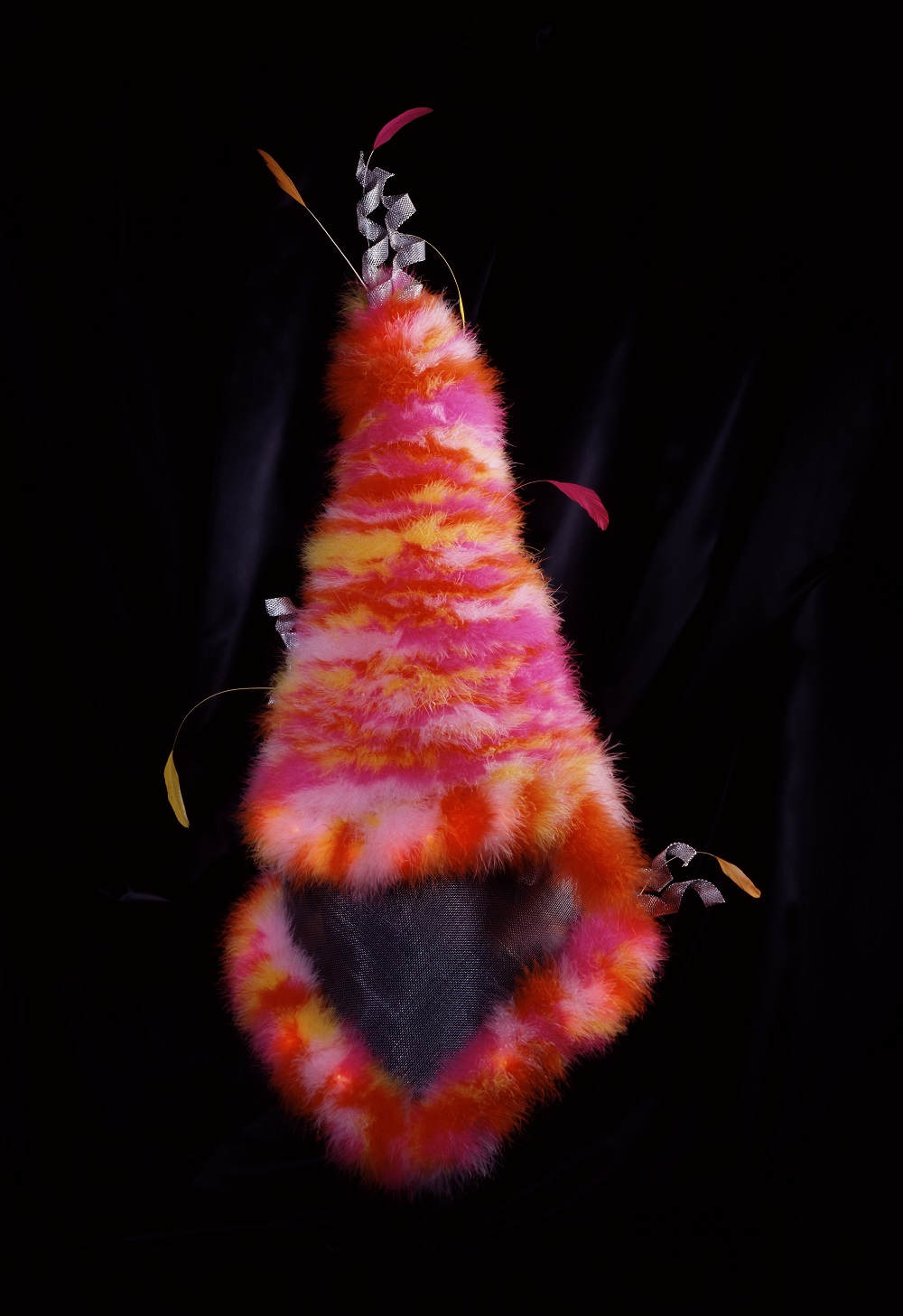 Jenna Banat is a volunteer in the Furniture, Textiles and Fashion department here at the V&A. In the third in a series of three blog posts, Jenna is going to take a look at some examples of feather hats in our collection.

Some Ascot hats are a celebration of traditional styles; others are designed to catch the eye and amuse. Mrs Gertrude Shilling, mother of milliner David Shilling, is renowned for the extravagant hats designed by her son that she wears at Ascot.

At the young age of 12, David Shilling helped his mother design her outfit for Ascot, which consisted of a hat that was three feet wide in a white frame with black tulle frills. Her dress was also white and the ensemble made the front page of the newspapers the next day. Every year since then, Shilling has made her a different hat.[1]

David Shilling had no formal training. A banker by trade, he began designing hats in the mid-1970s. Shilling’s design philosophy is that: ‘Hats should be like a glass of champagne, a capricious fantasy to be enjoyed and deserved by all women’.[2] Shilling opened a shop in London’s Marylebone High Street after releasing a highly successful collection in the late 1970s. His hats have been exhibited in the Flowers East Art Gallery in London; the Ulster Museum in Northern Ireland, and he set up a travelling hat show.

The hat of marabou feathers is a typical expression of Shilling’s dramatic flair. Brightly coloured marabou feathers completely cover a large, cone-shaped silhouette and a visor of metal mesh frames the face. Curled strips of wire mesh adorn the top and sides and the hat is completed by a sprinkling of battery-operated lights over the surface.

[1] S. Hopkins, The Century of Hats: Headturning Style of the Twentieth Century, p.30.

Hello, thanks for sharing. Sounds like a brilliant project! I think that glass of champagne is a very, very good place to start. Good luck!