Gain a comprehensive overview of one of the most dynamic periods in European art and architecture. Discover how the Renaissance, from its beginnings in Italy, came to affect the whole of Europe. From the invention of printing to dramatic changes in politics and religion, this course will reveal the social and political forces behind the period’s greatest masterpieces.

Dr Kathy McLauchlan is an art historian specialising in French painting and the academic tradition. She completed an MA in 19th century painting and a PhD on the work of art students at the French Academy in Rome at the Courtauld Institute, University of London. Kathy has worked the Open University, Birkbeck College, NADFAS and Morley College. 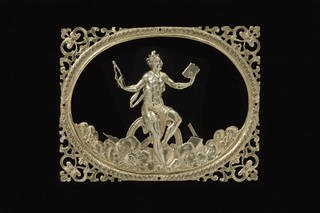 The era 1250 – 1350 was dominated by religious life, shaping the form and function of art. It also saw social change, with towns emerging as centres of patronage, and a dawning interest in Antiquity. The courtly gothic style spread from Paris across Europe. In Italy Giotto evolved a new, realistic visual language.

The Reformation and Counter Reformation had profound effects on painting, sculpture and architecture. A new Baroque style emerged in Rome, most spectacularly in the work of Bernini and Borromini. Meanwhile, England’s Tudor period saw a flowering in the arts.

For the Netherlands, independence in 1648 inaugurated a golden age for art, particularly in the domestic spheres of portraiture and genre. Elsewhere the state took a stronger lead, above all in France, where Louis XIV’s palace of Versailles embodied his power and prestige.