Discover the civilisations of Ancient Greece and Rome and explore classical themes, motifs and styles. From Homeric myths in vase-painting to Byzantine art under Constantine, gain fascinating new perspectives on the life and afterlife of the ancient world.

Scroll down to find out more information about this course.

V&A Academy Online art history courses bring you all the richness and rigour of the V&A through an easy-to-use platform built with the latest Microsoft technology.

Learn wherever, whenever. With V&A Academy Online, you can log in to view lectures live and pose your questions in the Q&A, or view the recording later in your own time. Download lecture notes, copies of the slides, and additional study materials from our secure learning environment. Then join the conversation: share your perspective with your fellow students, and support each other in your further enquiries outside of class time.

To find out more, including about how we use your personal data, click on "How do our online courses work?" 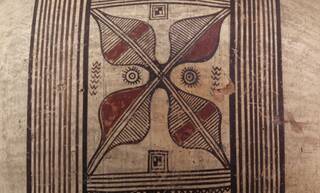 I have thoroughly enjoyed this course.. as always I have learned a lot. Previous V&A Academy Online Course Attendee

The civilisations of Ancient Greece and Rome have provided a seemingly inexhaustible source of inspiration for European art, design and architecture. This course explores the key elements of Classicism, and their subsequent re-interpretation and revival in later times. It examines the cultural highlights of the Classical world, including Homeric myths and their representation in sculpture and vase-painting, the architecture of Athens and Rome, and the rich decoration and furnishings revealed at Herculaneum and Pompeii. The course then investigates the afterlife of the classical era, exploring the ways in which classical themes, motifs and styles were re-discovered and interpreted. It emphasizes that classicism is a living tradition, re-invented to meet the needs and interests of each new age. The classical world has proved to be an endless source of inspiration for painters, sculptors and architects, as well as providing a set of standards or ideals to be adopted or renounced.
This course offers a unique perspective on western art by revealing the many faces of the classical world and tracing the ways in which European artists responded to it in later periods. 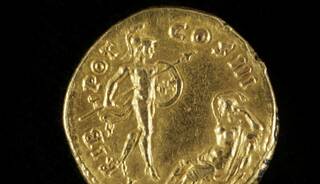 V&A Academy Online courses are built using the latest Microsoft software. Tune in to expert lectures live, or catch up later on demand. Download handouts and presentations. Join the discussion in a secure, closed class environment, wherever you are.