The baby doll pictured is made by Armand Marseille, one of the biggest and most successful German doll manufacturers of the twentieth century. The doll, dressed as a Japanese baby, was made in the 1920s when dolls derived from different cultures were particularly popular in Europe and the USA. The mould used to make the doll would have been very similar to the one used to make Caucasian dolls, with minimal differences to suggest the Southeast Asian features. 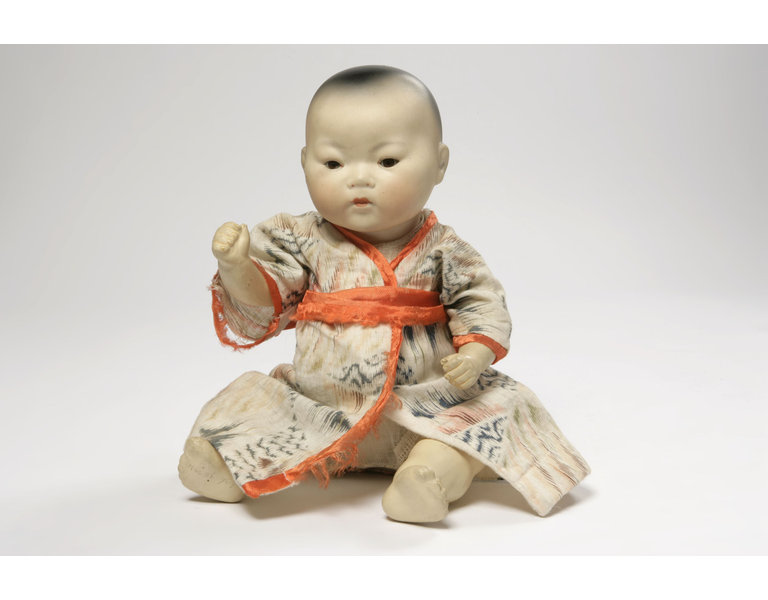 Armand Marseille issued their first version of a true baby doll in the 1920s and called it ‘My Dream Baby’. Until then, as with most other doll manufacturers, their ‘baby’ dolls were based on young children rather than infants. ‘My Dream Baby’ was available in a variety of sizes from 21.5cm to 61cm, and there were four dolls in the range, representing Southeast Asian, mixed-race, Black and Caucasian babies. Armand Marseille also sold the head design to other doll manufacturers around the world.