In 1933, the plastics engineer and entrepreneur Charles Bird Plimpton set up the Plimpton Engineering Co. Ltd in Liverpool, specifically to manufacture Bayko. 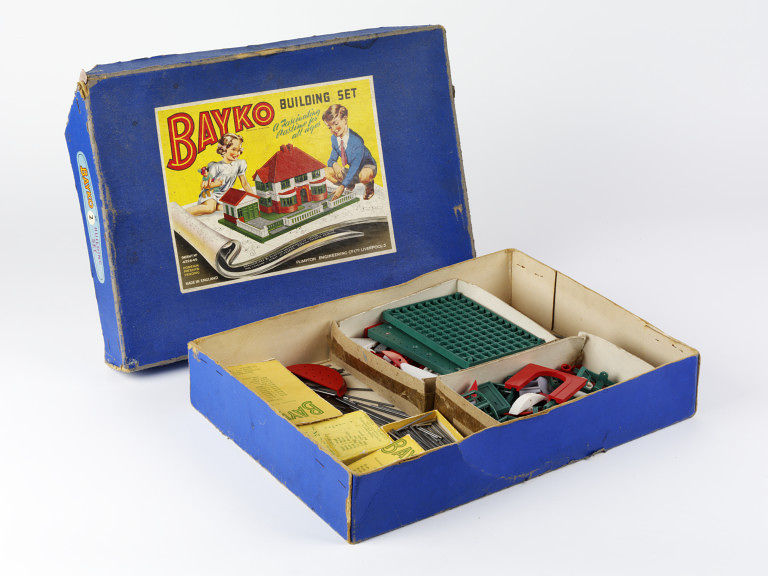 Bayko took its name from the material Bakelite – an early type of plastic developed between 1907 and 1909 by the American Leo Hendrik Baekeland.

A typical Bayko set consisted of a base with a grid of holes, thin metal rods in varying sizes, a number of wall, door and window pieces, ‘floors’ made of thin Paxolin sheets and a roof, which came in one piece. 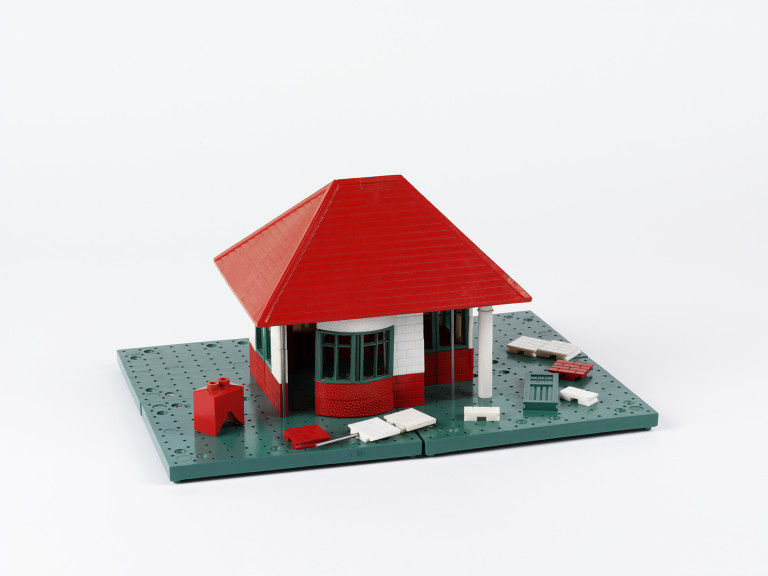 The original colours of the sets were quite muted – brown, maroon, green and white – but with the advancement of plastic technology in the late 1930s, the colours became brighter. The base, windows and doors became green, the roof red and the bricks red and white. As with Meccano, accessory sets were available for converting existing sets into bigger and better ones.

Bayko was marketed as an ideal toy for boys and girls of all ages, and as it was washable, was even recommended for sick children. As well as houses, sheep pens, a mosque and even a Noah’s ark were available to buy as a set.

Production was halted to focus on the war effort in 1941. During this time, the factory produced parts for Wellington bombers. After the Second World War, Plimpton Engineering continued to manufacture Bayko until 1959 when it was taken over by Meccano.

In 1963 Meccano also began to feel the pressure from competing construction toys such as Lego. By 1964, all advertising for Bayko was stopped, although Meccano continued manufacturing Bayko sets and spares until 1967.