At the beginning of the 20th century the toy industry was based predominantly in Germany. During the First World War, imports from Germany were banned and the British government instead encouraged toy-making in Britain, as it helped the economy and provided jobs for ex-servicemen. 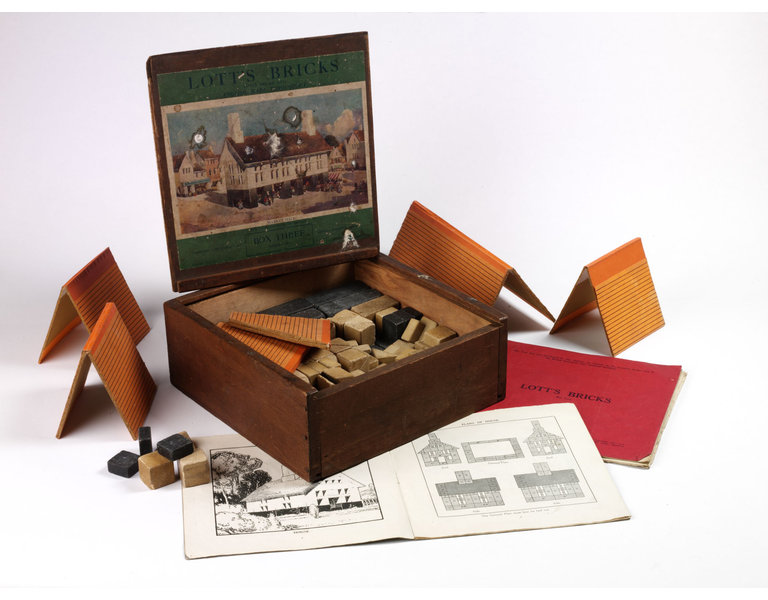 Around this time, English manufacturer E. A. Lott devised a new system of bricks suitable for assembling small buildings. Together with a cardboard roof and instructions, Lott started selling these bricks as Lott’s Bricks in 1918. Lott’s Bricks eventually became even more popular then Anchor blocks, which were produced on the same principles by Richter, the well-known German manufacturer of construction toys.

Lott’s success was assured when Queen Mary bought a set from him at the British Industries Fair in 1918. A number of sets were later produced, each with its own series, including Modern, Lodomo and Tudor. The bricks were the last of the old-fashioned composition blocks, which were later superseded by the very different styles exemplified by Minibrix, Bayko and Lego. Lotts Brick’s Ltd ceased to exist in the 1960s.