In 1901 Frank Hornby (1863-1936), a clerk from Liverpool, invented and patented a new toy called ‘Mechanics Made Easy’. Hornby, who had a keen interest in architecture, had originally invented the toy for his two sons, as a way of introducing them to the basics of engineering.

‘Mechanics Made Easy’ was a model construction kit, consisting of perforated metal strips and plates, and nuts and bolts to connect the pieces. The only tools needed for the sets were a screwdriver and a spanner. Rods, wheels, pulleys and gears were also later added to the sets. 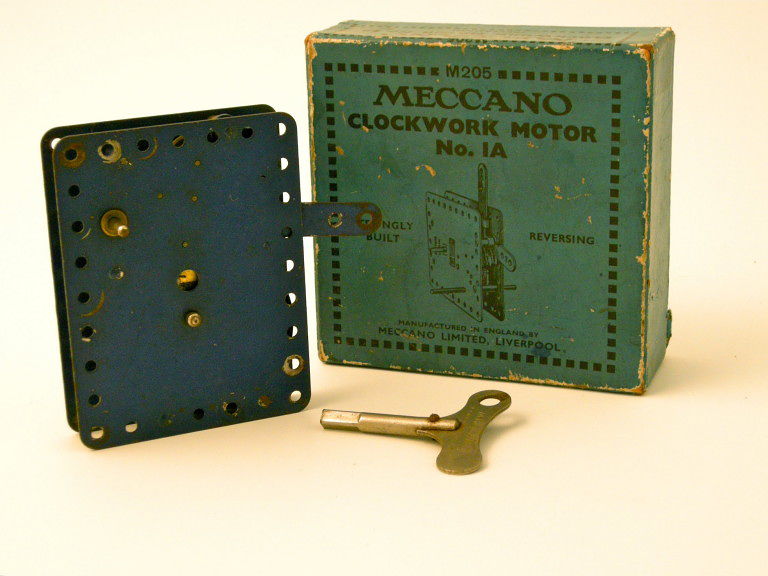 In 1901, Hornby applied for a patent for ‘Mechanics Made Easy’ and the construction toy went into production. Early sets were packaged in tin boxes and the parts were produced in unpainted metal. In 1907, Hornby registered the Meccano trademark, and in 1908, formed Meccano Ltd. To keep pace with demand, a new Meccano factory was built in Binns Road, Liverpool in 1914, which became Meccano Ltd’s headquarters for the next 60 years. Over the next 25 years, various numbered sets were introduced and by the mid-1930s, ten full sets were available as well as several accessory sets.

To mark the twenty-fifth anniversary of the company, colour was introduced and in 1926, a red and a green set was produced. From 1934, blue and gold sets were also available in Britain. 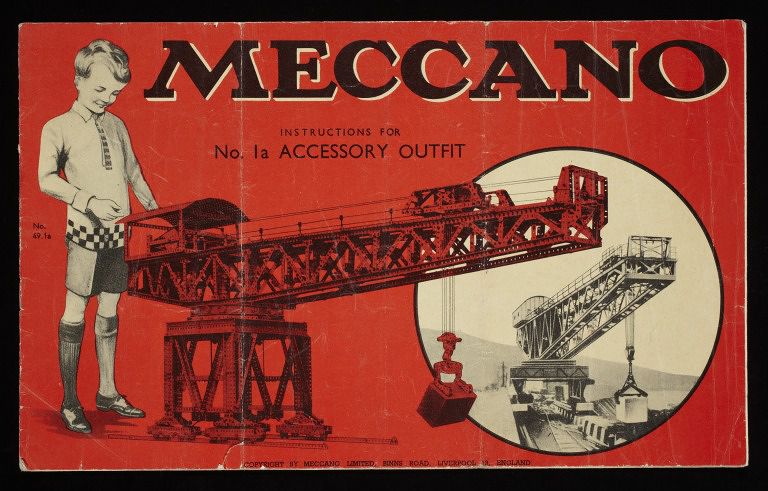 From the early 1960s the Meccano company was unable to financially operate on its own, and became subject to various takeovers from manufacturers such as Tri-ang and Airfix. During this time the colour combinations changed again – first to yellow and black, then to yellow and blue. Plastic Meccano sets were also produced for young children. In the 1980s Meccano was manufactured in France and in 2000 it was taken over by the Japanese firm, Nikko. Today, Meccano continues to be made in France and China.

The success and popularity of Meccano has been, and continues to be, phenomenal. In order to cater to its huge popularity, Frank Hornby started a Meccano magazine in 1916, which later became a general hobby magazine that continued to be published until 1981. In 1919 Hornby founded the Meccano Guild to bring together the various Meccano clubs that had sprung up all over the world. This tradition is continued today by the International Society of Meccanomen.