Museum number: MISC.9-1955
Currently on display in the Home Gallery

This dolls’ house was custom-made for Mrs Ann Jago Bryant in about 1865. It is said to be modelled on her own house, Oakenshaw in Surbiton.

The furniture is beautifully carved in rosewood and mahogany, the upholstery is rich and bright. The wallpapers and carpets are all typical of a conservative, middle class household. There are a few mass-produced items – see the lacquered trays in the kitchen – but most of the furniture is unique, and must have been commissioned from a skilled cabinet-maker.

This is one of earliest houses in the collection to feature photographs. There are many small black and white prints, which may be of Mrs Bryant’s grandchildren. Photography studios had opened on high streets across the country by the 1860s, and Mrs Bryant was clearly a keen participant in this new craze.

At the time, she was a middle-aged woman living in luxury in the London suburbs, and the house reflects that sturdy Victorian domesticity. But Ann and her husband had come a long way in the previous thirty years. 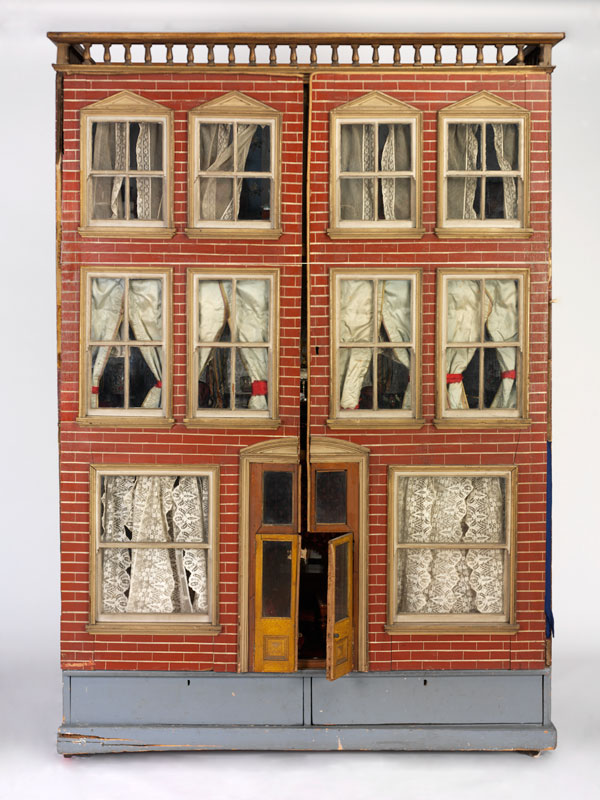 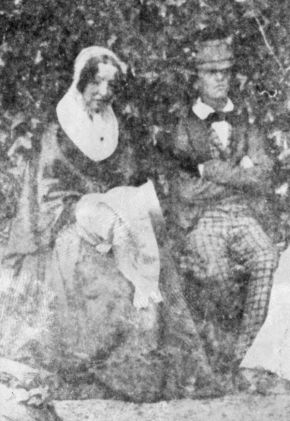 Ann Bryant, nee Carkeet was born in Falmouth, Cornwall in about 1806, into a prosperous Quaker family. William Bryant also joined the Society of Friends upon their marriage in 1833. The couple lived in Plymouth, where William ran a soap works and a starch factory.

In partnership with London businessman Francis May, Bryant started importing lucifer matches. In 1843, lighting fires was an arduous task which could consume hours every day. Bryant & May had a breakthrough with safety matches, which struck on the side of the box. By 1853 they were selling 8 million boxes of matches a year.

Fuelled by ever-growing demand, in 1861 the firm moved to London to set up a match factory in Bow, in the East End. The eldest son, Wilberforce Bryant, started as manager.

The Bryants, however, lived far away from the poverty of Bow. They had a large house called Oakenshaw in Surbiton, an area in Surrey known as ‘the Queen of the suburbs’. Wilberforce lived in the next road along, and neighbours included solicitors, publishers and politicians. A small taste of the luxury of their lifestyle is visible in the ornate and comfortable furnishings of Mrs Bryant’s dolls’ house, commissioned around this time.

Ann Bryant died in 1879, and is buried in Kingston on Thames.

In the First World War, the house Oakenshaw was used as a military hospital – the large rooms filled with beds for injured soldiers. Soon after, it was knocked down and replaced by a number of smaller houses. The dolls’ house, on the other hand, passed down to Wilberforce’s daughters Rita and Helen. They gave it to the Museum in 1930, first on loan and then as a permanent gift.

The dolls’ house was illustrated in Vivian Greene’s book ‘English Dolls’ Houses’ in 1955. There, it was titled ‘Mrs Bryant’s Pleasure’ and the name has stuck ever since.

The name of Bryant & May is infamous as the site of the celebrated ‘Matchgirls’ Strike’ of 1888. By that time, the factory had been taken over by the sons Wilberforce and Frederick, promoting mechanisation in the factories and expanding the company.

In reaction to the summary dismissal of three workers, about 200 young women and girls walked out of the factory July 1888. They were protesting at fines, punishments, low pay and dangerous conditions. Workers in the match factory were frequently afflicted by ‘phossy jaw’, a disfiguring and painful illness caused by the fumes from the phosphorous match-heads. With the assistance of radical journalist Annie Besant, they launched a vocal campaign, raised money for a strike fund, and eventually forced the Bryant & May management to back down. They founded the Union of Women Match Workers and returned to work with union representation.

The Matchgirls ignited the New Unionism movement, which organised the unskilled and lowest paid workers to improve their conditions.