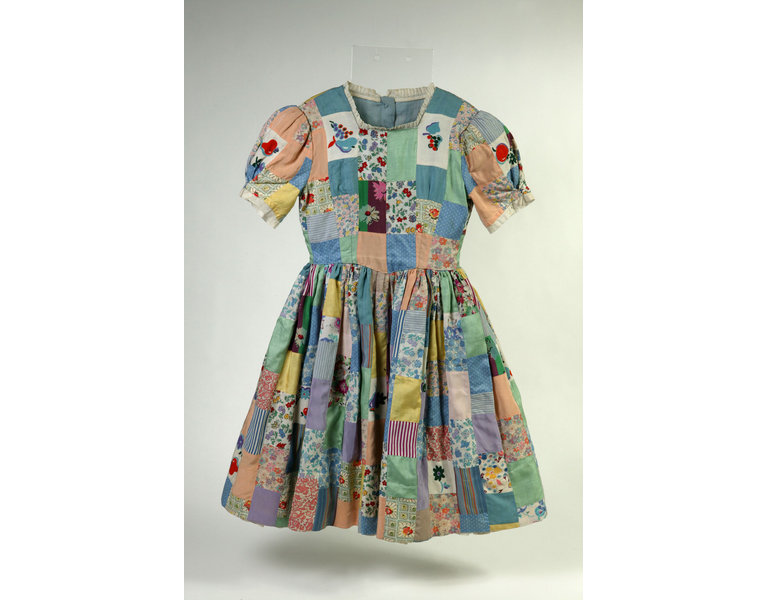 The dress pictured was made for a little girl called Jane by her mother in 1942 after an unexpected invitation to a children’s party. By this stage of the Second World War, parties were unusual as there were significant food shortages and many children had been separated from family and friends after being evacuated.

At this time, new party dresses would have been very difficult to obtain as clothing was rationed, and cost money as well as precious coupons.

The night before the party, after Jane had gone to bed, her mother collected every spare scrap of fabric she could find. In the morning, Jane’s patchwork party dress (pictured) was ready: her mother had cleverly made a dress using all the scraps of fabric.