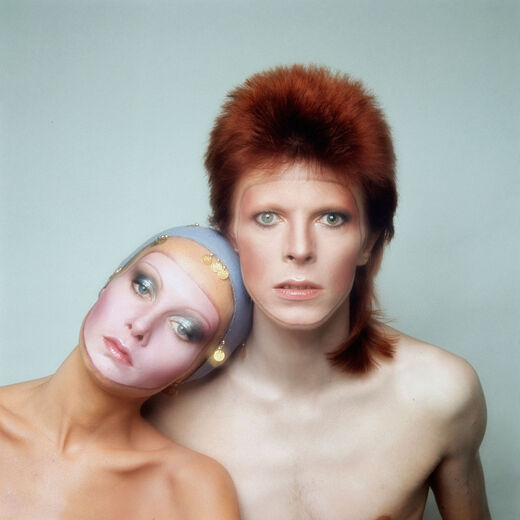 It was chance that brought David Bowie and Twiggy together in 1973. Twiggy became an instant fan after listening to Bowie’s Aladdin Sane album. And when she heard the lyric “Twig the Wonder Kid” on Drive-in Saturday, it was clear that the admiration was mutual. Shortly afterwards, Twiggy's manager, Justin de Villeneuve, arranged for the pair to meet. This photograph was shot by Villeneuve in Paris and appeared on the cover of Bowie’s seventh studio album, Pin Up.
Now available as a limited edition of 50, it is signed by Justin de Villeneuve. C-type Lambda print.