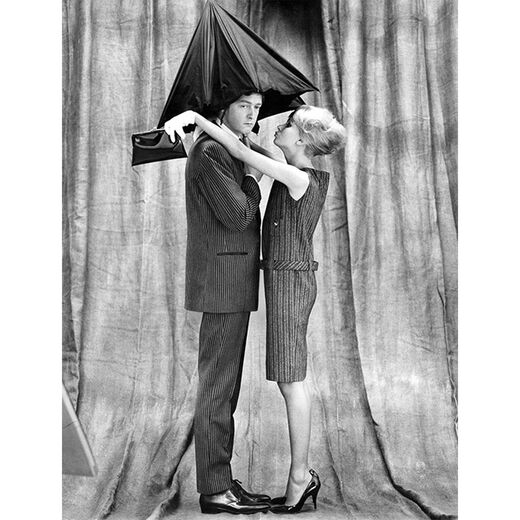 Details
Strictly Young Ideas feature, British Vogue, photograph by Norman Parkinson, 1960
Stamped and numbered on reverse by the Norman Parkinson estate. Limited edition prints. Edition of 21 and 3 Printer’s Proofs per size.
© Iconic Images / Norman Parkinson Archive
In a career that spanned seven decades, Norman Parkinson dazzled the world with his sparkling inventiveness as a fashion photographer. He began a career in photography in 1931 as an apprentice to the Bond Street Court Photographer Richard Speaight. In 1934, he set up the Norman Parkinson studio with Norman Kibblewhite at One Dover Street, specialising in portraiture. Following his success Parkinson embarked on a long association with British Vogue in 1942, becoming one of the magazine’s star photographers. In the 1960s, he began taking official portraits for the British Royal Family and was elected Honorary Fellow of the Royal Photographic Society and was appointed CBE in 1981. Parkinson continued to work as a freelance photographer until his death in 1990, and is remembered today as one of fathers of modern fashion photography.
This print is estate-stamped and numbered on reverse on behalf of the Norman Parkinson estate, and is printed on gelatin silver fibre-based archival paper.