A Collector of Secrets: Sir Balthazar Gerbier (1592-1663) in cultural diplomacy and the arts 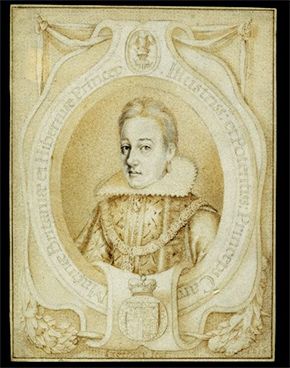 The Middleburg-born Huguenot Balthazar Gerbier (1592-1663) excelled with a vast career spanning from the various arts, the world of diplomacy to that of a courtier and spy. Many scholars have explored various aspects of Balthazar Gerbier’s roles as an artist, collector, scribe, cryptographer, agent, colonist, pamphleteer or architect.Few, however, have brought these activities together in order to understand how they intersected at the centres of European cultural and political power at the early seventeenth century.  Currently, the new historiography of diplomacy offers new ways to study transnational relations from interdisciplinary perspectives. The broad geographic, linguistic and disciplinary sweep of Gerbier’s highly varied career once made him a fulcrum upon which relations between art, science, and politics turned in the early to mid-seventeenth century.

Today, however, that same range makes Gerbier a difficult subject for any one scholar to tackle. Modern disciplinary and professional divides obscure the ways in which multifarious activities once intersected, for Gerbier as well as for many similar contemporaries (such as Peter Paul Rubens or Théodore de Mayerne).This one and half day symposium to be held in the Research Department of the Victoria and Albert Museum intends to bring together an international renowned group of scholars representing the interdisciplinarity of Gerbier’s skills and accomplishments and together shedding new light upon Gerbier in a comprehensive approach and in a creative research environment.

Gerbier was at the forefront of many early modern developments, as a propagandist, as a connoisseur, as a projector, as a South American adventurer, and even as an experimental natural philosopher. His multifariousness (as well as his shifting political allegiance) have made him a marginal figure. The aim of this scholarly meeting is to present new research in papers where Gerbier and his varied roles and activities are no longer seen as eccentric, but as representative of the multidisciplinary alliances and ambitions of the age. The outcome of the symposium will be to publish the papers in a volume which will shed new light upon one of the most central personalities of elite networks in the arts and politics at a very turbulent time in early modern history.

Organisers of the symposium