A history of photography 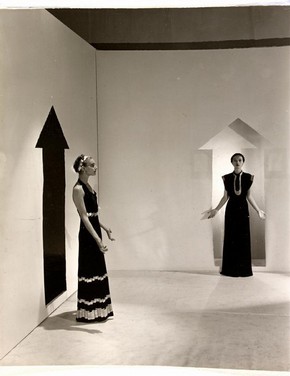 A self-taught photographer, Beaton launched his career in 1926 with an exhibition in London that won him an immediate contract with Vogue. His sumptuous and romantic images depict high society beauties and the most glamorous models of the age. Here the models, dressed in Schiaparelli, pose in a surrealist stage set typical of Beaton’s work of the 1930s. 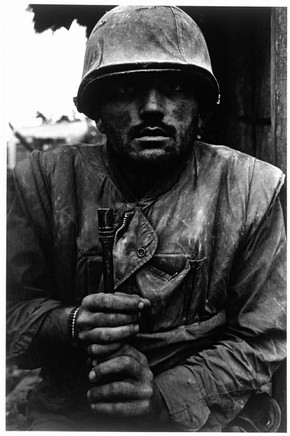 A well known war photographer, McCullin covered events of global importance for the 'Sunday Times Magazine' throughout the 1960s and 1970s, including the Vietnam War. In 1968 he joined a battalion of American marines as they crossed the Perfumed River to the city of Hue which had been captured by North Vietnamese soldiers. The Americans suffered heavy casualties and the city was destroyed. This image epitomises McCullin’s ability to show the human consequences of war. 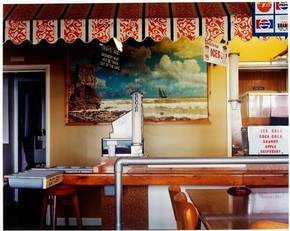 Jem Southam is one of a group of British photographers who began using colour in the late 1970s, partly in response to the colour work of American photographers William Eggleston and Joel Sternfeld. Here, his precise, detached style invites the viewer to scrutinise the café interior - the landscape painting on the wall, the variety of signs, the reflections on the tabletop and the way in which the wooden counter echoes the wooden picture frame. 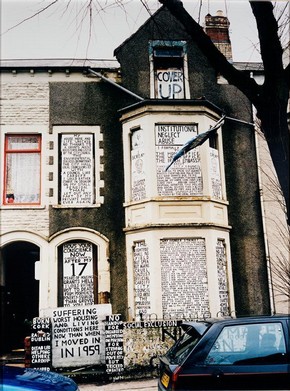 'Folk Archive' is a collection of the visual ephemera of Britain today, from murals and graffiti to souped-up cars and motorcycle hearses. Over the course of seven years, Deller and Kane collected objects and photographs of places, customs and things that ‘might constitute modern day folk art’. The archive was exhibited and published in the book 'Folk Archive: Contemporary Popular Art from the UK'. 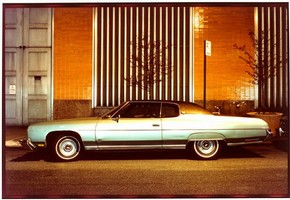 Clay was one of the first photographers to embrace colour photography as an artistic medium in the mid 1970s. Fascinated by the different colours and light sources in the urban night, Clay shot a series of photographs documenting parked cars on the streets of New York. He chose cars because of their iconic status in American culture and also for the formal qualities of their gleaming metal and glass, iridescent in the artificial lighting of the nocturnal city. 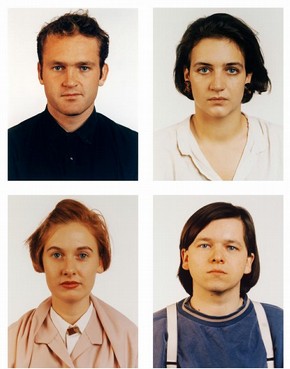 Ruff is part of a leading group of contemporary German photographers trained at the Düsseldorf Academy of Art. The group is known for a disciplined approach that explores - and questions - the objectivity of photography. The consistent and dispassionate style in this series of portraits resembles that of a mugshot or passport photograph. But Ruff replaced the natural eyes of his sitters with the same set of bright blue irises, thereby undermining the photographs’ truthfulness as records. 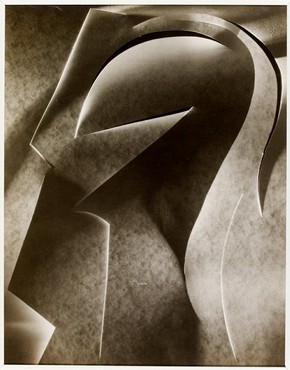 Bruguière began experimenting with photography at the suggestion of Alfred Stieglitz and Frank Eugene, founding members of the New York-based Photo-Secession. This group promoted the fine art of photography and organised exhibitions of its artists’ work. Bruguière created many Modernist compositions of dramatically lit cut paper designs. He was also interested in film and multiple exposure photographs. 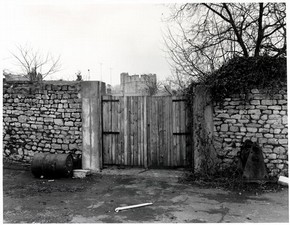 This series explores what Arnatt called the ‘conjunction of “beauty” and “banality”’. As the title suggests, the photographs were taken around England in areas specially designated for their striking landscapes. However, the beauty of a place usually forms the background for the images. The real focus is on something unexpectedly everyday in the foreground, for example a pile of rubbish. 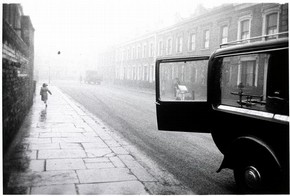 In this foggy London street scene Frank aligns a number of seemingly unrelated elements into a coherent picture. On the left a running child is reflected in the wet pavement, while in the foreground the open door of a hearse frames the grainy form of a rubbish collector. The solid black bulk of the vehicle is set off by the soft greys of the houses, fading almost to white in the distance.

History of the photography collection

The history of the photography collection in the V&A is closely connected with the development of the Museum as a whole. Its first director, Henry Cole, was an amateur photographer himself and a great supporter of the art of photography. He began a photography collection in 1856, the year that the South Kensington Museum, now the V&A, was established. Since then, the collection has grown to be international in scope and comprises over 300,000 images dating from 1839 to the present.

Focusing on four historic photographs from the V&A collection, the importance of the sense of touch in photography is demonstrated. Photography can be seen as a combination of science and art, in which advances in technique continually feed creativity and artistic achievement. This is borne out by the changes in photographic materials, particularly the paper. Over the years, a variety of paper types and light sensitive coatings have been manufactured, so paper quality and texture can often help to date a photograph.