About the Asian Collections

The department cares for the Victoria and Albert Museum’s Asian collections. They include work from the following countries: Afghanistan, Bangladesh, Bhutan, Cambodia, China, India, Indonesia, Japan, Korea, Laos, Malaysia, Myanmar (Burma), Nepal, Pakistan, Sikkim, Sri Lanka, Thailand and Vietnam. The department also includes collections from the Middle East and North Africa, hitherto held by the departments that collect Western art. This will allow their significance to be fully appreciated for the first time.

The creation of the Clothworkers' Centre for the Study and Conservation of Textiles and Fashion at Blythe House will necessitate a major move of stores containing East Asian, South and South-East Asian and Middle Eastern material. Therefore from January to August 2011 parts of the Asian collection in all media will not be available for viewing; no Asian textiles will be accessible from October 2011 until the opening of the Clothworkers' Centre in October 2013. A wide range of textiles will continue to be displayed in the Chinese, Japanese, Korean, South Asian and Islamic Middle East galleries.

The Asian department will continue to offer limited appointments for material not affected by this project, but visitors should be aware that they may have to wait longer than usual for an appointment.

Enquiries about the Asia Collections: asia.enquiries@vam.ac.uk

The V&A holds the national collections of East Asian furniture and textiles, while its collections of ceramics, export art, Japanese prints and weapons, inro and lacquer are among the finest in the Western world. Other strengths are in metalwork, carvings and 20th and 21st century art and craft. 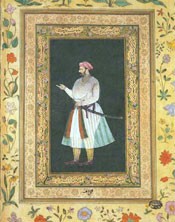 The collections from South and South-East Asia comprise nearly 60,000 objects, including about 10,000 textiles and 6000 paintings. The range of the collection is immense.

Chronologically, it extends from the Indus Valley period (about 2000 BC) to the present day. Geographically, it spreads from Afghanistan to Indonesia, though the majority of the material is from the Indian subcontinent. Much of it was acquired in the 19th century, often as an example of contemporary arts and crafts. This has given the collection a unique range of everyday artefacts (textiles, utensils, tools, folk paintings), as well as courtly arts such as Mughal miniatures or fine temple sculptures.

The greatest strengths of the collection are in Mughal miniature paintings and decorative arts, especially jades and rock crystal; Indian textiles, including those made for the European and South-East Asian markets; Indian sculpture, especially bronzes; Indian furniture for the Western market; paintings from the Punjab Hill courts; 19th century photographs of India and Burmese decorative arts. Other substantial holdings include jewellery, ceramics, glass, lacquerware, basketry and woodwork from throughout South and South-East Asia and the Himalayas, Tibetan 'tangkas', and Indian film posters and ephemera. The collection of contemporary art from India and Pakistan includes significant works by several major artists.

The V&A holds over 19,000 items from the Middle East and North Africa, ranging from the early Islamic period (the 7th century) to the early 20th century. The collections include holdings of metalwork, ceramics, architectural woodwork and textiles, in particular from Iran, and also from Turkey, Egypt, Iraq, Syria and the countries of North Africa. The ceramics collection is internationally the most important and comprehensive of its kind. It is particularly strong in Iranian wares, tiles of all countries and includes a large number of sherds.

The collection of Mamluk carved wood is one of the best outside Egypt, and there are strong holdings of later Persian carved and lacquered wares. The metalwork collection, which includes vessels, jewellery, and arms and armour, is also one of the most important in the world. The textiles collection is of equally substantial range and importance. It includes early woven silks, embroideries and carpets, most famously the huge 16th century carpet from the shrine at Ardabil in Iran. There are smaller collections of ivory, rock crystal, stone, books, manuscripts, calligraphy and other works on paper.