Caring for Your Metal Objects

Metal has been used extensively by a multitude of cultures throughout history. If you think your object has significant monetary value, or it has historical, aesthetic or sentimental value and you wish to pass it on to future generations, consider having it valued, insured and professionally conserved. 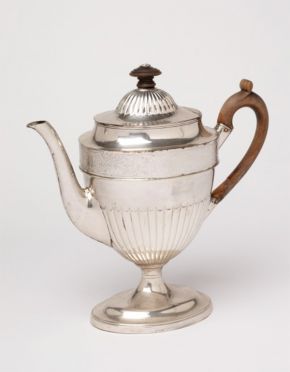 After identifying the type of metal your object may be made of, the next step is to examine your piece in good light. Use a padded surface if possible, for example thin foam or cardboard covered with blotting paper, to prevent scratching of the object or the table surface. Then look out for the following:

Contrasting or precious metals can be used for decorative effect and will need to be identified. The main techniques are: 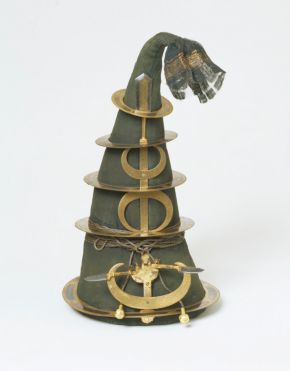 Beware impersonators - as well as platings, many metal alloys have been used to imitate precious metals. Examples include:

If in doubt about an object's composition or surface finish, leave your piece uncleaned or consult a conservator before you start. 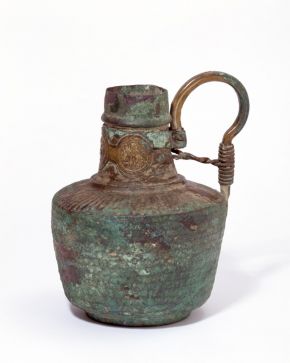 Corrosion products can be intended, in which case terms like patina and oxidation are used - or not intended e.g. tarnish, rust or verdigris.

Some corrosion product layers offer a degree of protection against further corrosion ('passivating layers'), e.g. black oxidation on iron, whilst others do not, e.g. orange rust on iron or black tarnish on silver. Check your metal items for signs of corrosion regularly, ideally when dusting or cleaning. No corrosion is completely inactive - even passivating layers, which slow down the corrosion process, do not prevent it entirely.

Corrosion will be caused or accelerated by: 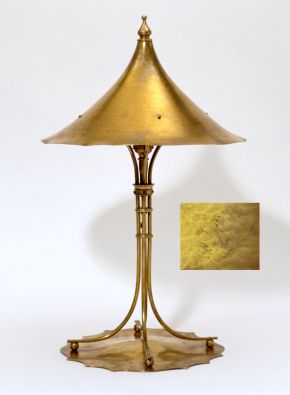 The oil on your hands contains acids, lipids, sugars and proteins, as well as residues from items you have handled previously. If not wiped off metal objects, fingerprints can cause localised corrosion that causes the print to be permanently etched deep into the surface. This is very difficult to remove.

Objects handled and cleaned on a regular basis are not at so much risk of this problem, as the individual fingerprints will at least be smeared over the surface, even if they are not completely removed. The lamp illustrated here was handled once without gloves and then put into storage. The chemicals in those fingerprints have been allowed to eat into the surface without being smeared in any way, and so the distinctive fingerprint can be seen as dark corrosion products. Each dot is an individual pit going into the surface.

Metal objects can be damaged through use or accidents. Parts can break off, or become detached when rivets fail. A common cause of damage is poor storage, where objects are piled on top of each other, causing scratching and, in extreme cases, deformation of a light object by a heavy object placed on top of it.

Repairs to antique metal objects which involve re-shaping should be referred to a professional conservator. Metals tend to become embrittled by age and can crack or fracture if not handled very carefully.

Please read the Basic Guidelines page before attempting to clean your object.

Please note that this page was updated on 1st December 2015.