Caring for Your Textiles

Caring for Your Textiles 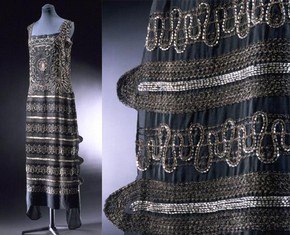 This section contains information and advice on how to look after domestic textiles, including linens, carpets, rugs and upholstery; wedding dresses and veils; and historic costumes. It highlights common problems, tells you what to avoid and provides practical guidelines on how to care for your textiles.

Textiles are one of the most common features of daily life. Textiles may be valued for historical reasons, such as the sumptuous hangings, curtains and carpets associated with historic houses, or they may hold significant sentimental value, carrying treasured memories of use by our loved ones.

You must decide whether your textile has historical, aesthetic or sentimental value and whether you wish to pass it on, either to your children or to future generations. You may wish to use some textile items in a limited way, such as wedding dresses, christening gowns or linens, but to limit the damage this will inevitably cause. If your textile has significant monetary or sentimental importance, consider having it valued, insured and professionally conserved.

All types of fibres are processed and then spun to make yarn. In spun yarns, the tightness of the spin and the number of plies produces typical qualities. The yarn is knitted or woven to make fabric. The chemical and physical properties of the fibre, how the yarn was prepared, the woven structure of the fabric and how it was cut and used will determine the properties of a textile, how it will withstand use and how it will deteriorate.

A wide range of materials, such as metals, wood, glass, plastics, leather, fur or feathers may be found in or on historic textiles and can complicate cleaning, care and storage. In some cases the problems with these materials can affect the life of the textile as a whole, for example the weight of beads on a net dress can cause tears as the net ages and becomes more fragile.

Some problems in textiles are internal and are caused by the properties of the fibres themselves. Many synthetic fibres are chemically unstable and discolour, degrade or simply fall apart as they age. Exposure to light will accelerate these problems. Other internal problems are caused by manufacturing processes. Silk, for example, was artificially 'weighted' in the late 19th and early 20th centuries.

Weighting involved chemically bonding metal salts to the fabric. It made the silk rustle and gave an impression of quality and luxury. Weighting could be used on a high quality silk, or to make a cheaper silk appear more expensive. As silk was often sold by weight, some manufacturers would deliberately overweight their silk in order to increase their profits.

The tin salts used in the late 19th and early 20th century for weighting cause problems. Tin salts, and the process used to apply them, attack the fibres, weakening them and making them more easily damaged by acids, alkalis, high temperatures and light. Tin-weighted silks are likely to be very fragile and prone to 'rotting' or shattering and may disintegrate if handled carelessly. Because the weighting is chemically bound to the fabric and cannot be removed, the problem is inherent to the textile.

Another inherent problem with historic textiles comes from the use of iron salts to fix black dyes. Before the introduction of synthetic dyes in the mid 19th century, it was very difficult to produce a dense black for fabrics and yarns.

Metal salts were used as a fixative (also called a mordant) and to chemically modify the colour of a natural dye. One such mordant was based on iron, which gave a rich dense black. Over time, the iron salts attack the fibres themselves, weakening them to such an extent that they eventually turn to dust. As with tin weighting, iron mordants are chemically bound to the textile fibres and cannot be removed.

Avoid cutting up and repurposing worn out textiles

Cutting up textiles to use them in a different way is a common remedy, particularly when the ground fabric of the original textile is in a sad state. Damaged tapestries have been cut up to make cushions, whilst embroidered dragons from Chinese silks are sometimes mounted for display. After all, this is simply a way of extending the use of an attractive but worn out textile. Before cutting, seek advice as to the value of the piece and whether conservation is possible or financially viable . Many historically important textiles have been damaged or lost in recent times, for example embroidered altar frontals where embroidery has been cut off and remounted, destroying the integrity and value of the original textile.