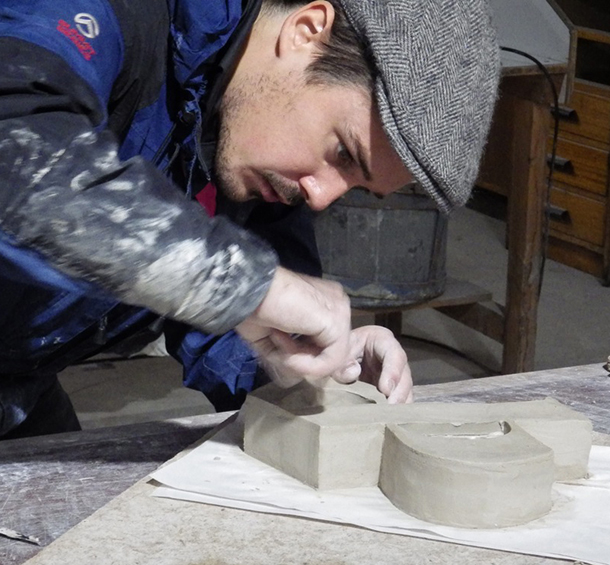 Supported by Jeremy and Margaret Strachan

Matthew Raw is an artist who works predominantly with clay and responds to people and place to create sculptural objects. He discovered a love for working with his hands and materials on the Wood, Metal, Ceramics & Plastics BA at the University of Brighton. In 2010 he completed a Masters at the Royal College of Art in Ceramic & Glass. Within his diverse practice, Matthew places a strong emphasis on residencies – this has resulted in time spent at the International Ceramic Research Centre in Denmark, Cranbrook Academy of Arts in Detroit, and the British Ceramic Biennale in Stoke-on-Trent. He has exhibited internationally and has been selected for the Jerwood Makers Open. He lives in London and works out of Studio Manifold in Hoxton, East London. 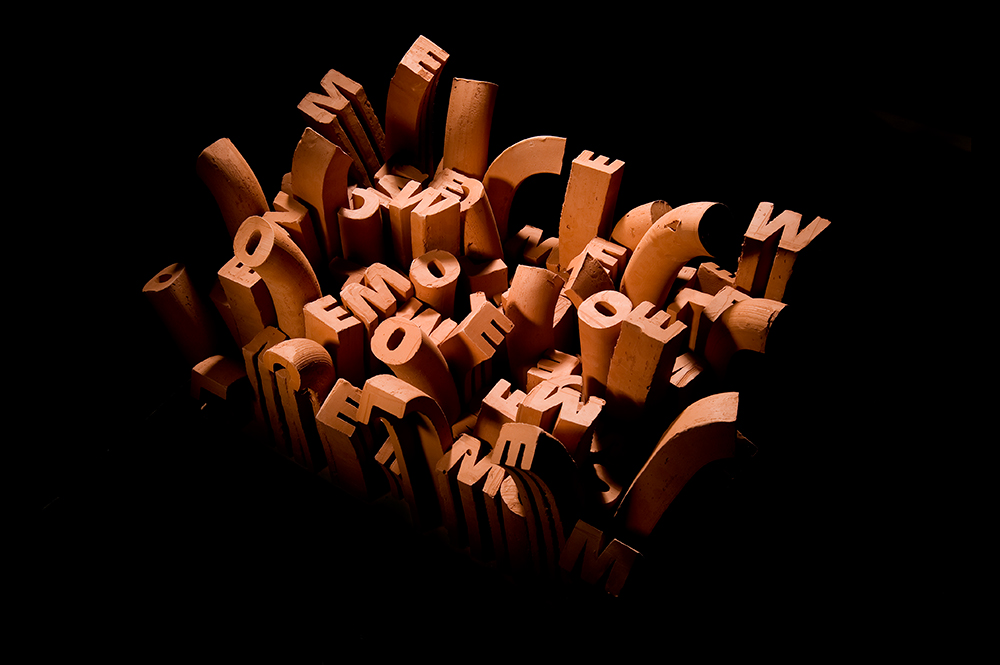 I look for new ways in which language can coexist with form, fusing a relationship between the narrative and the structure. Thorough research directly informs the making, alongside material experimentation in the studio. After careful consideration, I often use pertinent extracts of text, which I manipulate and incorporate into my work. The text commonly conveys a strong conceptual content, and since graduating from the Royal College of Art, I have explored language to do with location, identity, and displacement. I am influenced and engaged by related and open-ended dialogues surrounding the developing work and subject matter.

My up bringing in Manchester has influenced many of my concerns and interests in art and wider society. As the son of a lettering artist, I grew up surrounded by all manner of language in artistic contexts. More recently, thoughts of ‘home’ have led me to explore the pertinent topic of gentrification, as I reflect on my current situation and location in East London. When in London, my work in the studio tends to challenge my role and place within society, focusing on the complexities of London and city living. For my work at the Jerwood Space, I created ‘The Shifting Spirit’ – a tiled installation of an actual sized pub façade. The project allowed me to investigate what the evolving pub reveals about its location, and further develop my thinking and artistic response to the transient movement of people. 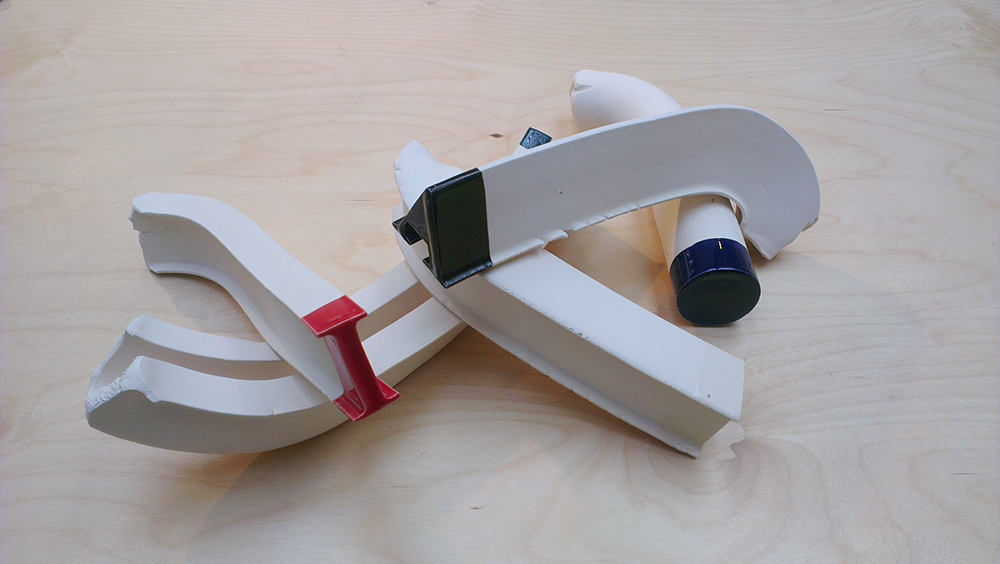 The focus of my residency was to investigate the current climate of domestic art education, and I planned to manifest these findings, thoughts and feelings in ceramics by exploring the ‘three-dimensionality of the tile’. With my experiences from school through to MA, and now being an educator myself, I am well placed and engaged in this ever-changing and topical issue. After my Masters, I worked for a year at the Royal College of Art Students Union, and was involved in the demonstrations against the then planned (now implemented) funding cuts to art courses. The lack of art lessons given at schools, and the hike in University tuition fees, coupled with an overall educational focus on recruitment and profits, present huge concerns that I feel I want to understand more and ultimately tackle. 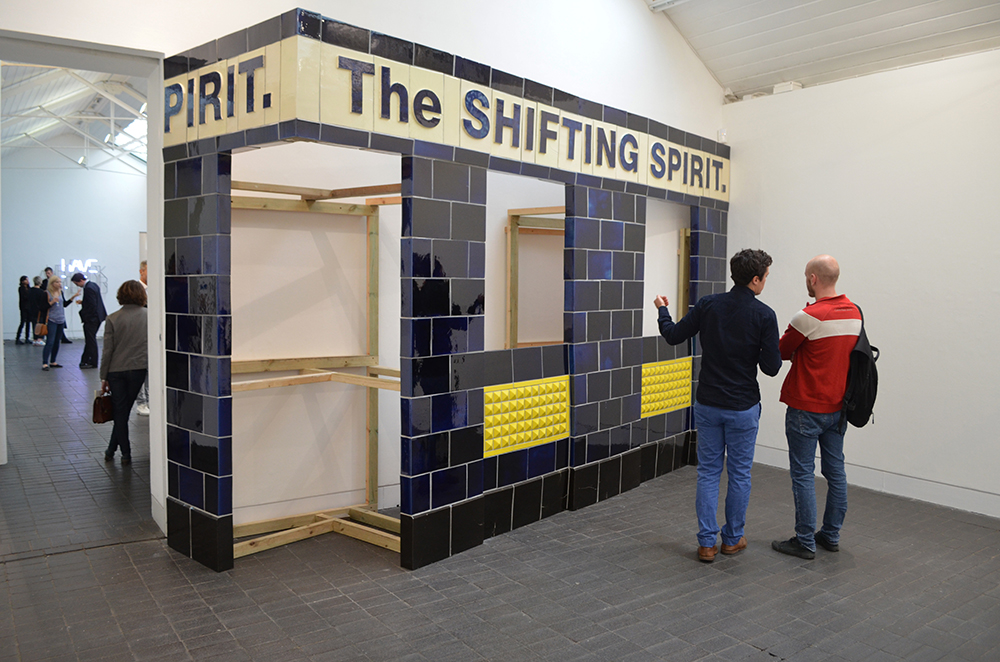 The residency also placed a strong emphasis on public engagement. I am interested in participation and ownership, and have developed skills and experience as a workshop leader working with such organisations as the Crafts Council, Clayground Collective, ReachOutRCA, and Manchester Aid to Kosovo. I used my time here to run an accessible project that celebrates the diversity of the visitors to the Museum. Participants were encouraged to create a ‘text tile’ which was a component of a larger Tower of Tiles, and spell out a quote about the importance of making things with ones hands.

Accessing additional know-how is something I incorporated into my residency. This would primarily come from in-house expertise, but I hoped to also include consultation from a wide variety of practitioners that exist beyond the walls of the Museum. These included experts from the worlds of pattern, typography, education and manufacture, and I explored different ways of recording these conversations with the intention of feeding the content into my three-dimensional work.