Chinese zodiac: the Year of the Ox 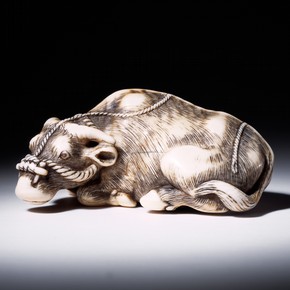 The Chinese use the lunar calendar for festive occasions including the New Year which falls somewhere between late January and early February. The cycle of twelve animal signs derives from Chinese folklore as a method for naming the years. The animals follow one another in an established order and are repeated every twelve years - rat, ox, tiger, rabbit, dragon, snake, horse, sheep, monkey, rooster, dog and pig. Each animal has particular characteristics and people born in a certain year are believed to take on these characteristics.

People born in the Year of the Ox are strong, reliable, fair and conscientious, inspiring confidence in others. They are also calm, patient, methodical and can be trusted. Although they say little they can be very opinionated. They believe strongly in themselves, but are also stubborn and hate to fail or be challenged. Although they do not lose their temper easily their anger can become explosive and impulsive. They are serious, quiet and not naturally sociable, which can make them dull. Ox people have a great deal of common sense.

The following objects show examples of oxen from different parts of the V&A's collections. The ox has different meanings to different cultures and religions throughout the world.