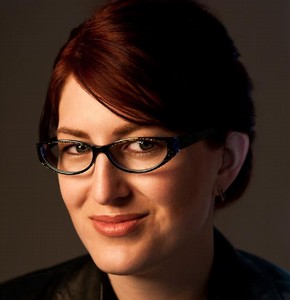 Hayley Nebauer is a costume designer who works primarily in film. Costume designers design and create everything worn by actors and extras in a film from their undergarments to the most elaborate of costumes and accessories.

Fascinated by unusual architecture and contemporary metalwork, for over a decade Hayley Nebauer has been blending her love of rich historical costume with contemporary design to create new hybrid aesthetics. Hayley specializes in Hybrid Fusion design, which is the seamless blending of two or more aesthetics or ideas into one.

With a strong costume cutting and making background, many of the productions she designs have a high percentage of costumes custom made for purpose. Having a strong knowledge of costume history and construction, she also works frequently in historical costume.

Colour remains a central focus of Hayley’s work. A controlled and rich colour palette can define a production as strongly as the aesthetics themselves. Balance through asymmetry and the use of hard curves also define Hayley's more stylized work.

With strong experience in both period costume and contemporary, Hayley continues to work on varied projects, with a strong emphasis on new creative design for the future while reflecting the richness of the past. 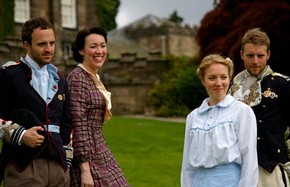 Hayley Nebauer, costume design for Much Ado About Nothing, 2009

Most recent influences on Hayley’s work have included specific works of contemporary architecture and industrial design objects, blending these with 18th century costume. These highly visual concepts are however not suitable for every film project. Therefore, Hayley has been developing ways of considering unusual influences and how to incorporate them into contemporary films or productions which need a more subtle design theme.

Recent film projects have been varied, predominantly being set in the period from the 1960s to now, with a few projects being set in much earlier periods. For these projects, Hayley has been developing blending her design aesthetics, for shapes with hard curves and uplifting lines, to give a subtle cohesive feel to each production while not detracting from the core of the film itself. Hayley believes that while experimental design is exciting, design for the sake of design, or design that is inconsistent with a project or distracts from the production, is a failure on the part of the designer.

Research interests in the V&A Collections 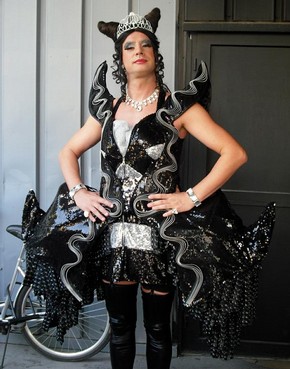 During her residency, Hayley researched and drew from varied exciting collections at the V&A, most of which have very little direct relationship to costume, or so it might seem...

Hayley’s major project while in residency was the creation of a short film, The Hybrid Project, which drew primarily from Rococo (late 18th century) and Streamline (1930s) works, looking specifically to the Silver and Ironwork Collections, and the 20th Century Gallery.

Other collections that also played a major role in Hayley’s work, included Jewellery, Glass, Furniture, Sculpture and Theatre & Performance. Taking inspiration from so many collections, Hayley drew from the commonalities between objects from specific periods and aesthetics.

This research fed back into Hayley’s design theory research, relevant to Hybrid Fusion design and Hayley’s personal practice, as well as feeding directly into one feature film and the major project, The Hybrid Project.