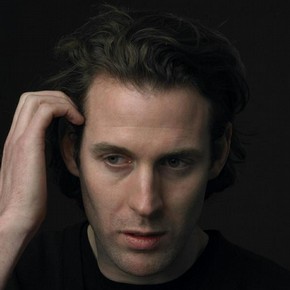 Christian Kerrigan is a digital artist specialising in the deciphering of man's relationship to technology, nature and time. He uses digital technology to make objects, installations, and drawings which draw out an array of ideas about nature, technology and mortality. Christian was Digital Artist in Residence at the V&A between January and June 2010.

See a short film about Christian's Residency on Vimeo

Christian Kerrigan was born in Co. Wicklow, Ireland in 1979. He graduated from Edinburgh College of Art and in 2007 completed a Master’s degree at the Bartlett School of Architecture, where he was awarded the Fitzroy Robinson Drawing Prize and the Reid Prize for Postgraduate Diploma. That year Christian began ‘The 200 Year Continuum’, a continuing anthology of narratives around society’s relationship to new technology and the natural world. He started working at the architects and production design company STUFISH, designing stage sets for large concert venues and art pavilions and also exhibited his own installations at the Jago Contemporary Art Gallery, 2008 and the Bargehouse, 2009.

From February–July 2009 Christian was Arts Council Artist in Residence at Our Lady's primary school, Stoke-on-Trent, developing use of digital technology. In March 2009 his work was selected for Tate Modern ‘Unilever Series: Dominique Gonzalez-Foerster – TH 2058’and Visionary Drawings by Massachusetts Museum of Contemporary Art. In August 2009 his narrative ‘The Amber Clock’, was published in Leonardo, the journal of the International Society for the Arts, Sciences and Technology, and in Technoetic Arts, a journal that focuses upon the juncture between art, technology and the mind.