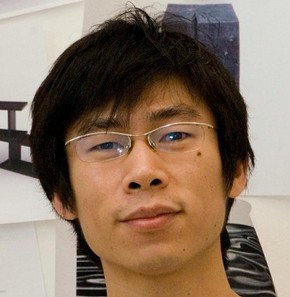 Lao Jianhua (1978–) is a product designer currently living and working in Shanghai, China. After working for several major Chinese design companies, Lao opened his own design studio, J Y DESIGN Shanghai, in 2008. He was the V&A's first international Museum Resident and was at the Museum between November 2008 and April 2009, helping the Museum to celebrate the 2008 Year of China.

Lao Jianhua was born in Shaoxing, Zhejiang province, China in 1978. He graduated from Zhejiang University of Technology in 2001, majoring in industrial design. Lao then joined leading Chinese design firm Haier, where he designed mobile phone and other technological products. By 2002 Lao was Haier's youngest project manager, responsible for design in the TV Department and the Mobile Phone Department. His 'Cartoon TV' was a big hit at the 2003 International Consumer Electronics Show, and that year he moved to Haier Shanghai as Head Designer.