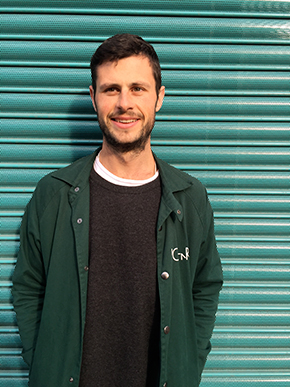 Supported by the National Lottery through the Heritage Lottery Fund

The Exhibition Road building project will be taking place over the next three years at the V&A, with the aim of building a new exhibitions gallery, opening in 2017. As part of the project, we will have a series of three year-long, part-time residencies that will respond to and document the various stages of the build. The first in this series was Drawing Resident Liam O’Connor, who was in residence from April 2014 to April 2015. Our second resident will be Jamie Jenkinson, who will be based in a studio at the Museum for a year, on a part-time basis, from April 2015.

Jamie Jenkinson is a British video artist discussing the video medium and its reception through video, sculpture, installation and performance. Jenkinson studied Video Art Production BA at UCA, Maidstone and Visual Communication MA at the Royal College of Art, London. He has exhibited works internationally including the Hermitage Museum (St Petersburg), Tate Britain (London), MoMA (New York) and The National Portrait Gallery (London). Alongside his practice Jenkinson founded and directs XVIIX, an online gallery for digital arts; and has taught at the Royal College of Art, University for the Creative Arts and Anglia Ruskin. 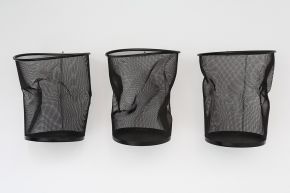 I work predominantly with my iPhone, ‘the words most popular camera’, to produce medium-specific videos manipulating the cameras inbuilt features as a mode of unconventional image making. Influenced by 1920’s abstract film, and the experimental film and video from the 1960’s onwards, I am interested in the mediums image, reception and production, rather than narrative, documentation or representation. Using consumer products to produce my videos, which are often heavily abstracted, engages the spectator’s cinematic cognition through widespread first-hand experience of video production, an understanding unique to our time. In addressing the video medium, as well as its accessibility, these works have developed into sculptures, installations, drawings, and performances.

At the V&A I will be working with the Exhibition Road Building Project, using the site as inspiration for a new series of iPhone works. From the site I will develop a connection between the materials used on site, and those found in the V&A collection. My initial research has been into the ceramic tiling, which will be used in the new entrance upon completion. With relation to my practice, ceramic processes such as Japanese Kintsukuroi and Korean Confucian will be the starting point for a new series of works, where imperfections become the focus, and how both these cultures have gone on to become technological giants. Other interests such as pattern, repetition, the artificial and the reproduced will also influence my engagement with the collection, which will develop over my time as resident.

As well as the collection, the V&A visitors will become part of my work through their use of mobile video technology within the museum. This may be through works they can record, such as mechanical sculptures, and/or producing works through their recordings of the collection as visitors, looking at the unification of cinematography and conventional image making within the highly aestheticised setting of the museum. For this I would especially like to work with the very old and very young, to see how they experience the relatively new phenomenon of accessible video production.

Visit Jamie in his studio to find out more about his creative practice, his work in progress and his residency at the Museum tied to the Exhibition Road Building Project.