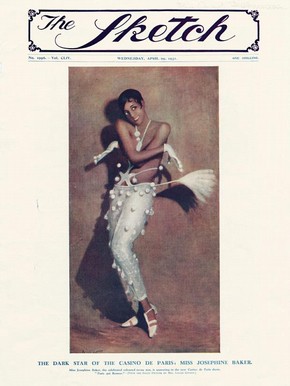 Black culture had a real influence on dance and other art forms in the 20th century. After the American civil war a surge of people from the Caribbean and Deep South migrated into North American cities. In New York the district of Harlem became home to black people from different cultural traditions with their own dances and music.

Harlem became the ‘in place’ to be amongst both black and white New Yorkers – its clubs brought together dance and music that was alive and exciting. Dances such as the Charleston, Lindyhop and Jitterbug sprang from these clubs as did Jazz music. The influence of this Harlem Renaissance on music and dance in New York in the early 1920s spread into Europe.

The first all black musical on Broadway called Shuffle Along opened in 1921. This was a smash hit, creating an interest in black dance in the theatre. The show also developed opportunities for individual black performers and dancers. In 1923 the Broadway hit Running Wild came to England and the Charleston became the dance of the decade.

The Revue Nègre in Paris introduced the dancer Josephine Baker. She became a huge star in Europe but was never as popular in America (where racial tension continued to marginalise black dance and dancers). All black musicals disappeared from Broadway in the 1920s when white musicals started to employ more black performers and black dance was incorporated into their programme.

In Britain, black dancers appeared in musicals and revues from the early 20th century. In the 1920s Florence Mills starred in the Broadway musical Shuffle Along (which inspired the growing popularity for tap dancing) and later Plantation Review which toured to London in 1924.

Her next musical Blackbirds opened in London in 1926 and her song ‘I’m a little Blackbird looking for a Bluebird’ became Mills’s theme song. Her singing was beautiful and her dancing had a comedy streak that audiences loved. Florence Mills became a star in both New York and London. In the UK reviewers proclaimed her talent and she was the talk of London.

Tragically Florence died at the age of 32, after an operation to remove her appendix. Thousands of people attended her funeral in Harlem.

In 1933 C. B. Cochran invited Buddy Bradley to London to work on the Rodgers and Hart musical Evergreen. It was the first time a black dancer had worked on an all white show.

Buddy Bradley was a major force in musicals and revue in Britain in the 1930s and 1940s. Born in Harrisburg, Pennsylvania in 1908, he was mostly self-taught and made his debut as a dancer in 1926 in the Florence Mills Revue in New York. He staged dances in the great 1920s revues for Ziegfeld, George White, Earl Carroll and Lew Leslie’s legendary black revue Blackbirds. He also staged routines for such stars as Eleanor Powell, Ruby Keeler and Adèle Astaire.

In the 1930s he left New York and danced in London in C. B. Cochran’s 1931 Revue. There was a rumour that he was forced to leave New York because the Mafia owner of Harlem’s Cotton Club did not appreciate Bradley teaching his girlfriend to dance.

Bradley went on to work with Jessie Matthews and Jack Buchanan on their major musical shows and films throughout the 1930s. In 1932 he collaborated with Frederick Ashton on a ballet High Yellow. Bradley had to teach the ballerina Alicia Markova how to dance with snake hips. He said that the most difficult thing to teach classical dancers was how to bend their knees.

Until 1967 Bradley ran a dance studio in London. He also continued choreographing in England, France, Switzerland, Italy and Spain. His choreography mixed classical and modern dance and he also took movements from ice shows and jazz. When tap fell out of favour in the 1950s, he concentrated on jazz dance. He became the first African-American to run a British white company when he formed his own group to appear in variety shows and television in the 1950s. 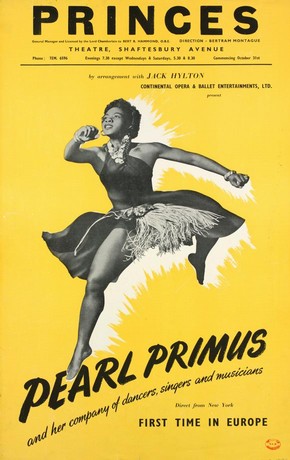 The emergence of a black modern dance movement was inspired by the work of two black American women, Katherine Dunham and Pearl Primus. Both were academics as well as dancers and spent a great deal of time researching the origins of black dance in the USA. Both toured to Britain with great success. In particular their work influenced the young Berto Pasuka, who went ahead to form the first British black dance company Ballet Nègres.

Dunham made her name in 1934 on Broadway with musicals Le Jazz Hot and Tropics where she introduced a dance called L’ag’ya. This was based on the rhythms and martial arts dances of the slaves who used dance to develop their stamina in preparation for uprisings against their white masters.

Dunham researched dance from Haiti, Jamaica, Trinidad and Martinique for her choreography. She believed that black dance should have equal status with the white European tradition and wanted to trace black dance roots. The technique that she developed also drew on ballet and modern dance. In 1944 she founded a school of dance. At her school students learnt philosophy, anthropology and languages as well as tap, ballet and primitive dance and percussion

Pearl Primus was the first black modern dancer. Strange Fruit was her first performance. It had no music but a sound tape of a poem about a black man being lynched by a white racist. It was passionate and angry. Like other black dancers in the emerging black dance culture she used the art form to express the social and political constraints on black people within America.

She was born in Trinidad before her parents immigrated to Harlem in 1919. She worked at the New Dance Group Studios which was one of few places where black dancers could train alongside whites. She went on to study for a PhD and did research on dance in Africa. Her most famous dance was the Fanga, an African dance of welcome which introduced traditional African dance to the stage.

In the 1940s, Pearl Primus was one of the first dancers to make an in-depth study of black dance traditions, embracing West Indian, African, and primitive dance. Her recitals and performances with her company showed these dances both in their authentic form and used as a basis for new choreography.
She was an important figure in the preservation and study of ethnic dance and was consulted on dance in many countries, including Libya. This photograph shows the influence of African dance on Primus' work. She spent three years in Africa making a survey of native dances and, on her return in 1951, she presented many performances based on the dances and rituals she had studied.

In the 1950s and 60s Arthur Mitchell challenged the myth that black dancers were unsuited to ballet. He grew up in the Harlem district of New York and when he was 18 won a scholarship to the School of American Ballet. On graduation in 1956, he joined New York City Ballet and danced with them for 15 years. George Balanchine, the choreographer and founder of the company, created many roles for him, including the ballets Agon and A Midsummer Night’s Dream.

Mitchell had a great belief in the power of education to help children develop their potential. He wanted children within the black community to have more opportunities. In 1968, shortly after Martin Luther King's assassination, Mitchell founded a school called the Dance Theatre of Harlem. The school was a huge success and in 1971 the company, also known as Dance Theatre of Harlem, gave its first performances. It has since performed to great acclaim all over the world. The repertory includes works by major 20th-century choreographers, including Fokine, Nijinska, Balanchine and Jerome Robbins. Mitchell also commissioned works, some of which explored the origins of black dance.

Born in Texas in 1931 in a poor rural area, Ailey was inspired to dance after seeing Ballet Russes de Monte Carlo as a schoolboy. He trained at Lester Horton Dance Theater in Los Angeles and later with Martha Graham, Doris Humphrey and Katherine Durham. He supported himself during his studies by dancing in Broadway musicals and teaching. During this time he was lead dancer in Jamaica, a musical choreographed by Jack Cole.
In 1958 Ailey founded the Alvin Ailey American Dance Theatre. The company’s twin aims were to express black cultural heritage and enrich American dance. His choreography showed a highly individual mix of elements taken from primitive dance, modern dance and jazz dance. His most famous and popular work is probably Revelations.