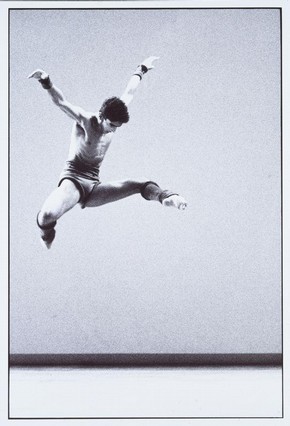 The first British black dance company was Ballets Nègres. Its founder, Berto Pasuka was born in Jamaica and learned dancing from the Maroon Negroes, descendants of runaway slaves. He performed native songs and dances for tourists. In 1939, convinced he had to be a dancer, he came to Britain.

In 1946 Pasuka launched an eight week season of Ballet Nègres at a small fringe theatre. The first black dance company in Europe, it included British-born black dancers, a Canadian, three Nigerians, a Trinidadian, a German, a Guyanese, two Jamaicans and a Ghanaian. The five drummers were from Nigeria. The company rapidly won glowing reviews and toured both in Britain and internationally. Pasuka created all four works himself, basing them on Caribbean themes from philosophy to the daily bustle of Market Day.

The company lasted for six years but failed to gain official subsidy. Without subsidy or capital, it was impossible to maintain the dancers and create new works from box office takings alone. The company closed in 1952. Pasuka died in 1963.

Adzido presents classical African tribal dance adapted for stage performance, moulding traditional dances around selected themes and poetry. It was founded by George Dzikunu in 1984. After founding Adzido he toured many African countries researching dance for Adzido’s repertoire. Adzido’s first full length piece was Coming Home, with 28 dancers and musicians telling the story of the son of an African chief who returns home to Africa from the West and discovers he has forgotten his tribal dances. The show was performed at Sadler’s Wells Theatre in 1988.

Irie! Dance Theatre was founded by Beverley Glean in 1984. Born in the Caribbean, Beverley Glean trained at the Laban Centre for Movement and Dance in London and then worked at the Albany Empire as Dance Development Officer. Irie! Dance came out of a project to celebrate Caribbean culture in Deptford in South East London. Irie’s first major production was a reggae production of the Orpheus myth, Orfeo in a Night Town, set in the Caribbean. It opened at The Place in 1989.

Phoenix Dance Company was formed in 1981 by Leo Hamilton, Donald Edwards and Villmore James. They all attended Harehills’ Middle School in Leeds, where, unusually, dance was a compulsory subject for boys and girls, taught by Nadine Senior. By 1982 they were performing outside Leeds and the number in the company had risen to five. By 1989 the first female dancers were under contract and in 1990 Phoenix was nominated for the Laurence Olivier Award for the most Outstanding Achievement of the Year in Dance.